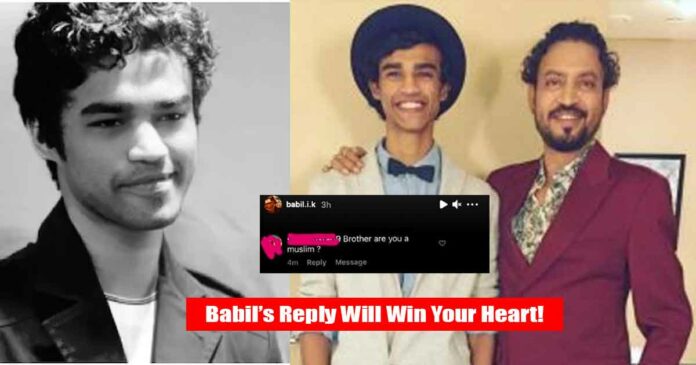 In 2020, Irrfan Khan, one of the finest artistic talents of the world passed away. It was a grim year for the Indian film industry. He made his presence felt in 2003 with films such as Vishal Bhardwaj’s Maqbool and Tigmanshu Dhulia’s Haasil among many others. Moreover, it didn’t take much time for his talent to spread overseas. He appeared in a medley of international films such as The Darjeeling Limited, Slumdog Millionaire, The Namesake, The Warrior, Jurassic World, Puzzle, Inferno, The Amazing Spider-Man, Life Of Pi, and New York, I Love You.

The late star managed to still experiment with projects like Qarib Qarib Singlle, Piku, and Karwaan after impressing both national and international audiences. He was last seen alongside Kareena Kapoor Khan, Radhika Madan, Ranvir Shorey, Dimple Kapadia, Deepak Dobriyal, and Manu Rishi in Homi Adajania’s Angrezi Medium. The film was appreciated by both the audience and the critics. This film will always hold a special place in everyone’s hearts.

However, all eyes are on his son Babil Khan ever since actor Irrfan Khan passed away. Fans are closely observing each move of the star kid. They even have been passing judgment without fail. Be it a hate comment or an appreciation post, even the young aspiring actor makes sure to respond to every comment. He also makes sure to keep the ultimate legacy of his late father alive.

Recently, a fan asked him about his religion on Instagram, and without fail, Babil gave a befitting reply that won our hearts.

Recently, a social media user was a little too interested in his religion rather than his picture. The user went on to ask him if he is a Muslim? Well, this is not the first time when Babil has taken a fan comment so seriously. He felt the need to post it on his Instagram story and give a befitting reply.

Babil Khan, the star kid did not lose his cool or get irked by his question. Instead, he simply replied by saying that he does not belong to any particular religion. He just wrote, “I am Babil.” Babil shared a screenshot of a comment in his Instagram stories and wrote, “I’ve read the Bible, Bhagavad Gita, Quran, and I’m in the middle of reading Guru Granth Sahib. I am for all. How we help each other evolve is the basis of all religions.”

Take a look at the screenshot of Babil’s story on Instagram:

Babil has also talked about being “raised as a man without religion”, in the past. He replied to an Instagram user last year, “I have enjoyed the festivities of Diwali and Holi and Raksha Bandhan and Eid and I’ve also been to a church and paid my respect. I LOVE PEOPLE, I’m trying to stand FOR PEOPLE.”

We must say that just like his father, he has got immense patience. We are sure that hardly anyone must have seen Irrfan Khan getting angry at people even if they were trolling him and making fun of him. It is really a very rare quality to possess. However, we are glad that his son Babil Khan has that.

Babil stated last month that he was dropping out of college so that he can focus solely on his acting profession. He shared a post to share the news with fans and wrote, “I will miss you so much. My beautiful friends. I have a very tight circle here in Mumbai, literally 2-3 friends in total. You all gave me a home in a strange cold place and made me feel like I belonged.” He further added, “Thank you, I love you. Film BA, dropping out today, with over 120 credits cause I’m giving it all to acting as of now. The Goodbye university of Westminster. I love you my truest friends.”

He was studying cinema at the University of Westminster. However, he will soon be seen opposite Tripti Dimri in Anvita Dutt’’s Netflix project Qala. The project will be produced under the production banner of Anushka Sharma. Even before the release of his first film, he has also bagged his second project. He will star in a film directed by Shoojit Sircar.