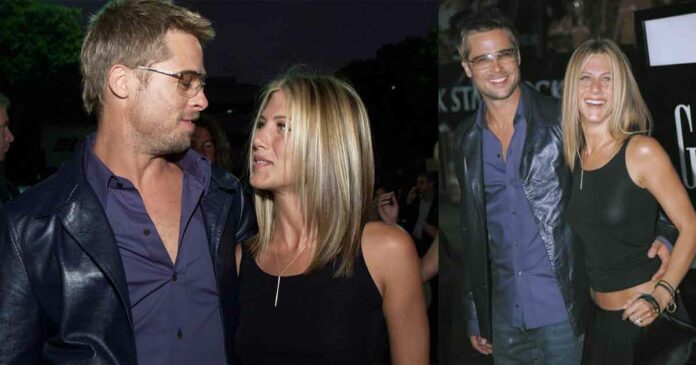 Fans of Jennifer Aniston and Brad Pitt are eagerly waiting to see them together and why not? It’s a visual we have been missing for ages. The couple always looked beautiful and their fans loved them a lot. It was unfortunate that the turn of events between the two was totally unexpected. And for the same reason, there exists a section of Fans who don’t want Jennifer to get back to Bradd because they feel what Bradd did to Jennifer back in time wasn’t acceptable at all.

Leaving all views aside, it recently came into light that Jennifer and Bradd have agreed to come together in a read-through of ‘Fast Times at Ridgemont High’ for charity. Well, it’s a much-awaited online event everyone has eyes upon. The event was earlier scheduled to go live on 21st August but unfortunately, that didn’t happen.

The obvious question that comes up is: WHY?
Well, as per the updates we have, the event was delayed due to some technical difficulties. We are not sure what the technical difficulty was but we surely understand the fact that it’s really a tough task to bring onboard such huge stars together. And the task gets even more difficult owing to the fact that all of them would be at different locations, probably at their home. Considering the pandemic and the lack of any vaccine in the market we are assuming this. So coordinating and syncing the event becomes really tough.

Anyways, don’t lose hope as the event is set to be rescheduled soon. It’s officially announced on Core’s Facebook Page about the delay and upcoming rescheduling.

Even Dane Cook took to Instagram to announce the same from his profile:

I will be updating this post throughout the day so come back for more 411. (Update 1:07pm Pacific) New date & time on route! Sadly this pandemic is not only postponing classes in 2020 but also at Ridgemont High in 1982! #FastTimesLive UPDATE: The table read event scheduled for tonight has been postponed due to technical difficulties. We look forward to revisiting Ridgemont High soon. Stay tuned.

There’s an ongoing fear among the people that whether the cast will remain the same or is it going to change? Well, that’s a real concern because big stars are mostly packed with their schedule and it becomes really tough for them to accommodate something unforeseen. So we can’t yet say if the cast is going to be the same or it will change. There’s no official update of anyone dropping out of the event yet. And let’s hope everyone makes it to the show whenever it’s rescheduled in the future.

Fans have been waiting for a long time now to see Aniston and Pitt come together on screen and when the event was announced, the news spread on social media like fire. So hopefully, the fans of Jennifer and Brad don’t get disappointed in this.

We will keep you updated with the proceeding and updated dates of the event once they are out so that you don’t miss the event. So don’t forget to check us back soon!