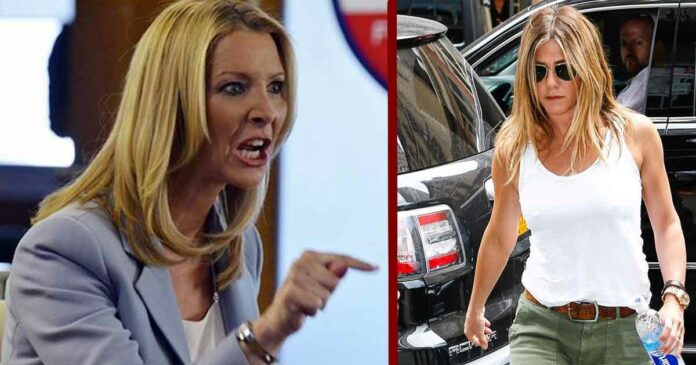 FRIENDS is a show that you can watch with your whole family! Sit around with your children or your grandmother, but you won’t be embarrassed, unlike the shows that are coming up today. The creators have taken special care to keep it that way. The show features people in their twenties, who are fooling around or talking about their fantasies, but still, the scenes are clean, and the lines are acceptable. Do you remember any scene from the show where you found them abusing?

If you are trying to think about Phoebe then yes you remember it right, she was the one who abused on screen. However, lines were not audible, and anyone could hardly figure out what she said. The show projected Phoebe as a rogue character and gave us a feeling that she was the one who could be tough when needed. And as fans, we believed it! We have always seen Phoebe as the one who can dominate others and get her way out. No doubt her childhood was tough, and it helped her pick up the rough characteristics. But was it also true for Lisa Kudrow?

In real life, now if you look at Phoebe, what do you feel about her? Do you think she can be as rude as her character, Phoebe? Or do you think she is the opposite of what Phoebe was? We will answer it with substantial proof soon but before that a little thought about Rachel.

Rachel was sweet and simple, but when things go out of control, she didn’t back out from using little curse words. Don’t forget she was the one who enhanced Ben’s dictionary a little. But in a whole, if we look at Rachel, she was not rough and was quite a pushover.

Now if we say that both of them are opposite in their real life? What if Phoebe is like Jennifer Aniston and Rachel is like Lisa Kudrow in real life? Well, it won’t be wrong to say that because we came across a video where we could see Lisa losing to Jennifer while passing abuses!

Yes, you read it right, Lisa and Jennifer were spotted abusing on screen. And this time not just small baby like abuses but real and dangerous ones. The video will shock many as the innocent girls can be rough too. I know it’s not a big deal for many of us but we never imagined our favourite stars abusing on screen. So it feels a little weird and amusing at the same time to see them passing abuses.

Now you must be wondering why the hell were they abusing right? It turns out it was a game they were playing where the one who is out of abuses will lose. Sounds easy right? Maybe you have a vast dictionary, but it’s not true, for these two girls from FRIENDS. They had to struggle a lot to find some real and insulting abuses, and eventually, Lisa gave up as she didn’t have anything else in stock.

If you are now curious to watch the video then hang on as we have it here for you. But be warned the girls were really bad*** so don’t take it lightly. You will never again see such a video again unless Jimmy Kimmel calls them together for another round of the game. And we do hope after so many years, now Lisa Kudrow might have some new and updated words to spill out. And the competition will be tough this time! Highly doubt that anything like this is ever going to happen again so let’s head out and enjoy the video now!