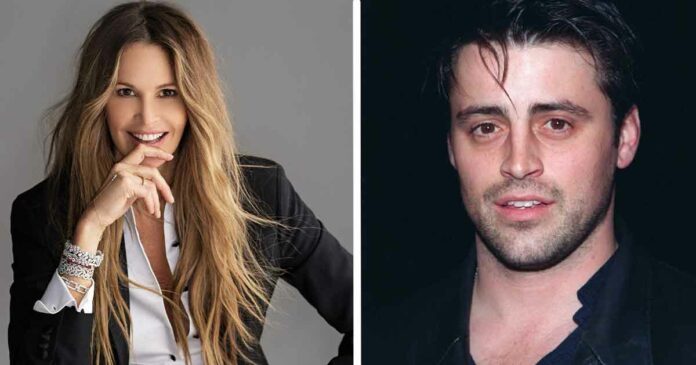 In one of the classic sitcoms FRIENDS, Chandler and Ross were portrayed as two guys who were losers when it comes to women, while Joey due to his impressive skills in wooing women, managed to date a lot of them. However, even after having a long list of romances, he was the one who ended up being alone in the series finale. That’s not surprising because, among all those women, he had a true connection with only a few.

Since the list of Joey’s Girlfriend is huge so today we wish to analyse them and pick a few whom can never forget. All characters in FRIENDS are unique in their own way but the one thing that makes them similar is comedy! Every character that came in, brought a bunch of laughter with them. Here we have tried to narrow down the list of women who had noteworthy stories with Joey and created a character that we can hardly forget in this lifetime. Let’s check them out:

Janine could have been the one for Joey if the show had wanted because they shared a deep friendship before they became a couple. The only issue was her dislike for Monica and Chandler. Otherwise, the couple looked perfect together and rarely had any issues. Janine also made Joey more of an understanding personage, which also includes appreciating his feminine qualities. She made him adaptable and made him realise the importance of compromising in life. Moreover, these two looked like a really attractive couple. But sadly, things had to end between them. But many guys might have got a crush on this girl while watching the show, do comment if you are one of them.

Cecilia was the only woman who understood Joey’s love for acting. She also understood how hard he is trying to reconcile his career opportunity along with the feelings of guilt for stealing Cecilia’s role. She became a sort of mentor to him to elevate his acting skills. Also, the student-mentor relationship turned out to be an intense connection where the attraction turned into love (though short-lived). The relationship went further deep because Joey was the first person who got Cecilia to open up and encouraged her to follow new opportunities. Moreover, they had a clean parting, unlike Joey’s other relationships that make us wish Cecilia had reunited with Joey in the future.

Melanie was like Bernadette’s character in the show “The Big Bang Theory”. She was caring, nice, and nurturing toward Joey. It was to the point where it seemed like she was quite motherly for him. So, Melanie would be right on top of the list, if you’re thinking wife material for Joey. Melanie stuck around Joey long enough for him to have a comfy relationship since Joey couldn’t go all the way with her at the time. The science project Joey was part of made him explore another level of love and somehow he loved it! Which sounds strange, given Joey’s character. But eventually, when his project gets over, he is like the blind man who got his sight back and now he was ready to explore love the usual way. So sadly, that’s where things ended for Joey. However, they looked cute together as a couple and it’s a shame she was there just for the one appearance.

Erin was a fun person who shared Joey’s interests and had his habit of dumping lovers too. She was basically Joey in the female form which was the only problem with Erin. Erin was a breezy character who was full of life and liked to make others laugh, and Joey certainly came to know that. Erin could certainly be the character would’ve lasted longer, if she wasn’t like Joey. There was easily a good connection between them but the plot had to dump her which is sad.

Kate was the first true love interest Joey had. She came across as a very selfish person who tried to influence her career by sleeping with men in a position of power. However, we finally saw Joey get a real storyline due to his interest in her and we also noticed some evolution in Joey’s mind regarding love. Kate tried to be pleasant in return for what Joey did to have Kate see how genuinely he liked her. They both got together but unfortunately, her career still mattered more to her by the end.

To see Joey use some tactics to gain a woman’s favour was a nice change of pace. To make Angela jealous, he even employs Monica to pose as his girlfriend. She’s ranked so high up because before the show’s events, apparently, she and Joey were together for three years. Since Joey was never shown to be in a relationship longer than a couple of weeks, that’s an unprecedented time for Joey to have a girlfriend. There must have been something amazing about Angela.

Since it seems that Katie liked being with Joey, she definitely deserves a higher spot despite having a one-time appearance. Joey had a problem only because she liked to punch him all the time. It came across like she does that because she is so fond of him but it turned out that she liked to punch anyone for no real reason. It even crossed to a point where she punched Rachel. However, it was best for Joey because Rachel beat her up to make Katie break up with him. In case if you don’t remember the character, you would surely remember those punches for sure!

Out of all the Joey girls, Charlie was probably the smartest. The two fell in love but were quite opposite by nature. Despite the differences, they managed to sustain for quite a long time before she jumped back from Joey to Ross. However, the good thing with Joey and Charlie was that we had some funny moments when Joey tried to fit in with a so much smarter woman than him. Charlie might have liked Joey better if Ross wasn’t around.

Lauren was a nice girl who genuinely liked Joey. This is the only reason we’ll be giving her a special mention. Joey did her wrong by breaking her heart to pursue Kate. She was one of the few who actually thought of Joey as a good actor and liked him quite a lot. However, she was never treated as someone special and was dumped quite soon.

What can we say about someone who seems to be constantly unfaithful? At first, it appeared as if Joey’s relationship with Kathy was just to introduce the love of Chandler’s life. But it soon ended with her cheating on Chandler too. It seemed something like Charlie’s situation as she jumped from Joey to Chandler to another love interest. It appeared as if Kathy was just one of many women with Joey to fall for his looks and magnetism. And, Joey had no other girl to pursue that is why he kept her around. Joey was angry at Chandler, not Kathy, even after she cheated on him.

So that was the list of 10 girlfriends of Joey which we are quite memorable. In case if you are wondering why we didn’t mention Rachel in the list then we would like to argue by saying that Rachel was more of a friend rather than a girlfriend. Also, she is a character whom we can never forget so it’s pointless to mention her in a list because she is always above all.