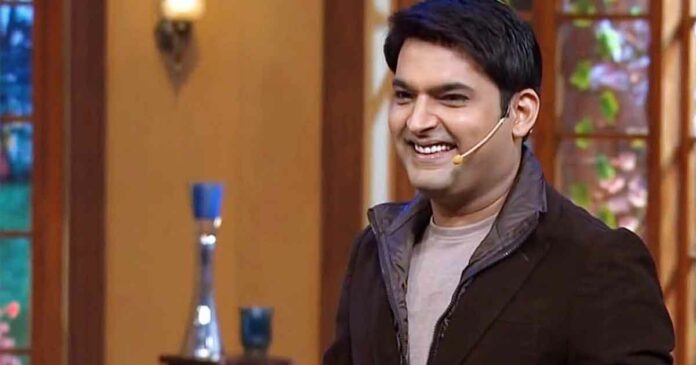 Read along to know about his net worth, Age, Height, Personality, Family, and some unknown facts from his life

Kapil Sharma Family: Kapil Sharma’s hometown is Amritsar, India. His father was a Punjab Police head constable, Jeetendra Kumar Punj and his mother is a homemaker, Janak Rani. He has two siblings one brother, Ashok Kumar Sharma, and a sister Pooja Pawan Devgan.

Kapil Sharma Wife: Kapil Sharma’s wife is Ginni Chatrath with whom he got married on 12 December 2018. He has two kids with her, a daughter, and a son.

Kapil Sharma’s Education: Shri Ram Ashram Senior Secondary School, Amritsar and Hindu College, Amritsar. He is also one of the prominent alumni of Apeejay College of Fine Arts in Jalandhar.

In 2007, he won a cash prize of ₹10 lakh after winning at the Television Show, ‘The Great Indian Laughter Challenge.‘ After this win, he took up stand-up comedy as his profession. Kapil stated that he moved to Mumbai to become a singer but winning the show was a turning point in his life.

He won six seasons of Sony’s Comedy Circus. Kapil also hosted a number of popular shows like Jhalak Dikhhla Jaa and Chhote Miyan. He launched his own show, Comedy Nights with Kapil in 2013 on Colors, which was quite successful. He also co-hosted with Karan Johar at the “60th Filmfare Awards”. He also made some guest appearances in prominent TV shows like Kaun Banega Crorepati, The Anupam Kher Show, and Koffee with Karan. He also acted as the lead character in a Bollywood romantic-comedy, “Kis Kisko Pyaar Karoon” in 2015 which did well in the box office.

Later in 2016, under his K9 and Frames Productions, he launched another show “The Kapil Sharma Show” on Sony Entertainment Television which was a massive success. The show has three seasons so far. The second and third seasons are produced in association with Salman Khan Productions and Banijay Asia. The Kapil Sharma Show cast includes some popular comedians like Bharti Singh, Chandan Prabhakar, Rochelle Rao, Krushna Abhishek, Sumona Chakravarti, Kiku Sharda, etc.

He also acted in another film “Firangi” in 2017. In January 2022, a biopic on his life was announced(Funkaar) that is under development.

Did You Know? Kapil Sharma Was Rejected From A Reality Show! Click Here To Read More

On 28th January 2022, Kapil Sharma’s web series “I’m not done yet” was premiered on Netflix. Before the release, he shared a video in which he said that Netflix as a platform really attracted him and when he heard that there are so many people who want to know his story he said he will do it his way(meri kahani mere style mein). The series got a 6.8 IMDb rating.

Kapil Sharma’s net worth is $45 million (336 crore INR). His main source of income is from his show. Besides his show on Sony Entertainment Television, his other sources of income are ads, promotions, movies, and other TV shows. Krushna Abhishek from Kapil’s latest Netflix show ‘I’m not done yet’ stated that Kapil was paid Rs 20 crores for his show by Netflix.

It is estimated that Kapil charges Rs 50 lakh per episode and for live performance, it can go up to Rs 5 crores. His yearly income is approximately Rs 96 crores and his monthly income is 8 crores. Kapil Sharma is also one of the highest Taxpayers in India. His net worth has increased by 380% in the last five years.

For the corona victims, Kapil has donated Rs 50 lakh to the Prime Minister Relief Fund.

He also ranked in the Forbes India Celebrity List multiple times for being one of the highest-paid TV stars.

House: According to reports, Kapil Sharma has a luxurious house worth Rs 15 crores in Mumbai. He currently lives with his mother, wife, and kids in DLH Enclave in Andheri west. He also owns a lot of other properties. He is quite invested in real estate.

He also has a lavish bungalow in Punjab which costs around Rs 25 crores. The house looks like an expensive resort.

His female co-stars like Tanishaa Mukherjee, Monali Thakur accused him of misbehaving with them on sets in 2015. He was also accused of destroying mangroves near his residence in Mumbai. He got into trouble by portraying nurses in a controversial way in his show. In 2017 Sunil Grover made an allegation against him that Kapil Sharma abused him on a flight from Melbourne and he was drunk when he did it. There has been an instance where Kapil had to lodge FIR against his former managers for maligning his image in media.