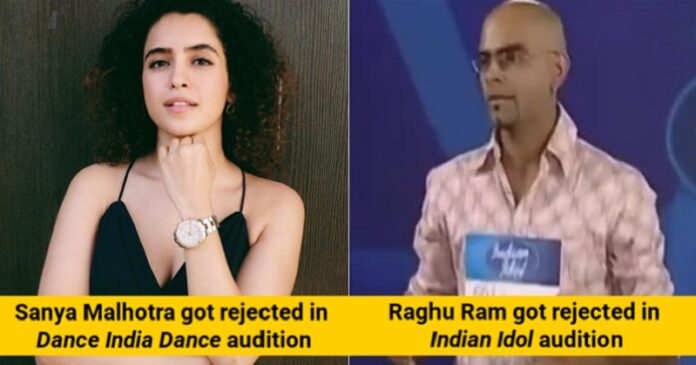 Not everyone is born with a silver spoon. Very few are lucky enough to be gifted with one as well. Many famous celebrities have faced their own share of struggles. Among them, A few have pretty interesting backstories which also include rejection in reality shows.

So, here is the list of 5 celebrities who were rejected on a reality show. Scroll down to check it out:

Rajkummar Rao is one of the finest actors of this generation. He fits a role like a hand in a glove. However, this amazing actor has also had a thing for dancing. So, he auditioned for the famous reality show Boogie Woogie at the age of 16 but got rejected. It was everyone’s favorite dance reality show back in the 90s. Thanks to the rejection he landed up in Bollywood and is teaming up with Bhumi Pednekar for the film Badhai Ho 2. He also worked on few projects such as Chhalaang, Ludo, and Ruhi Afzana.

The uncrowned ‘comedy king’, Kapil Sharma before becoming a big star, was an aspiring singer. Reportedly, he auditioned for Indian Idol, a singing reality show but got rejected. Now, with his comic timing, the entire nation rolling in splits and his own show has not had it very easy as well. Today, every big star comes on his show to borrow some humor from him and to promote their movies.

The ‘Dangal’ girl has carved her own niche in Bollywood. She is riding high on the success of Pagglait right now. However, she was once a dancer. Recently, she was seen as a celebrity judge on Dance Deewane 3, a dancing reality show. There she revealed that she auditioned for a dance show before making it big in Bollywood and got rejected by Dharmesh Yelande. She said, “Aap ke wajah se clear nahi hua tha. And see, today I am here on the same set to promote my film.”

The Andhadhun actor was once a shining star on the reality show Roadies. But little did we know, Ayushmann was rejected on Cinestars Ki Khoj, during his audition days for acting. Well, now he is a star in his own right.

A lot of people disliked his attitude on Roadies. Some felt he was too hard on contestants. But, he was certainly an essential part of this big deal. For decades now, Raghu Ram has been a well-known face in the entertainment industry. But many of us do not know that once he was outrageously rejected on Indian Idol. Interestingly, Farah Khan was on the judging panel and she cast him in her film, Tees Maar Khan years later.