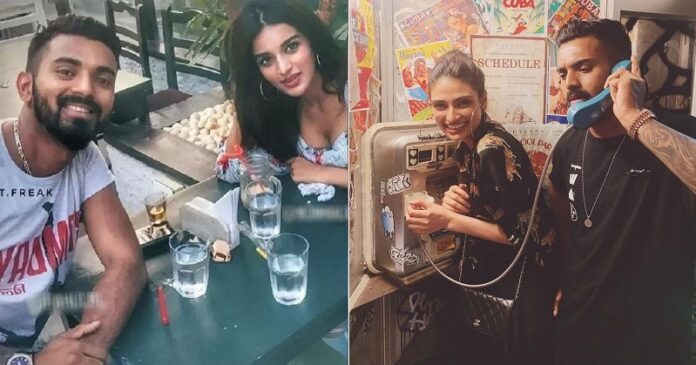 Most of the cricketers settle down for Bollywood actresses after making big in the Indian cricket team as their life partners. Hardik Pandya got hitched to Natasha Stankovich recently and had his first child with her. On the other hand, KL Rahul, who is known for his charming personality had been with many Bollywood beauties in the past before being in a relationship with Suniel Shetty’s daughter Athiya Shetty.

So, here is the list of past girlfriends of KL Rahul. Take a look:

Akansha Ranjan Kapoor, “Guilty” actress, and Alia Bhatt’s best friend was constantly seen with KL Rahul. However, the duo never accepted their relationship and the rumors died down as quickly as they started. Well, we can see them sharing the frame with Athiya Shetty.

Punjabi diva Sonam Bajwa was also a rumored girlfriend of KL Rahul. Their relationship went viral when Sonam added a picture of herself on social media and wrote, “Watching sunset and thing about you”, on which Rahul commented, “He’s just a call away Sonam.”

Sonal Chauhan’s love for cricket made a connection between them. When India was touring England in 2018, she tweeted, “Happy to see KL Rahul playing. He’s too talented to ignore for long.” However, they denied their relationship publicly.

This was the dating rumor that did rounds on social media for a long time. The rumor of her dating KL Rahul was started after her debut film, Munna Michael. The two were even spotted together on dinner dates and the rumors became out of control. Later, Rahul himself denied the relationship and said that they are good friends.

Athiya is the lady in KL Rahul’s life. This relationship is the final and confirmed one. The duo is spotted hanging out together and even went together for a vacation to Thailand. The duo has accepted their relationship publicly.