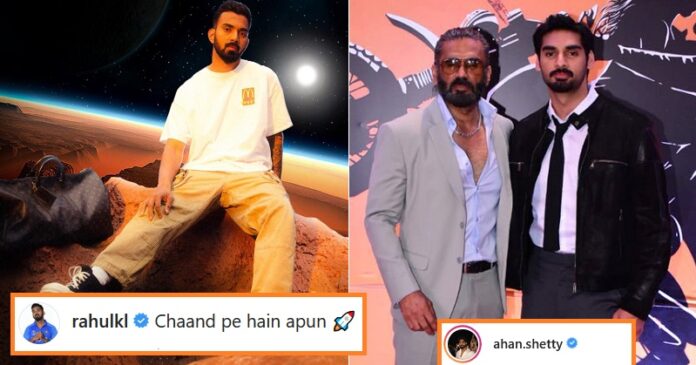 KL Rahul, the Indian cricketer who is also seen as the upcoming captain of team India has been ruled out of the Test series against Sri Lanka starting March 4, because of his injury. In February while he was playing against West Indies in the ODIs, he suffered a serious hamstring injury. As he is tending to his injuries, he has taken a break from cricket. He is expected to return and will be seen in action in the Indian Premier League(IPL 2022).

Lucknow Super Giants managed to retain KL Rahul for Rs 17 crore. In the upcoming season of the Indian Premier League, the Karnataka-born cricketer will lead the team from the front.

He went through a tough spell in the last two seasons at Punjab Kings and is yet to prove his credentials as a captain. The Punjab-based franchise finished sixth on the points table under his captaincy.

Recently he came to the limelight on social media not because of cricket but for one of his Instagram posts when Ayan Shetty, the brother of KL Rahul’s rumored girlfriend, Athiya Shetty trolled him by commenting on his post which went viral on social media.

In the picture Rahul posted on Instagram, he is seen sitting on a different planet which resembles Mars, and the image seems to be photoshopped. He used the famous dialogue by Nawazuddin Siddiqui from the web series Sacred Games 2 and captioned the Instagram post as, “Chaand pe hai apun”.

Soon after his friends and fellow cricketers started commenting under his post.

India’s senior cricketer, Dinesh Karthik dropped a hilarious comment, “Bobby, are you using Apple maps?”  There was also a comment by one of the Karnataka cricketers, he wrote, “Kabhi Lagta Hai Apun hi Bhagwan hai?”

KL Rahul has been dating Sunil Shetty’s daughter, Athiya Shetty, for a long time. Though both of them never confessed their relationship publicly, the two have been spotted together on several occasions.

Meanwhile, Ahan Shetty, Athiya Shetty’s brother trolled the Indian cricketer KL Rahul on  Instagram by posting the best reply under his latest post. He wrote, “I think that’s mars bro,” his comment changed the game and instantly went viral which got over 3000 likes. It wrecked a havoc under the comment section of KL Rahul’s post. Some fans also commented, “Jiju see behens Nahin.”

Actor Athiya Shetty and cricketer KL Rahul first made headlines for making an appearance together at Ahan Shetty’s film ‘Tadap’ screening. The two were spotted together for the first time in the film screening. Their relationship increased the interest of the fans when the two began wishing each other on birthdays and shared cute pictures together.