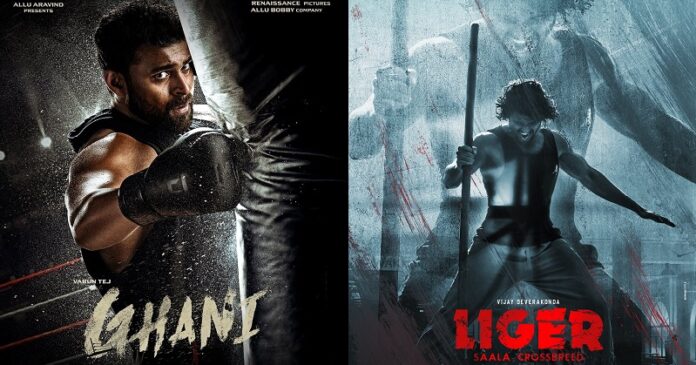 We know how the Bollywood remake of South Indian cinema is a huge hit among the audience. Many south actors like Rajinikanth, Allu Arjun, Mahesh Babu, etc have made their fan base between the Hindi audience as well. From their dialogue delivery to dance skills, they are immensely loved by Bollywood viewers. Also, Bollywood’s many actors are now not hesitating to act in the south Indian cinema because it has become the second-largest film industry in the world. Undoubtedly, South Indian movies create a buzz among the Bollywood audience.

“RRR” is an upcoming Telegu movie that is also going to release in Hindi, Tamil, Malayalam, & Kannada languages. Featuring Ram Charan, N.T.Rama Rao Jr., Ajay Devgn, and Alia Bhatt in the lead roles, this is a period drama action film. “Baahubali” director S.S. Rajamouli has directed this film. The movie was supposed to release on 7th January of this year. However, due to the surge in corona cases, it was postponed.

We all know that Prabhas is quite famous among the Hindi audience. Keeping that in mind, “Radhe Shyam” has been shot both in Hindi and Telugu language simultaneously. Even though it is one of the most-awaited upcoming Telugu movies, its release date has been postponed due to the 3rd wave of Corona.

You must remember the famous dialogue from the movie “K.G.F- Chapter 1” that “Is Duniya Ka Sabse Bada Yodha Maa Hoti Hai.” Interestingly, there is going to be the second part of this movie as well. It is an upcoming Telugu movie that is also going to release in Hindi, Malayalam, Tamil, Kannada languages. This periodic drama film is the most expensive movie in Kannada cinema.

“Adipurush” is yet another upcoming Telegu movie that features Prabhas in the lead role. Apart from him, Kriti Sanon and Saif Ali Khan are playing a pivotal role in the movie. Om’s last film Tanhaji (2020) was a big hit at the box office and the audience is expecting the same with “Adipurush” as well.

Featuring South Indian superstar actor Vijay Devarakonda in the lead role, “Liger” is an upcoming Telugu movie that is also filmed in Hindi simultaneously. Along with Ananya Panday, Ronit Roy, and Ramya Krishnan, the shooting of the film is currently going on. The film is slated to release on 25th August 2022.

“Ghani” is an upcoming Indian Telugu-language sports drama film. Featuring Varun Tej in the lead role, Suniel Shetty and Saiee Manjrekar will also be seen in the pivotal roles in the film. The film was to release in mid-2021 but due to corona, its date has been postponed. “Ghani” is undoubtedly one of the most-awaited upcoming Telugu movies.

Featuring Prabhas and Shruti Haasan in the lead roles, “Salaar” is a new South Indian movie that is going to release in April this year. It is an action thriller in Kannada-Telugu language film. For the audience, it is going to be dubbed in 3 more languages, that is Hindi, Malayalam, and Tamil.

“Beast” is yet another upcoming South Indian movie that features Kollywood superstar Vijay and Pooja Hegde in the lead roles. It is a black comedy action-thriller film that is directed by Nelson Dilipkumar. The film is slated to release on 14 April 2022.

“Hari Hara Veera Mallu” is an upcoming Indian Telugu-language period action-adventure drama film. Featuring Pawan Kalyan, Niddhi Agerwal, Arjun Rampal, and Nargis Fakhri, it is one of the most-awaited upcoming South Indian movies. The film is slated to be released in the Telugu, Tamil, Malayalam, and Hindi languages.

Featuring Mahesh Babu and Keerthy Suresh in the lead roles, “Sarkaru Vaari Paata” is an upcoming Indian Telugu-language action comedy film. Interestingly, this is going to be the seventh project as a director and screenwriter of Parasuram.

“Valimai” is the long-awaited project of Kollywood star Thalapathy Ajith aka Ajith Kumar. Written and directed by H. Vinoth, it is an upcoming Indian Tamil-language action thriller film. Unfortunately, due to the surge of COVID-19 infections, the makers have decided not to release the film for Pongal 2022 as initially planned.