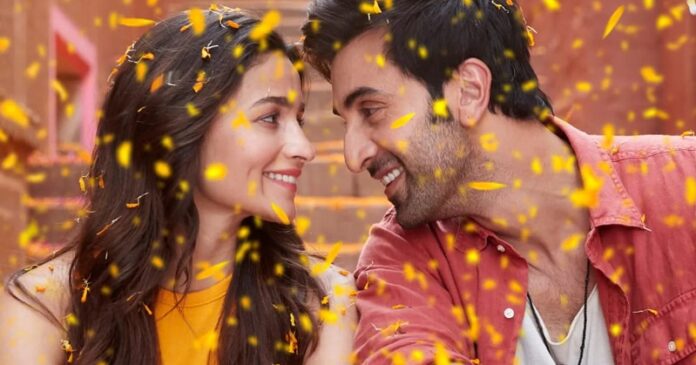 Ranbir Kapoor is one of the most eligible bachelors and the heartthrob of India. The Bollywood star Ranbir Kapoor is also known for his acting skills, chocolate boy look, and charming persona which makes him quite a lady’s man. His list of link-ups with his co-stars in the industry is long, he always keeps his fans on toes who keep wondering whom he would end up with. As the actor will turn 40 this year (2022), everyone is desperately waiting for him to settle down and to hear about his marriage.

Here we bring to you a list of all the women Ranbir had an affair with or was rumored to date:

Nandita Mahtani and Ranbir Kapoor had a ten-year age difference which made everyone raise questions about their affair. She was Sanjay Kapoor’s first wife and is a fashion designer by profession. The duo kept people wondering about the status of their relationship.

Ranbir and Avantika knew each other since their teens. Even before he entered the Bollywood industry they were very close to each other. Reportedly, due to some questionable reasons, they could not proceed with their relationship. Eventually, Avantika married actor Imran Khan and Ranbir moved on with his acting career.

Priyanka Chopra was seen opposite Ranbir in the movie Anjaana Anjaani where they shared sizzling chemistry. After featuring as a reel couple, they also appeared to be a couple in real life. However, things got cold before starting a fire.

The affair between the two surfaced when they played the leads in the Sanjay Leela Bhansali film Saawariya. Rumour has it that Ranbir cheated on Sonam because he was attracted to Deepika Padukone and they parted ways after Karan Johar’s, Koffee with Karan.

Ranbir and Deepika Padukone were a hit couple in the Bollywood industry, the fans kept rooting for them. They were like a brand couple in tinsel town. The Ranbir-Deepika relationship went to the extent of commitment, the movies they acted in became a super-hit. They were also spotted sharing PDA moments in public. Unfortunately, the relationship eventually ended.

After Ranbir Kapoor and Katrina Kaif’s crackling onscreen chemistry in Ajab Prem Ki Ghazab Kahani, it turned out that the duo had been dating each other. They acted in many films together and there were also rumors about the two getting married. As per the sources, the couple broke up because of the involvement of a third person.

The relationship between Nargis and Ranbir was short-lived. Sources say that they started dating while they worked together in the Rockstar movie. Their on-screen chemistry was appreciated by the audience. Rumor has it that Nargis was the reason behind the split between Ranbir and Katrina.

In 2011, Angela was spotted with Ranbir and the lady revealed that they went out together which left the fans and media to brew speculations in their minds. However, Ranbir Kapoor was displeased with this link-up rumor.

When Amisha Patel was spotted at Ranbir Kapoor’s private birthday bash, people speculated that the two were having an affair after Ranbir’s breakup with Katrina. However, no one could understand their relationship.

Speculations of Ranbir Kapoor and Shruti Hassan’s love affair started after their phenomenal chemistry during an ad shoot. The fans began to ship the two and rumors spread like fire. When Shruti was asked to comment on the matter she denied them, saying that she is busy with her work.

Ranbir Kapoor was also linked with Mahira Khan, a Pakistani actress, their rumored affair became a hot topic when people spotted them together. At Global Teacher’s prize ceremony, the two appeared very close which was evident from the video that went viral.