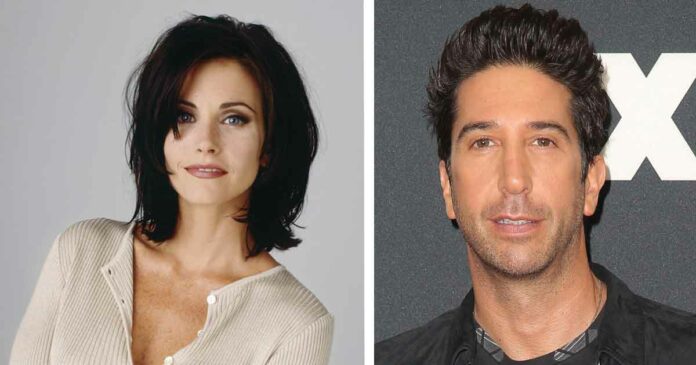 No one can ever be a perfect friend. But when it comes to the friends of FRIENDS show, the six main characters, Phoebe, Monica, Rachel, Ross, Chandler, and Joey set the bar pretty low for that. Of course, we cannot deny that they were with each other for most of the part, but there were times when any sane person would have rather put up with their friend. Sometimes, they left us pleased that they weren’t our own friends.

We usually turn our heads to another side to ignore the disturbing behavior or inconsistencies of the characters that wouldn’t have been tolerated in today’s time. That is why it is truly said that nostalgia does look better in rose-colored glasses. Here is the list of 10 mistakes in FRIENDS plots or storylines which we chose to ignore. Let’s take a look at them:

Monica Geller has given us many amazing moments in the show from “Monana” to that weird carrot thing, but we cannot ignore the fact that she is a neurotic control freak. Remember the time when she thought that her maid stole from her? She just assumed that because she was a maid. And not just that, she freaked out when Rachel moved the green ornament just to clean the apartment and make Monica happy. Monica also pushed Chandler to spend all his money for their wedding and later didn’t wait for Chandler to open the presents. This shows that how selfishly self-centered she was. Well, the list of Monica’s attitude goes on. We understand that it’s a show but such an attitude isn’t good for the people around. Though it made us laugh but didn’t seem so good.

2. Ross Is a Cheater With Everything Else

When we talk about Ross, “We were on a break!” instantly comes to our mind as a laughable joke. But it is so overly used that nobody laughed with the laugh track. Well, even if we ignore this one, what about Ross cheating on Julie and Bonnie? Would we just ignore that because they were not Rachel? This implies that Ross is a cheater. Ross also dated his student and violated academic integrity. Maybe that is why people made videos of Ross’s worst behavior on Youtube without the laughing tracks. He surely sounds like a psychopath without the laugh track.

Joey Tribbiani was a likable guy who managed to make jokes and lets a couple of chuckles out of the audience when FRIENDS began. But slowly, he turned into a dumb person by the end of the finale. There was the time when Joey appeared on a game show and appeared a complete fool. For the question “What do you put in your coffee?”, he guessed, “A ghost! A rock! A dog! The earth!”. Also, when Joey told Chandler that he had to eat all of their food because the fridge broke and he didn’t know “what was in that brown jar.” Sure, some of the moments are hilarious but still it makes Joey dumb in the show.

Joey was a struggling actor almost throughout the show and Phoebe did random ill-paid gigs through which they shouldn’t be able to support themselves at all. But, it appears exactly the opposite in the show. It was shown sometimes that Chandler was paying the bills of Joey but what about Phoebe? Who was paying her bills? Between their parties, their constant drinking at Central Perk, and many other activities none of them would be able to live the life they were living.

5. Rachel Sabotages Other’s Lives For Her Own Benefit

Rachel consistently sabotaged other’s lives for her own benefit. It shows that how insecure and terrible a friend she was. She never accepted a competition and did what would be considered abusive behavior today. She gave Ross the worst advice so that Julie will break up with him. She encouraged Bonnie to shave her head and Ross to behave the way she wants. She spread a rumor about his assistant Tag that he was gay so that she can hit on him. She always sabotaged other’s relationships or love lives to turn it her own way.

Joey decided to sabotage the acting career of his own student to get the part was too much. Being a teacher he should be excited enough to see his students achieve something but he gloated about it. While sabotaging his student’s career, Joey appeared homophobic in the process. Joey asked the student to play boxer as a man with feminine characters, just because he thinks such people can’t be boxers. But fortunately, the student got the part and the joke was on him.

Ross was the most forward thinker and intellectual of the group. But, he can be quite a se*ist too. From Ben wanting to play with barbies to hiring a male nanny, he appeared as a person who could easily stereotype and discriminate against people. He just did not want Ben to play with barbies because he assumed that his son will also turn out to be someone like his mom and was also against hiring a male nanny, “Manny” just because it is a girl’s job, not the guy’s one. Some people still think it is funny but I am sorry, it is not.

Joey is funny and cute but he is a total sleazeball who imagines having a relationship with his best female friends. It’s definitely not cute to accept a woman as your roommate just in the hope to get in her pants at some point. Joey’s character would be more respectful towards women if FRIENDS were remade today. Sure, he would be handsome and cute, but will also treat women the way they deserve.

Joey’s man bag would have been embraced if he had supportive friends who didn’t tease him for liking girly stuff. Joey always got teased for using a girl’s bag or using makeup or doing eyebrows. And it happened at a time when people only thought of Billie Joe Armstrong and Marilyn Manson wearing it. Even if it does not matter, it is just the opposite of cool to make fun of your friend’s life choices.

“Fat Monica” was a joke that ran time and again in the series. Unfortunately, it will be widely accepted today also, but there will be more disapproving ears. While they were watching Monica and Rachel’s prom video, Joey made a joke that “some girl ate Monica”. Chandler also ridiculed her on Thanksgiving because of her weight. And that encouraged Monica to lose weight drastically and become skinny. Her weight was the joke for many parts of the show. However, it is a mean joke.