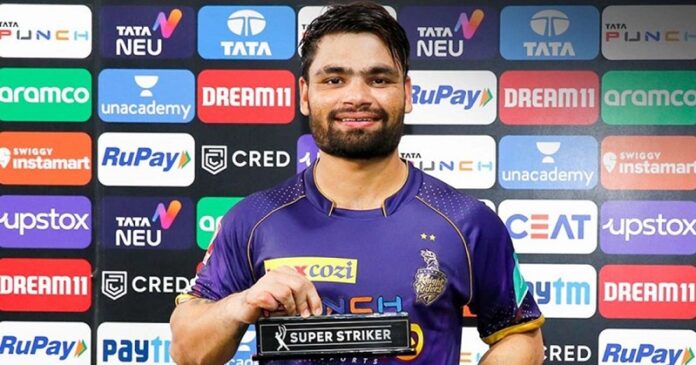 Rinku Singh, the Indian cricketer who now plays for KKR in the IPL has a story that can inspire millions. The 24-year-old has been through tough days, injured moments, and days with financial issues. The journey of Rinku to become a successful cricketer hasn’t been easy. This guy has seen it all but chose to never give up. Read on to know his inspiring story.

The never-give-up attitude of Kolkata Knight Riders ‘little’ power-hitter Rinku Singh is impressing everyone. In the ongoing season of IPL, he grabbed a lot of attention when he almost took his team to an incredible win in the KKR vs LSG match.

Let’s discuss some lesser-known facts about him:

1. He was suspended by BCCI

Yes, you read that right, Rinku Singh has faced a BCCI ban. Unaware of the fact that BCCI does not allow its cricketers to play in any league outside India, he played in a foreign league in 2019. Rinku was slapped with a 3-month ban by BCCI.

Rinku once faced a serious injury and could not play, during that period his father stopped eating as he was worried and the family was having a hard time. Rinku was the sole breadwinner of the family which affected the family’s finances. In a video uploaded on KKR’s official Youtube page, Singh said,

“I wasn’t happy staying away from cricket for so long. My father didn’t eat for 2-3 days. I told him it’s just an injury and it’s part of cricket. I’m the sole breadwinner of my life and when such things happen, it is bound to be worrisome,”

4. About to become a Sweeper?

Rinku was once asked to sweep the floor when his brother took him to a place while he was looking for a job. He told his mother after getting home that he wants to focus on his cricket and that he was not ready to become a sweeper.

Rinku Singh and his family come from humble backgrounds. Despite the change in the situation, now that Rinku is a well-established cricketer, his father still delivers LPG cylinders to homes. Though it is an equally respectable job, this also shows that Singh comes from a humble background. His family has been through tough times and Rinku is the third of five siblings. His career in cricket helped him a lot but he is still humble and grounded.

IPL team Kings XI Punjab bought him for the first time for Rs 10 lakh in 2017. Kolkata Knight riders took him under their wings for Rs 80 lakh in 2018, which was four times more than his base price of Rs 20 lakh. He still continues to play for KKR.

The picture above proves that Rinku Singh is a cricketer who apart from working hard on his game works on maintaining his 6 pack abs too.