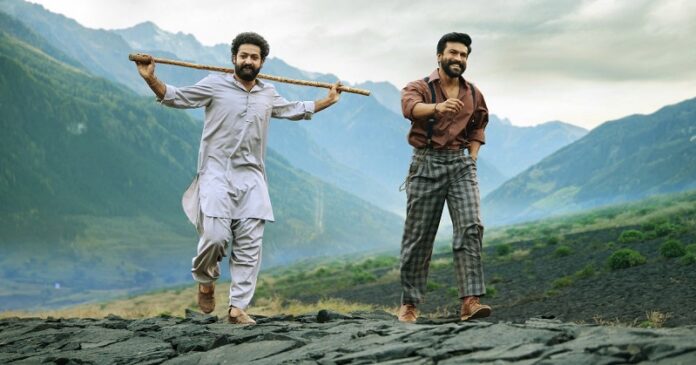 RRR is a much-awaited movie that the fans have been looking forward to from the director of the blockbuster ‘Baahubali’, SS. Rajamouli. The story revolves around two Indian revolutionary fighters starring Jr. NTR as Komaram Bheem, and Ram Charan as Alluri Sitarama Raju. The film also stars Alia Bhatt and Ajay Devgn in supporting roles. The Telugu action-period drama has a budget of whopping Rs 550 crores, and its box-office collection has already crossed Rs 700 crores.

The movie is spending a hefty amount of money on marketing, which gives us an idea that the lead star cast’s paychecks must be big as well. As per a report by the Republic News, a good amount of remuneration has been paid to the actors.

Let’s take a look at the money the superstars are making:

The role of Indian revolutionary Alluri Sitarama Raju has been played by the actor Ram Charan. The actor has reportedly been paid around Rs 45 crore for this film.

Jr. NTR is playing the role of another revolutionary leader, Komaram Bheem, who opposed and rebelled against the Nizam of Hyderabad. The talented actor is also reportedly being paid Rs 45 crore.

The Singham actor is being paid around Rs 25 crore for the film. Ajay Devgn plays an important role in the movie and has an elongated screen time.

Alia plays the character called Sita, her remuneration is much less compared to her colleagues. Alia is being given a remuneration of Rs 9 crore.

30 percent profit share from the film will be reserved for SS Rajamouli, the man behind the camera, and the director of the film.

It was revealed by Rajamouli and his father, K. V. Vijayendra Prasad, who wrote RRR‘s story, that the story was written imagining a scenario in which Raju and Bheem met during their formative years away from their respective villages. What if they’d met during the revolt?