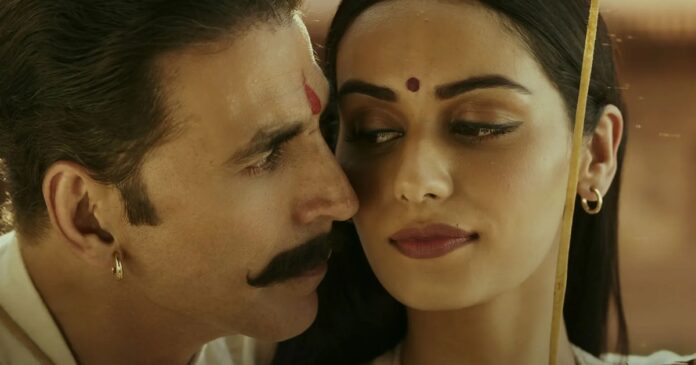 Samrat Prithviraj is another historical action-drama film in which Akshay Kumar plays the titular role of Samrat Prithviraj. Prithviraj was one of India’s most renowned kings, this movie showcases his face-off against Muhammad of Ghor. The movie was released on June 3, 2022. In the much-anticipated movie Akshay Kumar’s love interest Princess Sanyogita is played by Former Miss World, Manushi Chillar, she makes her Bollywood debut with this film. The star cast also includes Sanjay Dutt, Manav Vij, and Sonu Sood. Have you wondered how much the star cast was paid for their roles? Let’s find out.

The movie is directed by Chandraprakash Dwivedi and produced under the banner Yash Raj Films.

From Manushi Chillar to Akshay Kumar, here’s how much the star cast of Samrat Prithviraj was paid:

Sanjay Dutt who was last seen in KGF: Chapter 2, as the villain, Adheera will be seen as Kaka Kanha, in Samrat Prithviraj, for which he is paid ₹5 crores.

Sonu Sood is playing an important role of Chand Bardai in Samrat Prithviraj, for which he is reportedly taking home ₹3 crores. Sonu Sood has made a place in people’s hearts by always lending a helping hand to the ones in need.

Manav Vij is playing the role of the main antagonist, Muhammad Ghori. He is reportedly being paid ₹10 lakhs for this role. The talented actor was previously seen in movies like Udta Punjab, Phillauri, Rangoon, Naam Shabana, and Andhadhun.

The former Miss World, Manushi Chillar is making her grand entry into Bollywood with Samrat Prithviraj. For playing the role of Princess Sanyogita, she is getting ₹1 crore as her fee.

The film was declared tax-free in Madhya Pradesh, Uttar Pradesh, and Uttarakhand before its release. The film grossed ₹27.74 crores in India and ₹3.26 crore overseas, for a worldwide gross collection of ₹40 crores as of 6 June 2022. The movie got a mixed reaction from the audience and the critics after its release worldwide.

Watch the trailer of Samrat Prithviraj: