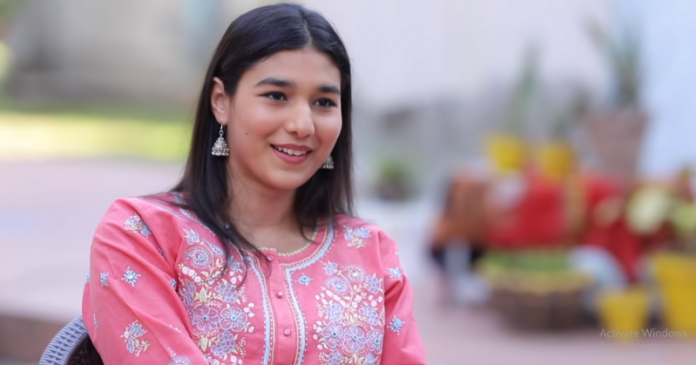 Recently the Pakistani Singer of the Coke Studio Season 14 song ‘Pasoori‘ fame, Shae Gill had to face severe criticism for sharing condolences for the death of ‘non-Muslim’ singer Sidhu Moose Wala. She clarified that she hailed from a Christian family and thus can say “prayers for people from different religions.”

The Punjabi singer, Shubhdeep Singh Sidhu, popularly known as Sidhu Moose Wala was shot dead by unidentified assailants in an open fire on May 29, near his native village in the Mansa district of Punjab, India.

Sahe Gill became popular for her alluring personality and amazing voice. She became a social media sensation after the song ‘Pasoori’ went viral.

Gill is 23-years-old and began her singing career at a very young age. She is a very talented singer and has a number of videos on her Instagram account and her love for music is evident. Coke Studio’s song Pasoori got everyone’s attention it has more than 157 million views on YouTube.

The singer expressed her grief after the tragic death of the Indian Punjabi singer Moosewala by saying,

“Heartbroken. May his soul rest in peace and may his family and friends have the strength to bear this loss”

Just after this, the singer started receiving criticism for “making dua” for a non-Muslim.

The singer who has been born and raised in Pakistan hit back at the trolls by posting screenshots of some of the replies on her Instagram story, she said,

“I’ve been getting a lot of such messages. Just wanted to inform everyone that I am not a Muslim. I am a Christian and belong to a Christian family and can make prayers for people from different religions.”

The singer seemed annoyed and shared a series of screenshots of people criticizing her. She said, “If you send me messages like this, you are getting blocked”

Gill received a lot of support and love from her fans following this incident. She was relieved that she got such heartwarming messages amidst the criticism.

Listen to the viral song ‘Pasoori’ in Shae Gill’s voice: