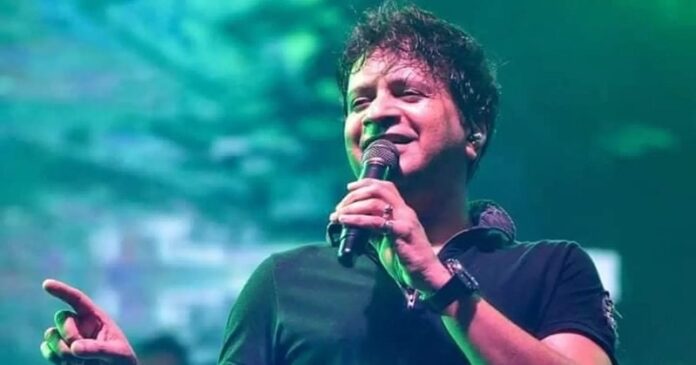 Videos of singer KK shared online reveal that KK was visibly uncomfortable at the Kolkata concert which turned out to be his last. On Tuesday night, after complaining of discomfort at Kolkata’s Nazrul Mancha the singer died at the age of 53. Kolkata police registered a case of unnatural death but the post-mortem conducted in the city ruled out the possibility of unnatural death today.

In the video of the concert, and as revealed by some audiences it is evident that the singer was uneasy and sweating profusely on stage. The concert was arranged in an indoor venue and KK even complained to the organisers about the stuffy conditions. The organisers were even asked to dim the spotlights on him.

The singer was seen wiping his face with a hand towel in one of the videos, and a man is seen off-camera complaining about the heat. “Zyaada garam hai,” the man says, while KK gestures to another person, which seems like he is asking about the ventilation at the venue.

AC wasn’t working at Nazrul Mancha. he performed their and complained abt it bcoz he was sweating so badly..it wasnt an open auditorium. watch it closely u can see the way he was sweating, closed auditorium, over crowded,
Legend had to go due to authority’s negligence.
Not KK pic.twitter.com/EgwLD7f2hW

Two other videos show the singer being rushed off stage, surrounded by crew, immediately after thanking the crowd. He can be heard saying “God bless you all,” moments before being escorted out of the venue. A fourth video shows a few people spraying a fire extinguisher inside the venue, seemingly to rush others towards the exit.

On Instagram, KK had shared several videos and pictures from the Nazrul Mancha concert. He’d posted two pictures with the caption, “Pulsating gig tonight at Nazrul Mancha. Vivekananda College!! Love you all.”

He had performed some super hits songs such as “Aankhon Mein Teri,” “Aashayein”, “Khuda Jaane,” and “Yaaron.”

According to news agency PTI, the singer was taken to the CMRI hospital at around 10 pm. After reaching his hotel, he was ‘feeling heavy’ and soon collapsed, officials told PTI. A doctor at the same report, “KK was brought to the hospital around 10 pm. It’s unfortunate that we could not treat him.”

Political personalities like PM Narendra Modi and Congress leader Rahul Gandhi offered their condolences. Personalities from the entertainment industry such as Amitabh Bachchan, Vishal Dadlani, Akshay Kumar, and Mohit Chauhan, Emraan Hashmi also paid their condolences to the singer. His post-mortem was conducted after his family arrived in Kolkata.

“One case of unnatural death has been registered with New Market PS regarding the death of singer KK After getting the family’s consent, an inquest and post-mortem will be done. Arrangements are being made for the post-mortem at SSKM hospital, Kolkata.”

Saddened by the untimely demise of noted singer Krishnakumar Kunnath popularly known as KK. His songs reflected a wide range of emotions as struck a chord with people of all age groups. We will always remember him through his songs. Condolences to his family and fans. Om Shanti.

Extremely saddened to learn about the untimely demise of KK ji . He sang memorable songs for me . He was loved by people across generations and languages. Condolences to the near & dear . Gone to soon 💔. Rest In Peace . #KK

A voice and talent like no other.. They don’t make them like him anymore. Working on the songs he sang was always that much more special. You will always be in our hearts KK and live eternally through your songs. RIP Legend KK #ripkk pic.twitter.com/7UcYnx1WDy

Krishnakumar Kunnath, fondly known as KK, was one of the most versatile singers of the Indian music industry. His soulful voice gave us many memorable songs.

Saddened by the news of his untimely demise last night. My heartfelt condolences to his family & fans across the world. pic.twitter.com/7Es5qklcHc

KK… not fair man. Not your time to go. This was the last time we were together to announce a tour together. How can you just go??? In shock. In grief. A ear dear friend, a brother is gone. RIP KK. Love you. pic.twitter.com/lCdwIRf3W6