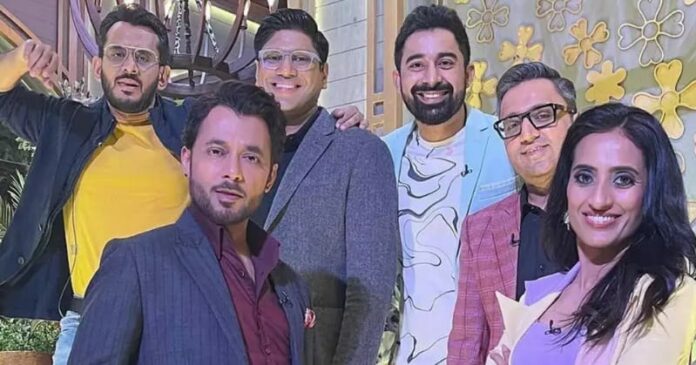 The Wait Is Over!

The big announcement that you have been waiting for has been made, Shark Tank India is all set for a Season 2. The Season 1 of the show was a huge success, it gripped the audience and received an overwhelming response. After the announcement of the new season by the official social media handles of Sony Entertainment Television on April 30, the first promo has been released. The new promo calls for entrepreneurs to register for the reality show as the registrations for Shark Tank India Season 2 have opened now.

The promo shows a cruel boss belittling his employee when he tries to butter his boss to get some investors for his venture. Just at that moment, a voiceover adds, “Stop knocking on the wrong door for investors. The new season of Shark Tank India is coming back after the big success of the first season.”

The channel revealed that there were 85000 applicants last year and the investors made Rs42 crore worth of investment in startups through the show.

Check out the Promo by Sony Entertainment Television:

Sony TV announced that the registrations are now open on their official Instagram handle and captioned it,

“Are you a budding entrepreneur? If yes, this is your chance to make it big in the world of business! Registrations for #SharkTankIndiaSeason2onSony have begun. Download/Upgrade the SonyLIV app to register your business idea. Link in bio. #SharkTankIndiaRegistrationsopen (sic).”

Who will be the Judges or Sharks of Shark Tank Season 2?

The channel has not yet declared who the investors in the second season will be. Will the judges of Season 1 return for this season as well? We are still awaiting an update on this. Meanwhile, fans want the OG investors to return for season 2.

How to register to seek investment in Season 2:

If you are selected to pitch your business on the show, the sharks will decide whether or not they want to invest in your business.

Meanwhile, the fans and some budding entrepreneurs are quite excited to know that the second season of the show has been announced:

A fan wrote, “OMG very much excited❤️❤️ one of the best show on Earth everybody can say,”

This time I will go in Shark Tank India 2 and will convince judges to invest in my business too#RegisterForSharkTankIndia pic.twitter.com/MKmsusMFEL

Super excited for shark Tank India season-2 . Finally this time I have applied for shark tank and I just hope that my business idea can reach there and we can grow much more thank you @sharktankindia for giving this opportunity to all the entrepreneurs. #SharkTankIndia pic.twitter.com/kdFKSGkFSz