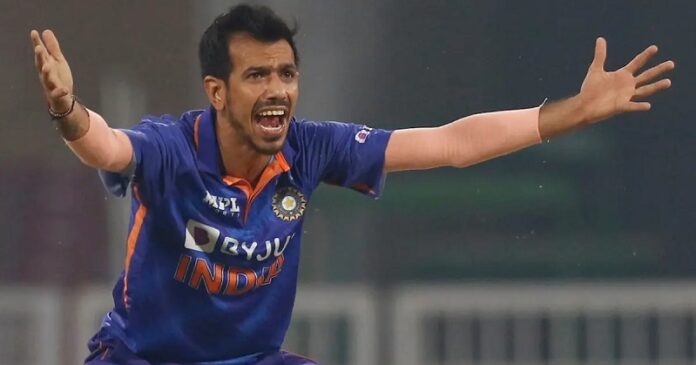 Controversies in the sports world including cricket are not unknown, while some die down in the process, some are worth investigating. Here are some of the shocking revelations by cricketers that shook the entire sporting world.

1. The most disturbing and unexpected revelation was made by Yuzvendra Chahal, the King of controversies in the cricket world.  Recently in a Rajasthan Royals video, his current team, Chahal revealed that he was once dangled from the 15th floor of a building by a drunk player of MI in 2013. He said:

My story, some people know about. I have never spoken about this, I never shared this. In 2013, I was with the Mumbai Indians. We had a match in Bengaluru. There was a get-together after that. There was a player who was very drunk, I will not take his name. He was very drunk; he was looking at me and he just called me. He took me outside and he dangled me from the balcony

“Had there been a small mistake there, I would have fallen down.”

2. Besides the 2013 event, Chahal once said that in 2011, Andrew Symonds and James Franklin tied him up completely and taped his mouth, and forgot that they had left him in that state all night. Here’s is what he said:

It was in 2011 after winning Champions League in a Chennai hotel. He [Andrew Symonds] had drunk a lot of “fruit juice” (laughs). I was with him, only. James Franklin and he tied my hands and legs, and said ‘now you have to open’. They were in so much masti they have taped my mouth and forgot all about me. Party got over and in the morning, when a cleaner came, he saw me and freed me. They asked from when have I been here like this and I told them, ‘from the night itself’.

James Franklin and Andrew Symonds allegedly tied up Yuzvendra Chahal and left him overnight while the trio were teammates at Mumbai Indians.https://t.co/2XHvxRHIo9

3. Pakistani cricketer Danish Kaneria once said that his teammates refused to eat at his place because of his religion. He added that among some other senior players, Shoaib Akhtar, treated him well and he was thankful for that.

Not only in Pakistan, but Religious discrimination also runs deep in society all around the world – including our country.

4. Robin Uthappa once revealed keeping the person’s identity anonymous, that after the inaugural season of the IPL, he was made to sign papers forcefully to leave Mumbai Indians. He added that he was threatened to do so.

So, I was along with Zaheer Khan and Manish Pandey. I was one of the first people to be transferred in the IPL. For me, it became extremely difficult because my loyalties were completely laid out with MI at that point. It happened a month before the IPL and I refused to sign the transfer papers. Someone from MI, I won’t name him, had told me that if I didn’t sign the transfer papers, I’d not get to play in the XI for MI.

When Robin Uthappa refused to sign transfer papers to join RCB from MI during 2009.

They said “if you don’t sign, your aren’t get to play in 11 for MI”#OneFamily 🤲🏼 #MI pic.twitter.com/5PLZxmvRZO

5. Wriddhiman Saha was once threatened by a journalist who said “this wasn’t something you should have done” when the cricketer posted a screenshot of the texts.

Later BCCI initiated a probe to look into the matter. Later, it was admitted by the journalist Boria Majumdar that he had sent those texts to Saha.

After all of my contributions to Indian cricket..this is what I face from a so called “Respected” journalist! This is where the journalism has gone. pic.twitter.com/woVyq1sOZX

6. In 2019, Harbhajan Singh revealed that the management in order to build a new team forgot about the experienced players. He said that many senior players, like VVS Laxman and many others, had to leave cricket for this though some of them were even World Cup winners.

Many players from the 2011 World Cup could have played the next World Cup. Like Me and Yuvi, Gambhir, certainly we could have played the next world cup but we were dropped. I don’t know what was the agenda of leaving us all aside. It was like your work is done now you can leave. We have to make a new team. Why do you need a new team? You need it when the team has not won. We won the World Cup and you should take the team forward.

7. Darren Sammy was once called “ka*lu” by players in the IPL, a very unfortunate incident.

In hindsight, asking for apology I shouldn’t have even done that. If me and my team-mates have done something not intentionally, but now I realise that could be deemed or termed as something that could be hurtful to a team-mate of mine. So whether I get an apology or not, it doesn’t change the mentality of how proud I am to be a black person, to be a black man. It doesn’t change.

. @ICC and all the other boards are you guys not seeing what’s happening to ppl like me? Are you not gonna speak against the social injustice against my kind. This is not only about America. This happens everyday #BlackLivesMatter now is not the time to be silent. I wanna hear u

For too long black people have suffered. I’m all the way in St Lucia and I’m frustrated If you see me as a teammate then you see #GeorgeFloyd Can you be part of the change by showing your support. #BlackLivesMatter

8. During Ashes 2015, an Australian player called an English cricketer Moeen Ali “Osama”. Moeen revealed the disgusting case of racism but refrained from taking his name.

It was a great first Ashes Test in terms of my personal performance. However there was one incident which had distracted me. An Australian player had turned to me on the field and said, ‘Take that, Osama.’ I could not believe what I had heard. I remember going really red. I have never been so angry on a cricket field.

“An Australian player had turned to me on the field and said, ‘Take that, Osama.’ I could not believe what I had heard”

9. When Virat Kohli stepped down from the position of the skipper in the T20s he revealed that there was no talk of ODI captaincy with BCCI which was contradicted by Sourav Ganguly’s comments, who had said that as Kohli was insistent on quitting as T20 captain, ODI leadership was also taken away from him for the sake of consistency across limited-over formats.

10. Later, it was reported that a show-cause notice was sent to Virat Kohli by Ganguly which was turned down by the board because the team was going to South Africa for a tour. This claim was denied by Sourav Ganguly.