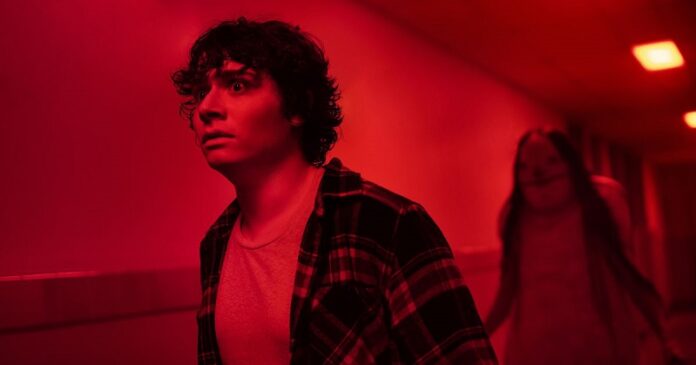 When we think about telling ghost stories, we think about sitting around a campfire, telling spooky tales with a torch under the chin. Well, this isn’t an activity we’ve ever taken part in, but it feels like the perfect way to share a spooky story. And, the sounds of the forest rustling around would surely create the perfect atmosphere. Anyway. telling short ghost stories is an amazing way to pass the time even if you’re not in the forest.

So, we have gathered the very best short ghost stories that are sure to give you a fright. Let’s start reading:

1. The Puppy In The Basement

Mommy told me never to go in the basement. But, I was curious that what was making that noise. The sound appeared like a puppy and I wanted to see it. So, I went downstairs and opened the basement door. I tiptoed down a bit but didn’t see a puppy. Suddenly, Mommy yanked me out of the basement. She yelled at me which she never did before. Then she told me never to go there again and gave me a cookie. So, I didn’t ask her that why the boy in the basement was making puppy noise and why he had no hands or feet.

I found my 2-years-old daughter twirling paper towel tubes in the air tied with twine. When I asked her what she was doing, she said she was practicing her “nunchucks”. I got confused so I asked her what she meant. She said Adam taught her how to make it and showed her how to use it every night. She continued to say that Adam told her to practice nunchucks because she may need to defend herself someday. I freaked out so I asked what does Adam looks like. She said he has blue eyes and is tall and blonde. She said, ”Mommy, you KNOW how he looks. You know him! He died of a headache.” I left the room immediately because my martial arts-pro friend who had blue eyes and was tall and blonde had died of a brain aneurysm, 4 months before my daughter was born. She has not spoken of him since that day. But, I am not sure if I scared her or if she had completed her lessons.

3. There’s Someone Under The Bed

I was tucking my son into the bed. He asked me to check monsters under his bed. I look underneath for his amusement and see him. It was him. Another him. Staring back at me. He was quivering and whispering, “Daddy, there’s somebody on my bed.”

Our family lived for a while in a charming old farmhouse when my sister Betsy and I were kids. We loved climbing the apple tree in the backyard and exploring its dusty corners. But our most favorite thing was the ghost. Because she seemed so kind and nurturing, we called her Mother. Some mornings when Betsy and I would wake up, we’d find a cup on each of our nightstands that hadn’t been there the night before. We knew that Mother had left them there if we’d get thirsty during the night. Among the homes’ original furnishings was an antique wooden chair. It was kept against the back wall of the living room. Mother would inch that chair forward across the room when we were preoccupied. Sometimes she’d even manage to move it to the center of the room. But, then we always put it back. Years later, when we’d moved out, I found an old newspaper article about the farmhouse’s original occupant. The occupant was a widow. She’d murdered her two children by poisoning their bedtime milk and hung herself. That article included a photo of the farmhouse’s living room. In the photo, a woman’s body was hanging from a beam and that old wooden chair was beneath her placed exactly in the center of the room.

5. The Ghost At Home

Last night a friend rushed me out to catch the opening act at a local bar’s music night. Later, I realized my phone wasn’t in my pocket. I checked the bar, table, bathrooms, and everywhere else. After no luck, I used my friend’s phone to call mine. Someone picked up the call, gave out a low raspy giggle, and hung up. I tried to call again but they didn’t answer. I eventually gave it up and headed home. When I reached, I found my phone laying on my nightstand. The place right where I left it.

A father is laying in bed after just waking up. He walks to his desk in his office at home after grabbing the baby monitor. He hears his wife singing to her daughter “Go to sleep… go to sleep…” and cracks a smile. Suddenly, the front door opens up and his wife comes in with groceries.

I check into a small hotel that was a few kilometers from Kiev. I asked the woman at the desk for the room. She gave me the room number and key. She also said that there is one room that is always locked and does not have any number. Don’t even peek in there. I go to the room to sleep. However, later in the night, I hear the trickling of water. I cannot sleep so I open the door and it is coming from the room with no number. I look in the keyhole but there was nothing except red. Water was still trickling so I go downstairs desk to complain. I asked that who is in that room. She looks at me and said that there was a woman in there who was murdered by her husband. Skin all white, except her eyes, which were red.

9. Be Cautious Of Car Crashes

A guy was driving through the mountains and came across a crash. Nothing was damaged at all and it appeared like it was deliberately placed in the middle of the road. He drove and saw 2 people lying in the road. In front of the “crash”, he pulls up and then looks back to see the people sat up. There were 20 or so eyes reflecting from the surrounding bushes. He slams on the gas and goes quickly.

My boyfriend and I bought a new house. While he’s in charge of the “new” construction, I’m on wallpaper removal duty. The previous owner used wallpaper on every wall and ceiling. Removing it is oddly satisfying. It became a kind of game for me to hunt for the longest piece before it rips. However, in every room, under a corner section of the paper is a person’s name and a date. I got curious one night and googled one of the names. I discovered the person was actually a missing person. And also, the missing date of the person is matching the date under the wallpaper. I made a list of all the names and dates the next day. We notified the police who sent out the crime scene team. I overheard one of them saying “yup, it’s human.” When I asked, they told me, “Ma’am, where is the material you removed from the walls already? This isn’t wallpaper you were removing.”