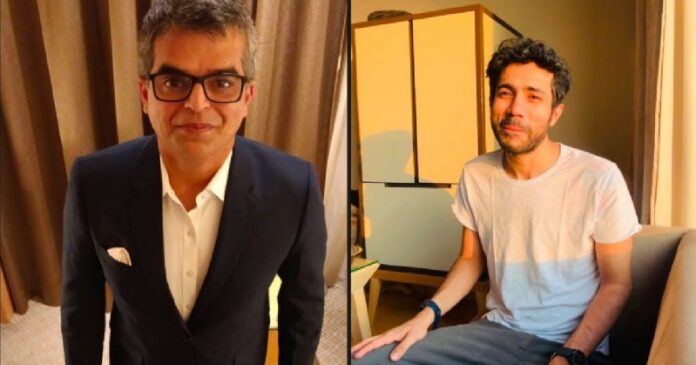 Stand-up comedy in India entered like a massive wave. People love the idea of performing live in front of an audience as well as getting immediate feedback from them. To follow the passion for making people laugh, the young generation is leaving their secure 9-5 jobs. Have you ever thought that joking and making people laugh can be a job? Well, it is now and platforms like Youtube and Instagram, are giving them a huge exposure.

Nowadays, with hosting the usual “Comedy Circus” or “Comedy Nights with Kapil,” India is also hosting reality shows for stand-up comedy such as “Queens of Comedy” and “Comicstaan.” That is why we have gathered a list of 20 stand-up Indian comedians that are very famous. Continue reading to know everything about them:

Aditi Mittal is one of the most natural and funny comedians in India. This girl surely knows how to present problems in a way that will make you laugh. Her specialty is that even though you might be going through the same problem, you will be still be laughing at it.

We all narrate our day-to-day life incidents to either our friends or family. Well, Atul Khatri does the same thing but with a huge difference. He makes us laugh at the same time while narrating the story which does not happen in the regular ones. That is why he is the best comedian India.

With the most on-point and appropriate expressions, this stand-up comedian knows how to narrate everything. Sorabh Pant is a comedian India who truly knows what you are thinking and plans his expressions according to that. That is why he counted as one of the best stand-up comedians in India.

Appurv Gupta is an engineer by qualification and has been a regular performer in several college fests. His comedy is a humorous take of a middle-class Indian family where he appears as Gupta Ji. He gives the best stand up comedy in India and the audience loves him.

Usually, our daily life problems make us sad and worried. But, Vipul Goyal has the talent to make it hilarious and make you laugh about it as well. They can make you laugh so hard that you might forget about those problems for a while.

Before switching to stand-up comedy, Rahul Subramanian managed e-commerce, digital marketing, and corporate branding at Mahindra. He has recently become one of the popular desi comedians for his hilarious acts. Some of his acts are must-watch such as “India and Pakistan” and “Break Up and MBA.”

Through his uncommon Hindi-Bengali accent, we all know that Biswa Kalyan Rath is from Kolkata. No matter how he speaks, he undoubtedly comes under the best comedian in India. With his in-sync body movements and jokes, he makes sure to roll you down on the floor while laughing.

Whether you call him the guy who needs to be reminded to drink water or the guy who got robbed, he will still stay as funny as he always was. We all know Kanan Gill’s show, “Pretentious Movie Reviews” and have watched it many times. Undoubtedly, he is one of the best desi comedians around.

If you don’t know, Vir Das is not just a comedian but an actor too. No matter what he is famous for, he is very hilarious. He can be spotted in his various Netflix specials. And we can say without any doubt that each one of them can get you hooked to the screen.

Gaurav Kapoor is one of the best stand up comedy Indians who has gained popularity over the last couple of months. Besides that, he is also popular on Instagram. Thanks to his super funny reels, he enjoys a lot of followers.

Samay Raina is the absolutely perfect comedian to start with if you have never heard of a stand-up comedy before. This Comicstaan winner is one of the best stand up comedy Indians who can definitely make you laugh harder than ever before.

Rahul Dua is among one of the comedians who participated in the Amazon comedy special “Comicstaan.” He gives his audience the best stand-up comedy in India. Since he has a very distinct comedy style, he can definitely make you laugh your heart out.

Radhika Vaz is one of the earliest female stand-up comedians of India. She is often known for her bold, unapologetic, and controversial acts. She has an unusual take on society’s perceptions. Besides that, she is also one of the bold comedians in India.

YouTube link: https://www.youtube.com/user/radvazOFFICIAL
Subscribers: 11.3K subscribers
Famous acts: What the F**k should I wear?, Why men and women have separate toilets?

Whether he hosts a comedy show or actually does stand-up comedies, Abish Mathew is one of the Indian comedians that is a real jewel. He is so popular for his wittiness and comedy that he recently collaborated with Netflix where he does witty comedy with interviews of many celebrities. It is a must-watch show.

Before starting his gig as a comedian, Kunal Kamra worked as a production assistant in an ad agency for several years. After that, he started appearing in several ad films and OTT shows. If you don’t know, his acts often target the politicians and government.

Kenny Sebastian knows how to make you laugh in a way nobody knows. He is someone who can make you laugh just by saying the word “Chappal.” It does not come as a surprise that he has so many subscribers on his YouTube channel. Undoubtedly, his stand up comedy is one of a kind.

Akash Gupta is widely considered to be one of the most talented comedians. He is also the winner of the second season of “Comicstaan.” He is quite famous for his acts in the Netflix original “Comedy Premier League” and “Comicstaan.”

Abhishek Upmanyu is yet another one of the talented comedians from India. He knows exactly how to keep you on the edge of your chairs. Upmanyu always makes sure that you laugh until you actually roll down laughing. That is why he has so many subscribers on his YouTube channel.

From becoming one of the most trending stand-up comedians to judging a comedy show, Zakhir Khan is a top comedian in India. He is one of the most hilarious and amazing comedians. His ‘Sakht Launda’ is one name that is very famous among the audience.

YouTube link: https://www.youtube.com/channel/UCkS7Vxu4PjM99w0Is6idjcg
Subscribers: 6.9M subscribers
Famous acts: When I met a Delhi Girl, Life Mein Chahiye Izzat, What happens when you fail in an exam!