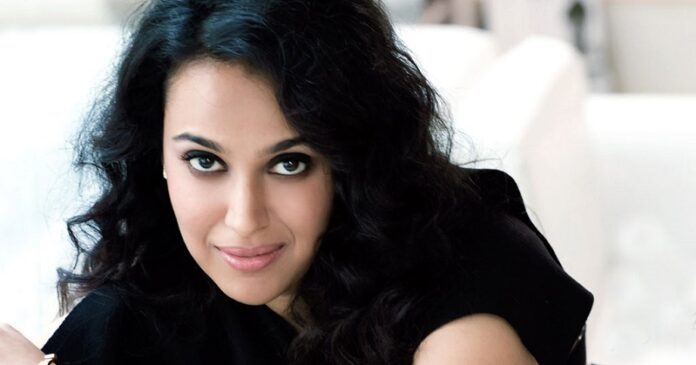 Swara Bhaskar, the Indian Bollywood actress recently came into the limelight when one of her fans posted a tweet claiming that the actor has left her country India permanently. The actress was last seen in the delayed film Aapkey Kamrey Mein Koi Rahta Hai, and the series Bhaag Beanie Bhaag.

Swara got recognition by working as a supporting actor in several popular Bollywood movies. She has also been nominated more than once for the Filmfare Awards and won the Screen Awards twice. Swara’s acting garnered praise for her performance in the romantic drama Raanjhanaa (2013), she also got the Best Supporting Actress nomination for this role.

She was also seen in the comedy movie Tanu Weds Manu. She then reprised her role in Tanu Weds Manu and the Bollywood drama Prem Ratan Dhan Payo. Both the movies did well at the box office and were among the highest-grossing Bollywood films of 2015.

She also worked in some independent films like  Nil Battey Sannata (2016), and Anaarkali of Aarah (2017) which earned her further acclaim.

Swara Bhasker is a well-read actress who was born and brought up in Delhi. She studied English literature at Miranda House and later completed her master’s in Sociology from Jawaharlal Nehru University (JNU), Delhi.

Recently, a fan took to Twitter and stated that Swara has left India permanently, not for a short holiday, and she has no intentions of coming back anytime soon. He wrote,

Shocked to know that @ReallySwara has permanently shifted abroad. Always thought she went for a short holiday. This is unbelievable

Shocked to know that @ReallySwara has permanently shifted abroad. Always thought she went for a short holiday. This is unbelievable

This tweet created quite a buzz on social media, and several fans reacted to it including the actress Swara Bhaskar responded with a fitting reply.

Take a look at her response:

She met @AkshayMarathe on New York train is driving that rumor of her moving out of facist India.https://t.co/wPSayGWP5G

To a Shariat ruled country ?https://t.co/WPQIqkCY0R

Thank god. India is relieved from a large chunk of kachra

Good for her! Now she can thrive in a society/country that will appreciate her.