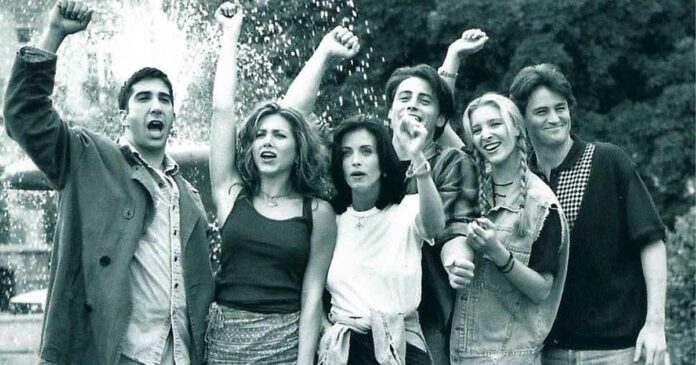 FRIENDS followed the professional and personal lives of Rachel Green, Monica Geller, Phoebe Buffay, Joey Tribbiani, Chandler Bing, and Ross Geller for a decade. In 236 episodes, they fell in love, changed jobs, got married, had kids, and most importantly, they were there for each other. The focus was on these six friends and the world around them.

Monica and Chandler became the most stable couple of the show. Ross and Rachel fell in love and after breaking up again and again, eventually found their way back to each other. Phoebe also found her own family and Joey grew up. Even after a happy ending to the show, there are a few things that FRIENDS directors forgot to disclose. They left the storyline then and there without any explanations or in some cases, didn’t even started.

FRIENDS acted like that character didn’t exist if a family member no longer appeared in the show. They dealt with it by simply ignoring them. So, here are the three things that FRIENDS creators forgot to show in the show. Let’s check it out:

Monica could easily be considered as the glue that held the six of them together. She has a special and individual connection with all the main characters of the show. She and Ross were siblings while Rachel was her best friend since they were kids. She met Chandler at Thanksgiving when he attended the Geller family dinner as Ross’s best friend and commented on her macaroni. And, Monica met Joey when he was moving in with Chandler. Initially, she had a crush on him but it disappeared. Similarly, every character and how they meet each other has a story in the show except one.

When it comes to Phoebe, we have no clue how she entered the group. However, in the sixth episode of the third season, “The One With The Flashback”, it was mentioned that Monica and Phoebe were roommates. However, the living situation didn’t last long because Phoebe couldn’t take Monica’s excessive neatness. Keeping everything aside, we still don’t know how they ended up being roommates. However, there are many theories about this that fans made but definitely, creators somehow thought it was not an important part of the show.

2. Where Did Ben Go After Emma’s Birth?

Ross had a son with his first wife, Carol. But, he always came across as an active parent in the early seasons of the show. Later it appeared that Ben spent most of the time with his mother and her wife, Susan. However, it seems like Ben stopped existing after Rachel and Ross had Emma. Even Ross’s father at one point forgot that he already had a grandchild before Emma. Ben didn’t even attend Ross and Emily’s wedding, despite being the reason behind Ross not moving out to England.

Ross is repeatedly said to be a great father. However, there are no competitions there as Ben has two mothers. But, Ben seemingly disappeared after Season 8 of the show. And not just Ben, it seems like all three of them just vanished. They were never mentioned except while talking about Ross’s first failed marriage. Most parts of Season 1 revolved around Ross becoming a father, but it didn’t get much of a priority after Emma’s birth.

3. How Phoebe Could Afford Her Lifestyle?

The issue of money was raised regularly throughout the show. However, most of the time it had nothing to do with Phoebe. Chandler used to make a lot of money, Ross was comfortably employed, and Monica’s apartment is rent-free because the lease of the house is in her grandmother’s name. However, the show never explains how Phoebe was able to afford her lifestyle? How she managed to live in Greenwich Village on her own? Greenwich Village is the central and rather expensive area in Manhattan.

Phoebe is a masseuse. She keeps bouncing between massaging her own clients at home and working at different parlors. After getting fired or getting her license suspended, she’s even unemployed a few times. She was also shown to be singing on the subway to earn cash. But, later on, she worked for a huge massage parlor organization. Although, they all faced money problems over the years but came back with a bang. But, what Phoebe actually did to earn huge loads of money to keep up with her lifestyle was never highlighted much.

We tried to pick a few things that could have been mentioned. Do you think the show also missed a few other points than the 3 points we covered? Then feel free to just shoot your opinion in the comment section. It was and still is one of the best shows that the world has ever witnessed. If we watch it today then it might not be perfect but given the time it was created it is a masterpiece.