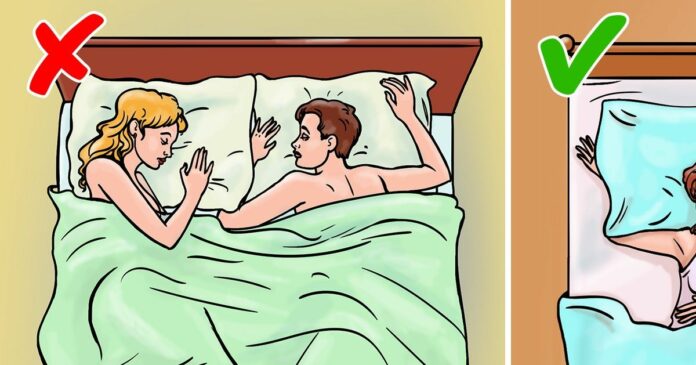 All people want that their soulmate for a lifetime, but practice shows otherwise. It shows that this kind of scenario is a very rare exception to a harsh reality. People have started to get divorced more often in Europe and get married less often within the last 5 decades. However, the good thing is that it is backed up with scientific research. Here is the list of 9 pieces of research that shows the unexpected things which result in divorce. Let’s check it out:

1. The Number Of Smiles In Their Childhood Photos

Psychologists conducted various tests to check if it is possible to predict divorce from childhood and youthful photos. Scientists looked at pictures from a college yearbook in one study and rated the intensity of smiles. The test was based on the stretching of 2 muscles. One is, tightened the mouth and another one is wrinkles around the eyes. None of them smiles were rated a “10” divorced. But, among the frowners, every fourth person got divorced. So, the result shows that every gloomy person in the photos gets divorced 5 times more often than those who smile.

2. The Emotional Tone Of Their Voice

A computer algorithm can predict the success of marriage using only the tone of the spouses’ voices with an accuracy of more than 75% when communicating with each other. Scientists observed the conversations of more than 100 couples and watched their marital status for 5 years. Scientists said, “What you say is not the only thing that matters, how you say it is also very important. Our study confirms that this holds for a couple’s relationship as well.”

3. Colleagues Of The Opposite Sex

According to Danish researchers, people who work mostly around the opposite sex, get divorced more often than those who work around the same sex. The result of this issue received on a larger scale when the scientists studied all the couples in Denmark, who got married from 1981 to 2002. Later, they came to know that 100,000 of them have already gotten divorced.

It’s women who more often file for divorce. As per studies, most couples behave according to their parents, especially their mothers. Sociologists studied the behavior of 7,000 people. They found out that if a mother got into a new relationship, then their adult kids would behave the same.

Ignoring conflicts seems an easy way out at first, but it’s a very dangerous behavioral strategy if practiced. It probably seems that spouses can manage to peace out by doing this, but it’s wrong. Even though quarrels and debates are not the best part of communication in general, they still help to point out all the I’s. However, they are needed to figure out the unresolved issues. If the spouse keeps ignoring these situations, more and more frustrations will build up.

6. A Husband’s Negative Attitude Toward His Wife’s Friends

Scientists observed the relationship of 373 couples with over 16 years of marriage experience. It turned out that more than 45% of couples had divorced by their 16th year of marriage. Oftentimes, the husband’s criticism of his wife’s friends predicted that break in the future in the first year of their marriage. This is because women and their friendships are based on emotional closeness which lasts longer. However, male friendship more often depends on joint activities.

7. Newlyweds Excessive Affection Towards Each Other

Psychologist Ted Huston studied 168 couples in between 13 years of their marriages. According to the result published in Interpersonal Relations and Group Processes journal in 2001, “When being newlyweds, the couples who got divorced 7 or more years afterward, demonstrated almost 1/3 more affection toward each other than spouses in more successful marriages.” Expert Aviva Patz said, “Believe it or not, marriages that start out with less ‘Hollywood romance’ usually have more promising futures.”

The relationships in poor and unemployed families end more often than in financially stable families. Bob Birrell, a co-author of a study about financial outcomes for parents after divorce confirms that by saying, “People think the system acts in a draconian way to take money out of the pockets of men. The reality is that most separated and divorced guys are on such low incomes, they pay very little toward the well-being of the mother and their children.’’

As per research, spouses should sleep separately or on a very wide bed. It stables their mental and physical health. Good sleep is important for a healthy environment in the family. Scientists studying sleep problems have found that many couples sleep in different beds because poor quality sleep can lead to divorce. So, make sure you sleep well if you want to keep your relationship strong.

6 Best Indian Shoe Brands You Need To Know About

Finasteride Vs. Minoxidil: Which is Right for You?

How To Save More While Fashion Shopping In KSA

7 Clothing Brands Of India You Thought Were Foreign

Zodiac Signs: What Does Your Zodiac Sign Say About You