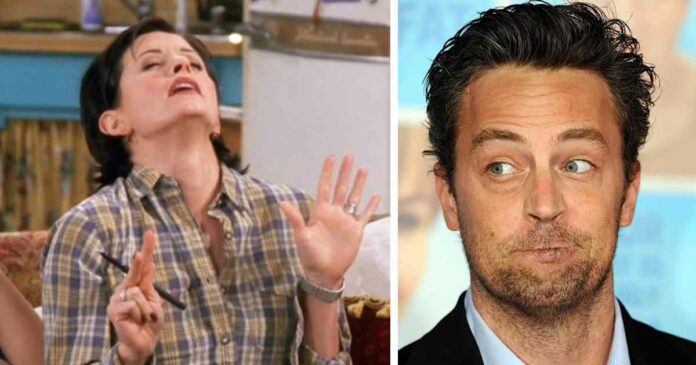 It’s been more than one and a half-decade since our favorite show FRIENDS ended. It is known as one of the best sitcoms of all time, simply because it is heartwarming, hilarious, and relatable. The show follows the lives of six different characters and their relationships with each other and others. FRIENDS has made a huge place in the hearts of millions worldwide.

But which Friends episodes are the best? Using the powers of unagi, we’ve put together the top 15 episodes from the show’s 10 season run. Let’s check it out:

When Phoebe discovers Chandler and Monica’s relationship, she and Rachel try to mess with them. But chaos begins when Chandler and Monica find out what they’re up to. We had to wait for 15 whole episodes to finally see Monica and Chandler go public. Nothing feels better than seeing them profess their love for each other in front of Phoebe, Rachel, and Joey.

In the last episode of FRIENDS, Rachel and Ross finally get together for good. Phoebe and Ross traveled to the two airports and a phalange mysteriously go missing was hilarious. And on the other side, Chandler and Monica learn that surrogate Erica is expecting twins. The episode ends with the gang saying farewell to the apartment. And everyone, including us, was in tears.

This episode encapsulates everything FRIENDS did best. A little bit of sweetness with Phoebe’s pregnancy and a whole lot of fun with Miss. Chanandler Bong. The episode centers around Rachel and Monica facing off Chandler and Joey in a game of Ross-led trivia. It’s an episode that not only takes the gang to new places but gives fans some hilarious backstories, too. And, not to forget how it ends with a big group hug. This episode is exactly what the show feels like.

This episode inaugurates the flashback sequences in FRIENDS. In this episode, a home video of Monica, Rachel, and by extension, Ross, as they get ready to prom. It also officially moves a longstanding high school crush into one of the most famous love stories in TV history. Because at the end of the day, Ross is Rachel’s lobster.

In this episode, Monica got down on one knee to propose but couldn’t fight back her tears so Chandler got on stage and did it, finally! Chandler said, “I thought that it mattered what I said or where I said it. Then I realized the only thing that matters is that you make me happier than I ever thought I could be.” There is no moment that elicits more happy tears than this one where Monica and Chandler finally propose to one another in the show.

In this episode, Chandler and Rachel end up eating the best cheesecake delivered to their door by mistake. So begins their illicit obsession, they end up eating the ruins of a cheesecake off the floor. Chandler and Rachel didn’t get too many storylines together in the show, but the unlikely duo is great together. And the best part was when Joey joins them too! Don’t know why but we got to know that Joey carries a fork with him always!

The plot about how Rachel in high school was rumored to be a hermaphrodite is pretty yikes. But Will aka Brad Pitt’s cameo as an old classmate who hated Rachel remains a total riot. We know his cameo was amazing and wish he could stay for a few more episodes. The storyline was strange but funny.

The world stopped for a minute after Ross said, “I Ross, take thee, Rachel” at the altar. This is a landmark moment in the show which changes a lot many things. Ross’s life became a living hell, he had to go through a lot of turmoil because of this one mistake. Apart from Ross’s messed up wedding we also get to know about the secret of Chandler and Monica where they get together the first time. This scene was so intense that while shooting the episode in front of the studio audience, Cox and Perry had to hold their pose after Monica lifts the bed covers. Didn’t you feel the world stopped for a moment when you first saw them in that bed together?

9. The One with All the Thanksgivings (Season 5, Episode 8)

This one has love confessions, flashbacks, and frozen turkeys on various friends’ heads. It was an episode which we enjoyed a lot and will keep enjoying. The iconic moment when Monica does that weird dance with a turkey on her head was hilarious. The scene is so sought for and even loved by Courteney that she recreated the same and posted on her Instagram handle recently.

Supposedly, Julie was the best girlfriend of Ross in the show’s entire run. They were hitting it off and even planned to take a cat together! However, things changed after Rachel’s bad-timed phone confession of her love for Ross. And yes, I said Julie was the best girlfriend of Ross but only after Rachel, so chill dude! Moreover, Ross and Rachel’s first real kiss is pretty damn amazing as it should be.

Who could forget Rachel’s infamous trifle? A layer of ladyfingers, a layer of sliced bananas, custard, raspberries, and jam. Oh and also a generous layer of beef sautéed with peas and onions. The episode has not one but two great storylines where the other one was about Monica and Ross tattle to their parents on each other. But nothing compares to everyone’s reaction in order to not let Rachel know that she messed up the dessert. Well, everyone but Joey.

This one centers on Monica and Chandler calling a wedding-based shotgun only to be beaten by a heavily inebriated Ross and Rachel. While the gang’s Las Vegas adventure has some delightful moments, it’s Ross and Rachel realizing they drunkenly got hitched makes this a trip to remember. Surely the hangover lasted quite a long time after this episode.

“Hey! It’s Por-sha!” Joey pretends to have Porsche that’s parked on the street before Monica gets her dad’s Porsche in a later season. Meanwhile, Ross continues to live in a fantasy world of his own by not getting an annulment. Rachel completely freaks out after knowing the reality, and rightfully so. So tell us what’s there not to like?

Bonnie or Rachel? It’s impossible to convey the impatience with which fans awaited this episode for Ross’s decision. Whether he will choose newly bald flame, or go back to Ms. Green. The latter wins with the 18-page letter. Also, in this episode, Monica gets stung by a jellyfish. Sure, Chandler pees on Monica to help her with a jellyfish sting. However, the real burn comes when Ross ushers in the era of “We were on a break!”

From Joey buddying up with his audition look-alike Carl to Chandler’s bungled efforts to make Monica a thoughtful Valentine’s Day present, it’s still all about the Unagi. Ross’s ridiculous sense of danger, which ultimately leads to him, getting his a*s kicked by Phoebe and Rachel.