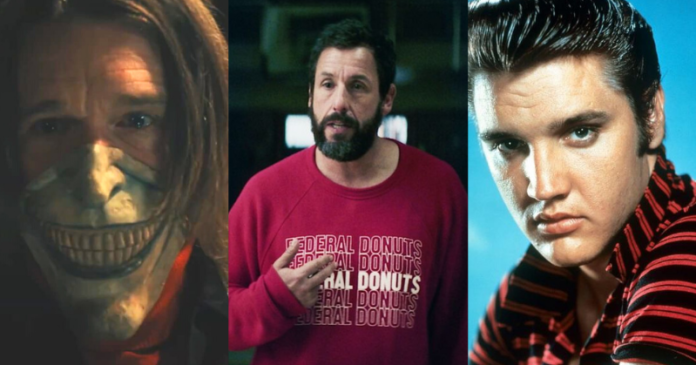 Hollywood is still one of the world’s largest film distributors. These are the films to keep an eye on. Because it is dependent on censor certification and producers, this list is subject to change. Various upcoming Hollywood movies release dates may be postponed for a variety of reasons. It’s not without reason. It has been associated with the word amusement since our childhood. The sheer scale of a Hollywood movie, as well as the sets, visual effects, and action sequences, makes it well worth the ticket price.

So, we’ve compiled a list of the ten latest and upcoming Hollywood movies in June 2022.

Stargirl Caraway’s journey out of Mica and into a larger world of music, dreams, and opportunities is portrayed in Hollywood Stargirl. The movie is a follow-up to the 2020 film Stargirl, which was based on Jerry Spinelli’s novel of the same name; it is not a sequel to the novel’s sequel Love, Stargirl. On June 3, 2022, the film will be available on Disney+ Hotstar.

Where to watch: Disney+ Hotstar

Hustle portrays Adam Sandler as a disillusioned basketball scout who discovers a hidden talent on the streets of Spain. This is an opportunity for him to return to the NBA, he believes. On June 8, 2022, Netflix will premiere the film.

An isolated missile interceptor station is attacked without warning. The station’s commander, an Army captain, must protect it with her years of military experience. On June 3, 2022, Netflix will stream the film.

The plot follows a shy but bright 13-year-old boy who is held captive in his basement by a masked killer. The boy tries to flee with the help of one of the murderer’s previous victims, who communicates with him over a broken phone on the wall. On June 24, 2022, the film will be released in theatres.

Lightyear is a Toy Story spin-off. Lightyear depicts the narrative of young astronaut Buzz Lightyear, who is marooned on a hazardous planet with his commander and crew and must navigate through space and time to get home while also dealing with a threat to the universe’s survival.

Following the completion of Finding Dory (2016), MacLane, a science fiction lover, approached Pixar with the notion of developing a feature about Buzz Lightyear. The animators intended to give the picture a “cinematic” and “chunky” aesthetic to imitate the sci-fi flicks that the filmmaker grew up watching. The film will be released in theatres on June 17, 2022.

Jurassic World: Dominion is the sixth and (presumably) final film in the Jurassic Park franchise, starring Sam Neill, Laura Dern, and Jeff Goldblum, as well as Chris Pratt reprising his role as Owen Grady. Dinosaurs now live—and hunt—alongside people all throughout the world, four years after the devastation of Isla Nublar.

This delicate balance will impact the future and determine whether humans will continue to be the apex predators in a world they now share with history’s most terrifying beasts in a New Era. If you want to feel a little nostalgic, acquire your tickets early because this one will sell out. The film will be released in theatres on June 10, 2022.

Elvis is likely to be the most anticipated film of June 2022. The film is based on the life of rock and roll legend Elvis Presley. Baz Luhrmann, who helmed The Great Gatsby and Romeo+Juliet, is the director. You’ll recognize the scale he works in if you’ve seen his past work. On June 24, 2022, the film will be released.

The hero of the movie, Nick, is set to score after organizing the ideal heist. His girl and the crew, however, have other intentions. They shoot Nick down, but he survives and, in a race for his life, seeks vengeance on one target at a time.

‘Brian and Charles,’ starring David Earl, Chris Hayward, Louise Brealey, and Jamie Michie, will be released on June 17th, 2022. The film lasts roughly 1 hour and 30 minutes. Brian lives alone in a Welsh valley, constructing bizarre contraptions that rarely work, according to the plot. Brian gets an idea after discovering a discarded mannequin head.

He creates Charles, an artificially intelligent robot who learns English from a dictionary and proves to be a pleasant, cheeky companion, after three days, a washing machine, and several spare components. Charles, on the other hand, quickly gains independence. Charles is fascinated by the outside world, or whatever is outside the cottage where Brian has concealed him.

‘The Lad Goodbye,’ starring Kirk Percival and Victor Dubyna, will be released on June 24th, 2022. The film lasts roughly 2 hours and 18 minutes. Lester Schmidt, a rogue, and his attractive roommate Bart Cockburn have arranged an all-out celebration for Lester’s last day in town. Lester is surprised when he wakes up.

And that’s only the beginning. We’ve compiled a list of all the upcoming Hollywood movies in June 2022 so you can stay on top of everything that’s coming our way in the coming months. Continue reading to start organizing your theatre excursions. Get your popcorn ready!