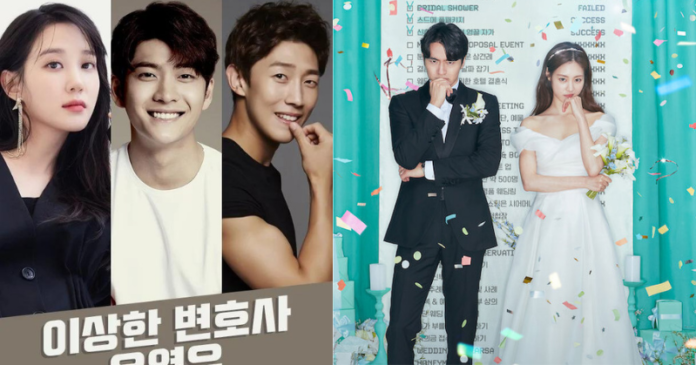 The K-Drama craze is not new, with the popularity of Squid Games the fans of Korean drama have multiplied in huge numbers. This year in 2022 some upcoming K-Dramas are going to be promising and binge-watch-worthy. We are going to list the New K-Dramas On Netflix In June 2022 that you shouldn’t miss. Apart from the romantic Korean dramas which are a huge hit among the audience across the world, the thriller and comedy genres are not something you should miss out on.

June is going to be huge for K-Dramas on Netflix thanks because the much-awaited adaptation of Money Heist will be out in the month of June. It might just be the biggest release Korean Original on Netflix in 2022. There are also some brand new Korean dramas 2022 Netflix has to offer in June.

Here are some of the upcoming new K-Dramas releasing in June 2022 that you cannot miss:

Money Heist is one of Netflix’s biggest non-English originals. The popular TV series is getting a brand new adaptation from South Korea. This adaptation is going to feature some incredible actors and actresses. This is expected to be one of the best Korean series on Netflix and a smash hit this summer. A talented crew composed of top-class thieves attempting to pull off a heist in the Korean Peninsula with the help of their genius strategist. The audience has been anticipating this for a long time and all eyes are focused definition behind the title Joint Economic Area and on the background.

Weird Lawyer, Woo Young Woo is expected to come on Netflix in June 2022, the exact date is yet to be announced. This exciting new k-drama rings a bell of the popular K-Drama from The Good Doctor.

A 27-year-old lawyer Woo Young Woo with an impressive memory, a wonderfully creative thought process, and a 164 IQ score graduates from the prestigious Seoul National University for college and law school by ranking at the top of her class. However, she still finds herself struggling in everyday interactions due to her Aspergers Syndrome.

It is a Korean period drama where Jang Wook of the noble Jang family, in the country of Daeho becomes a topic of discussion among the people of the country as he holds an unpleasant secret about his birth. Jang Wook, the troublemaker happens to meet an elite warrior trapped within a physically weak body, Mu Deok and becomes his servant. Mu Deok starts teaching Jang Wook how to fight secretly. The history Korean drama is expected to perform well on Netflix.

One of the best Korean dramas Netflix has to offer in June 2022 is Welcome to Wedding Hell. It revolves around the story of Kim Na Eun and Seo Joon Hyung – a couple in their 30s who are preparing for their wedding day. Their dream of a fairytale wedding seems like a distant dream when they are hit by reality. During the whole process of organizing the big day from the meeting of the two families to finding their marital home, the pair have a lot to check off their to-do list before they walk down the aisle.

Also Read: The 30 Best Korean Dramas You Must Watch On Netflix

Our Blues has been aired on Korea’s cable network tvN and has been performing well in South Korea. It is the best Korean drama 2022 Netflix brings to you as the show is running at the number one position on Netflix Korea. Other Asian countries such as Indonesia, Malaysia, and Vietnam have given a positive response to the drama and it has been quite successful in these places too. We can’t wait for it to release.

If you watch K-dramas you might be aware that fleeing from city life in South Korea means life on the beautiful island of Jeju which is also perfect for the people who are not so lucky in love to find their soul mates.

Which K-Drama are you looking forward to watching on Netflix in June 2022? Let us know in the comments below!