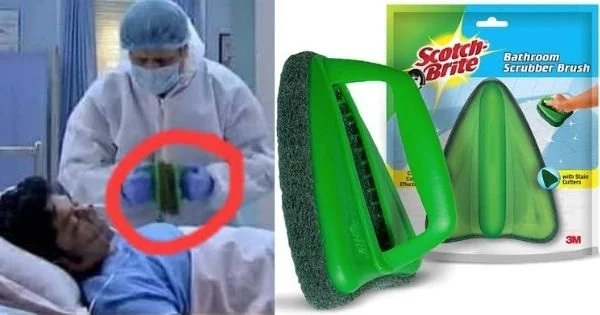 The word ‘weird’ doesn’t begin to cover when it comes to Indian television nowadays. Weird is I who still have to take my father’s permission for a night out to a friend’s place. Weird is people watching these shows and still liking them. The stuff on Indian television is something else altogether. So, here is the list of the 12 most bizarre scenes from Indian TV shows that make us wonder what writers were thinking before that. Let’s check it out:

In the show, a shape-shifting lizard named Lavanya assumes in her reptile form to marry Divya’s fiance.

Rahul is turning into a tiger on his honeymoon in this show. Because apparently, he is a shape-shifting tiger who turns into an animal on certain nights of the year.

Simar turned into a Makkhi in the show. After topping Game of Thrones, the makers unapologetically take a note from the Telugu film Eega, which was a remake of Makkhi in Hindi. As far as Sasural Simar Ka is concerned, any inspiration is a game. We won’t be surprised if they try to transform people in elements of Terminator or James Cameron’s Avatar next.

In this show, two nagas are French-kissing in the only way they know how to and of course, are capable of.

Gorilla fell in love with the lead character, Thapki in this show. Well, what can we say?

In this show, Gopi Bahu is washing her husband’s laptop as 2020 washed away our happiness. However, in this case, we all know “Rasode mein kaun tha”

Once again, this left us baffled. The woman is trying to strangle herself with a curtain in the show which is every sibling after a soft nudge.

Keeping up with the dystopian times we are living in, this couple is trying to kiss through face shields. Typically, love in the time of Corona

Snake-woman chilling on a tree with full makeup on like in the show it’s no one’s business.

Mona Singh splitting into 3 personalities in the show because there is nobody like her.

Shape-shifting snake woman turning into a naagin in her mandap because apparently, that’s the true test of her love.

Once again, it’s the Naagin show. This show never fails to shock us. I am assuming that this happened in the middle of the highway in Mumbai. I suppose that this ends Delhi vs Mumbai debate.