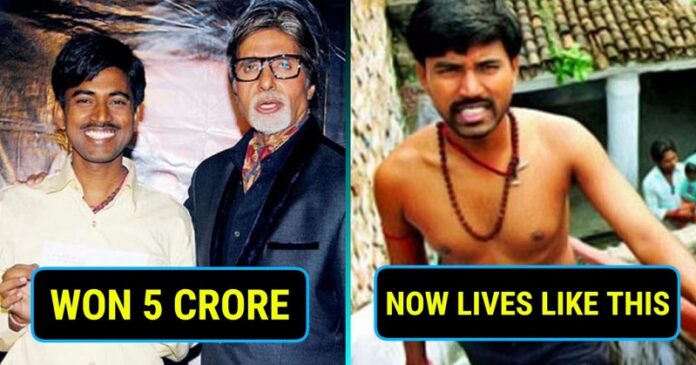 So, here is the list of 10 KBC winners who became crorepati and their present lifestyle. Let’s take a look at them:

Harshvardhan Nawathe had become crorepati in the very first season. He prepared for Civil services earlier that paid him off on KBC. After winning, he shifted his focus towards MBA and went to the UK. He is now a married man and working with Mahindra and Mahindra.

Ravi has become the first little one to win Rs 1 crore being just 14 years old on KBC Junior. He used the money for his studies and cracked UPSC. Now, he is an IPS officer.

Rahat Taslim belonged to a lower-middle-class family. She got married due to family pressure but her dream was to continue her study and earn money. So, she came to the show and walked off as a crorepati. She has her own garment store now.

Sushil Kumar was the only contestant to win Rs 5 Crores in the history of the KBC. Sushil wanted to buy a house and to live with his wife without any burden. But, he didn’t use his money wisely and now struggling for money.

Sunmeet Kaur wanted to see herself as a Fashion Designer. She worked upon her dream after being second in Rs 5 Crores winners club. She has her own brand now that she shares with her friend.

Taj Mohammed Rangreaz is a professor who won Rs. 1 crore in KBC. With the amount, he treated her daughter’s eyes, bought a house, and helped in the marriage of two orphaned girls.

These brothers the amount of 7 crores in KBC. With that money, they treated her mother who was suffering from cancer. And with the remaining amount, they started their business.

Anamika Majumdar runs an NGO and is always in search of funds. And her dedication took her to KBC and won a total sum of Rs 1 Crore rupees. She invested that amount in NGO.

Binita lost her husband in a terrorist attack. To make her son’s life, she came to KBC and won Rs. 1 Crores with her knowledge. With the amount, she opened a coaching center and fulfilled the dreams of her family.

The latest season of the KBC was won by Sanoj Raj. He won the amount of Rs 1 Crores. He wishes to be an IAS officer someday, being a civil servant student.