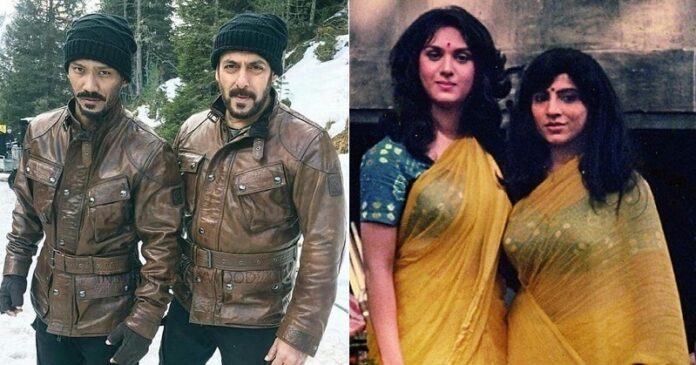 Here is the list of 16 Bollywood superstars who use stunt doubles to perform their stunts. Take a look at them:

All those dangerous gun-wielding and building hopping stunts were not performed by Salman Khan. It was performed by his body double Jawed El Berni.

The aerial acts and action scenes in the film Dhoom 3 were performed by Katrina Kaif’s body double.

Hrithik Roshan used a body double for stunt sequences in the historical saga Mohenjo Daro. However, it didn’t perform very well at the box office.

Abhishek Bachchan played the role of a dacoit in the iconic film of Mani Ratnam, Raavan. However, he used a body double named M.S. Balram for the fighting sequences.

Aamir also used his body double for the stunts in the movie Dhoom 3, just like Katrina Kaif.

Although Akshay Kumar likes to perform his stunts on his own, he also used a stuntman to do the stunts in the movie, Chandni Chowk to China.

In the movie Bang Bang, Hrithik Roshan performed most of the stunts. But, he had to use a stuntman after an injury to perform the action sequences.

Shah Rukh Khan has played both the actor and his fan by himself in the film, Fan. However, he used a body double to do the heavy lifting for an action sequence filmed in Croatia.

Dimple Kapadia also used body doubles in her films and one of her doubles was Reshma. She was a prominent stunt woman in the film industry.

Reshma also played the body double for Hema Malini in the film, Sholay.

In a scene in the movie Mardaani, Rani Mukerji’s character Shivani chases a goon on a bike. It was actually performed by a body double.

It wasn’t Shah Rukh Khan that was being beaten black and blue in the movie Chennai Express, it was his body double.

Ranveer Singh used a body double in the movie, Bajirao Mastani to perform the fighting scenes in the film.