What is a live-in relationship?

It can be defined as couples living together without being married to each other legally. It can also be termed domestic cohabitation between two unmarried individuals. Nowadays individuals are choosing live-in relationships over marriage, it has become quite prevalent among the young couples living in metropolitan cities. 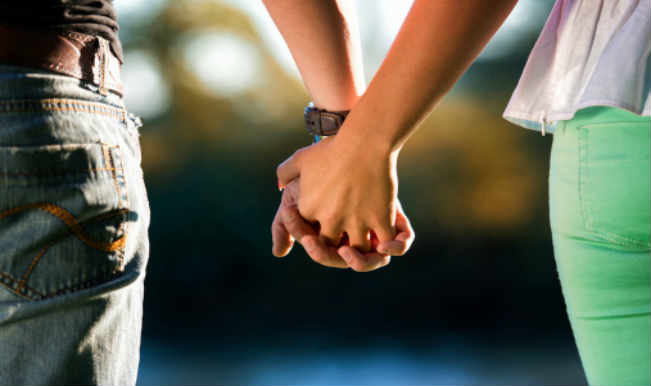 Let’s discuss some of the benefits of a Live-In Relationship:

One of the main objectives and advantages of a live-in relationship is to check your compatibility with your partner. It takes time to know about a person and the best way to do that would be to spend ample time with your partner, and what better way to do so other than living with your partner under the same roof. This way you will get an idea about the real personality of the person and understand if you are compatible or not. It is better to find that out before getting married.

The financial status of an individual is more flexible in a live-in relationship than in a marriage. You have the independence to take your own financial decisions without consulting your partner every time, it doesn’t have to be a joint exercise as both the partners don’t have to live with that decision. You also don’t have to spend huge amounts of money on dates as you will be living together and won’t have to pay for legal divorce procedures even if you want to get separated later.

Most of the time the responsibilities of marriage are based more on conventions and less on compatibility. In a live-in relationship, you don’t have to take part in certain impractical responsibilities that come with marriage. Since live-in comes with freedom of certain responsibilities, your responsibilities will be based on your needs and they will be equal and practical for both partners.

5. Free from societal norms and diktats

In a live-in relationship, you don’t have to worry about pleasing each other’s families and feel the pressure of putting someone before you. As you are not bound by any rules and conventions, it gets easier to maintain personal space and not make compromises. You also get the freedom to walk out of the relationship more easily if things go wrong.

6. Not taken for granted

A live-in relationship has some practical benefits, it makes individuals appreciate each other more and respect each other’s efforts to maintain the relationship that keeps the spark between the two. Generally, after marriage, the spark dies down eventually due to the responsibilities and burdens of commitment.

7. Not getting the stamp of a divorcee

Divorce is a huge taboo, especially in a country like India. Divorcees are looked down upon in society. When you are in a live-in relationship, you are not bound by any legal customs and you don’t have to go through the legal procedures of a divorce if you want to split up.

8. Insight about your married life

When you stay in a live-in relationship with your partner, after a certain period of time, you begin to understand if you are ready for a long-term relationship like marriage with that person or not.

In India, the idea of nuclear families is catching up, but most of the time, even after marriage most couples have to live with their parents, and couples living by themselves are considered impractical. The freedom of romance and intimacy takes a back seat in such scenarios. The initial years of a relationship are the most exciting and the romance and physical intimacy should be free from family commitments and social obligations which is possible in a live-in relationship.

10. A failed relationship is better than a failed marriage

At the end of the day, if you find out that you are not compatible with each other or you cannot picture yourself with the person for the rest of your life, it will be easier for you to get out of the relationship than it would have been if you were married.

Confused? Check Out The Do’s And Dont’s Of A Live-In Relationship

In India, the age-old customs and traditions are strictly followed and it is difficult for Indian society to accept any changes in the modern age. Though some people have accepted it, some are still hostile towards it. We are often curious and unaware of the Indian Laws governing the subject of live-in relationships. Is it illegal in India? What are the guidelines that regulate such relationships?

A live-in relationship is not illegal in the eyes of the law.

“(a) relationship between two persons who live or have, at any point of time, lived together in a shared household, when they are related by consanguinity, marriage, or through a relationship in the nature of marriage, adoption or are family members living together as a joint family.”

In the case above, the words ‘relationship in the nature of marriage’ encloses within itself live-in relationships.

Under section 2(s) of Protection of woman from Domestic Violence Act, 2005.

under section 2(f) of Protection of woman from Domestic Violence Act, 2005

Rights Of Women Partners And Children In A Live-In Relationship

The Right to Maintenance under Section 125 of the Cr.P.C.

After the recommendations of the Malimath Committee on Reforms of Criminal Justice System to amend Section 125 of the Cr.P.C., the Court adjudged that the woman was entitled to maintenance for herself and the children born to them and to change the meaning of ‘wife’ therein, a revision was made. As per the current legal position, women who have subsequently been abandoned by their partner after their live-in relationship, enjoy the status of a wife.

In Kamala v. Mohan Kumar, the Hon’ble Supreme Court had expressed that the term ‘wife’ should be given a purposive interpretation to further the principles of social justice and uphold the right to dignity of individuals enshrined in the Constitution. In this instance, the Court adjudged that the woman was entitled to maintenance for herself and the children born to them because a long cohabitation between woman and man led to the presumption of marriage.

By way of judicial interpretation, women can also seek maintenance under the above-mentioned Act, the court has granted the maintenance to the female residing in the live-in relationship.

After the amendment of the Act in 2005, women are entitled to inherit self-acquired property and ancestral property just like that of a son irrespective of her marital status.

By way of inheritance, the woman in a live-in relationship was allowed to receive the property from her partner just like a widow gets the husband’s share.

Legal Status of the Child Born Out of Live-In Relationship

As observed in the case of S.P.S Balasubramanyam v.  Suruttayan, by virtue of the Act mentioned above the child born out of a live-in relationship will not be considered an illegitimate child.