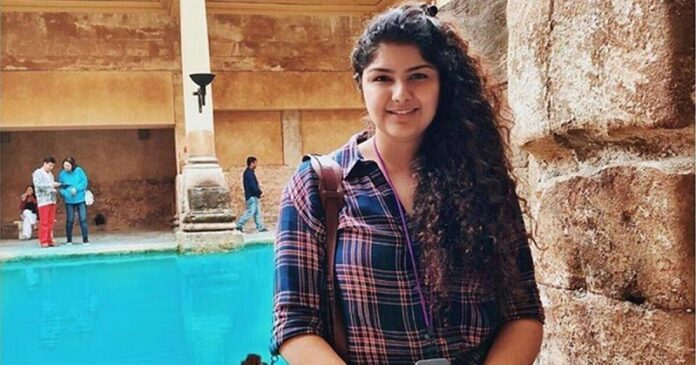 Anshula Kapoor is the daughter of Boney Kapoor and his first wife, Mona Kapoor. She is also the younger sister of Bollywood star Arjun Kapoor. While Arjun Kapoor has been a part of numerous stage plays, Anshula was a brilliant student in her school days. Due to her phenomenal performance in her ninth & tenth standards, she got the honor of Head of Middle Awards.

However, she became headlines after the death of her stepmom, Sridevi. She gained a lot of respect from people as he was there to support her step-sisters and father in their tough times. She supported both the daughters of Sridevi and Boney, Janhvi and Khushi in their bad times, forgetting all the bitterness. She and Arjun are being praised on social media for their mature behavior.

Although Anshula is much more than that. So, here is the list of some lesser-known facts about Arjun Kapoor’s successful sister, Anshula Kapoor that proves that she is quite successful at such a young age of 25. Scroll down to check it out:

In 2012, Anshula worked as a team builder after completing her studies for Habitat for Humanity International’s Economic Empowerment. She worked on a project of house-building in the same year in Romania. She got an opportunity to work with Google later as an AdWords Representative. She worked there for five months and call it a quit.

We all know that it is quite difficult to get a job, let alone in Google. But Anshula Kapoor is one of those amazing people who got a job at Google and showed that she is nothing less than anybody else. However, after quitting her job at Google, she worked as an Associate Account Strategist in Gurugram. In 2014, she relocated to Mumbai and worked for Exceed Entertainment Pvt. Ltd. She worked there as a Licensing & Merchandising Associate but within a year, she quit that job too.

Since childhood, Anshula was interested in acting. She had acted on the stage as a lead actress in many shows such as Bhagwat Ajjukam, Oedipus, A Midsummer Night’s Dream, The Night of January 16, and many others. She was quite amazing on stage and people loved her acting skills.

Anshula was not just interested in acting or joining the film industry but also she is quite amazing academically. From Barnard College in New York, Anshula completed her graduation and also received a certificate of merit for academic excellence, that too two years in a row. In the world of Bollywood kids dropping out, she is quite an achiever.

4. Master In All Subjects

In the year 2006, she outclassed everyone in the field of English Literature, Geography, and Chemistry. When it comes to Bollywood kids, most of them are college dropouts, and some of them did not even have completed their school. But, Anshula surely amazes everybody with her achievements.

5. Won The Head Of Middle Awards

Due to her excellent performance in academics, Anshula won the “Head of Middle Awards” in the year 2006. It shows that Anshula was quite serious about her studies and wanted to reach the skies in whatever she does. She definitely proves herself to be a one in a million kid.

MUN is the place where from different countries students play the role of delegates and attempt to solve real-world issues. These solutions were under the policies and perspectives of their assigned country. For the year 2006-07, Anshula was the head of MUN (Model United Nations).

Anshula owns a BMW X3 car. This car is worth Rs. 40 lakhs. She also owns a 3 BHK apartment in Juhu and her net worth is approx 5-6 crores. By doing such enormous and amazing work and inspiring many of the women, she lives a lavish life on her own terms.

Anshula is indeed a successful woman with a golden heart. The way she is supporting her sisters in their toughest times shows how much sensitive and mature she is at such a young age. Moreover, there are many strong women just like Anshula Kapoor who face all odds to become successful.