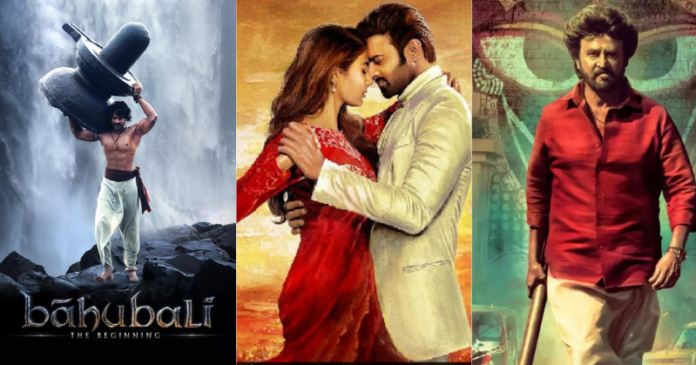 South Indian cinema has come a long way in terms of competing with the continuously large Bollywood business. They are producing the best films on the planet. These films are causing a stir in the Indian film industry as well as in the far north. Now we’ll look at some well-known South Indian films that people from all over the world have adored. We’ve compiled a list of the top Hindi dubbed South Indian movies, which you may choose from and enjoy in your unique style.

So, here are the top 10 Hindi dubbed South Indian movies to watch on Netflix,

Beast is the latest south movie. A global terrorist organisation seizes control of a well-known metropolitan junction to demand the release of the group’s head, who is imprisoned. A meeting with the team’s leader is arranged by the Indian government. As a result, they begin to communicate with terrorist groups.

When the team commander notices an ex-colleague and former RAW agent inside the abducted location, he contacts him for help in liberating the captives from the terrorists. The RAW agent devises a successful strategy that allows him to defeat the terrorists and kill them.

Annaatthe starts by flooding Kolkata’s news outlets and social media debates. Annaatthe alias Kalaiayyan is keeping one of Kolkata’s most powerful gangsters awake at night. When Kolkata’s streets are filled with gang fights with firearms, cops are nowhere to be found. The whole Kolkata police force and government appear to have taken an extended vacation, allowing Kalaiayyan, a man from a small Tamil Nadu hamlet, to purge the city of rotten apples.

Vikramaditya is the most well-known palmist in the country. An astrologer predicted that Prime Minister Indira Gandhi would face an emergency. During the Emergency, Vikramaditya hides in Italy and falls in love with Dr. Prerana. Prerana’s inspirational horoscope shows that she is fighting for her life against rare cancer.

Suriya plays Kannabiran in Etharkkum Thunindhavan, a lawyer who fights for justice and protects the innocent. He is the adoring son of his parents, Aadhirayar and Kosalai, at home. In the eyes of Aadhini, his love interest, he is like Murugan, an avatar who comes to the rescue of those who are in need.

Inba, the son of a central minister, is the terrible man who is doing the ‘disrobing’ here. Inba and his group prey on innocent young ladies in the name of love, filming them in sexually compromising positions and then blackmailing them with the films. Inba vows to target Kannabiran after he saves Yazhnila, Aadhini’s friend, and threatens to expose hidden cam videos of 500 women if he doesn’t stop. This is one of the best Hindi movies on Netflix India.

‘Game Over’ opens with a young girl being kidnapped and tied up by an unknown stranger, who then suffocates her to death while filming it. News outlets report that a serial murderer is on the loose, killing a large number of people. Elsewhere Swapna, a game developer, has cut herself off from her parents and lives with her maid in a luxurious villa. Swapna is still recovering from a traumatic incident that occurred a year ago on New Year’s Day. She soon discovers that the tattoo on her hand was created by combining the ashes of a deceased person. Is what is happening around genuine or figments of her imagination now that the killer is chasing her?

Aryan and Mouna are a couple who have been living happily ever after. However, the overly charming and possessive behaviour of Aryan does not sit well with Mouna. Disturbed by everything that’s been going on, she consults a psychologist named Malar who wants her to seduce her husband so that she can divorce him. Malar, on the other hand, falls in love with Aryan, which causes even more issues. The plot of the film is what happens after that.

The film chooses to tell the story from the point of view of what the cops learned from their colleagues. Kurup was apprehended by the cops after plotting the murder of a man who looked like him to collect his life insurance. The police found multiple pieces of evidence that proved ‘Charlie’s’ death was not an accident, but rather a murder. While the audience is left to speculate on Kurup’s true motivation and what he did after altering his name, the cops apprehended his associates. The police pursued Krishna Das and Kurup to every location they were told about, resulting in a chase.

Suruli, a small-time mobster in Madurai, is a rival of Peter, a vicious criminal in London. The chauvinist Peter, who is using his muscle to push a contentious immigration bill, hires Suruli, who is always looking for a quick buck, to take on Sivadoss, whose clandestine – and lucrative – operation is run by his gang of immigrants. Suruli begins his campaign against Sivadoss, but when Atlia, the Sri Lankan Tamil lady he has fallen for, tells him what Sivadoss represents to the immigrant community, he begins to question the ethics of his actions.

Baahubali: The Beginning is a film about Shivudu, a tribal warrior child who learns about his background and awaits his fate. An ancient yet royal lady (Sivagami) tries hard to save a baby from a few approaching troops against the backdrop of a tremendous waterfall but dies in the process. That baby boy is adopted by a tribal chief and his wife. Curiosity and courage drive the little boy (Shivudu) to leave the valley, head towards the waterfall, and then head north into the neighbouring mountains, against his mother’s desires. He’s just enamoured by a rebel (Avantika), whose cause he enthusiastically embraces. This is the reason he is drawn to the Mahishmati Kingdom and forced to confront his past.

Shiva, the son of Bahubali, must claim his rightful place as the rightful heir to the throne of the Mahishmati Kingdom after hearing a narrative of his parent’s love story and the treachery that led to his father’s death, but first, he must avenge the injustice committed against his parents and people.

These are some of the best south Indian movies on Netflix dubbed in Hindi.