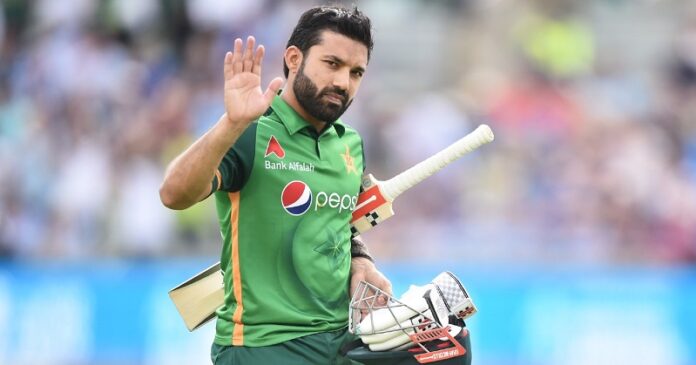 The former Indian skipper of the Indian National team, Virat Kohli, who recently stepped down from the position of India’s T20I and Test captain was also demoted as the ODI captain. In over two and a half years Kohli has not made a century at any level.

Scoring only 194 runs at an average of 19 so far in IPL 2022, there is no doubt that this is the former RCB skipper’s worst IPL season ever. For the first time in his 15-year career, Kohli has recorded three first-ball ducks in a single IPL season.

After three IPL golden ducks, I think he needs some basic batting tips.

What a terrible fall..

Meanwhile, while Kohli is going through a difficult time, the Pakistani Cricketer Mohammed Rizwan said he would “pray” for Virat Kohli. According to Rizwan, Virat has been successful and was able to accomplish remarkable things in his career since he is a hardworking player. He also added that the tough times for Virat will be over soon and he will spring back to his best form.

He also said that Kohli is a champion player, and the rest of the players should pray for him at this point since he is a hardworking cricketer. Rizwan recently told Cricwick,

“I will say that he is a champion player but at this stage, we can pray for him because he is a hard-working cricketer. And tough times do come and things do get easier too.” “Every player has scored centuries and got out on pairs and this goes on. I can pray for him and I am hopeful that through hard work, he will control all the things,”

“Things do get easier” 🤞

Mohammad Rizwan is confident that Virat Kohli will get through the tough times 👏#Rizwan #ViratKohli #PAKvIND #IPL2022 pic.twitter.com/RynNorEKiH

Photographs of Rizwan embracing Kohli went viral last year after the ‘India versus Pakistan T20 World Cup match.’ The Pakistani cricketer stated that Kohli will have control of the situation soon and that every player passes through a phase like this.

Amitabh Bachchan “the stories we tell can often become larger than us & can skip lightly across borders, sometimes riding on cricket, sometimes through film. Sometimes they nestle in the warmth of the hugs that Virat Kohli gave Mohammad Rizwan & Babar Azam” #T20WorldCup #INDvPAK pic.twitter.com/ArGNEOnvy1

According to the Pakistani ace hitter, Tough times arise but eventually, things get easier. Players who scored centuries have been eliminated in pairs, he went on, Kohli will be in charge of everything.

The fans of the Indian cricket team lauded the kind words of Rizwan. Coming from a man who is one of the leading players of the biggest rival team made them appreciate him even more.

Rizwan (in Cricwick) said “The conversation with Virat was bit personal, even my brother doesn’t know – I will say, he is a champion player. I can pray for him because he is hardworking, he will overcome – tough times do come, things will get easier – every player go through it.

Apart from praising the 29-year-old for his humility, the fans also made a point to criticize the toxic Indian cricket fans who always come up with unkind words and utilize every moment of the Virat’s misfortune to troll him for his deeds on and off the field.

Take a look at some of their Tweets:

When your oppnents praise you but xyz of zero athleteticism and knowledge says “finished”, you know your worth. ❤ https://t.co/0QDOF85awA

“I can pray for him because he is hardworking, he will overcome – tough times do come, things will get easier”

Kohli has won ppl beyond boundaries , most of the cricketers love being arround him , especially you get ones . https://t.co/HjRF7GIRAn

When your oppnents praise you but xyz of zero athleteticism and knowledge says “finished”, you know your worth. ❤ https://t.co/0QDOF85awA

the whole world is rooting for you except your own team bro https://t.co/4qW2NDpoB6 pic.twitter.com/inejyr9168