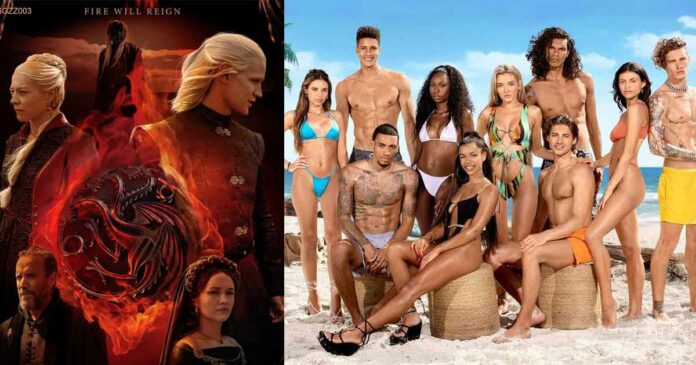 Nowadays there is stiff competition among several online streaming platforms, especially the OTT platforms like Netflix, amazon prime, Hulu, etc. Have you ever faced the language barrier while streaming a popular web series? This often happens when we choose a binge-worthy series to watch but the language turns out to be English.

Genre: Crime drama; Thriller; Release: 2022; IMDb rating: 8.5/10
Ozark is a crime drama series. It follows the story of a married couple who move in with their family to the Lake of the Ozarks for money laundering. When things go wrong with the Mexican drug cartel, Marty, the financial advisor sets up a bigger operation in the Lake of the Ozarks. Later things become twisted and they get involved with the local criminals and mafia gangs. It is the best Hollywood web series in Hindi.

The story revolves around a journalist who is investigating the case of Anna Delvey(Julia Garner), who has stolen many hearts and money from the Elites of New York. She is a German socialite who is involved in several scams. This series is one of the best Hollywood web series in Hindi.

This is a Korean web series based on the zombie apocalypse, where trapped students try to escape high school during a zombie virus outbreak. Korean zombie dramas are always fun and thrilling to watch. This zombie series is breaking the internet now and is among the top ten Hollywood web series.

Genre: Science fiction; Horror; Drama, Release: 2022; IMDb rating: 8.7/10
Stranger Things is one of the top Hollywood web series on Netflix. The 4th season is scheduled to be released in mid-2022 and it is a much-awaited web series. The story revolves around a few friends who come across some supernatural powers and government politics. It is a fiction horror drama which is very thrilling as well as entertaining.

The mysterious world of Ragnar Lothbrok is featured in the Vikings. The show portrays a lot of battle scenes, so if you are a fan of, “Game of Thrones “, you can give this show a try and you will absolutely love it. It is one of the best web series in Hindi dubbed.

Euphoria follows the story of a group of high school students who are suffering from drugs, social media, love, money while they grow up to establish their identity. Look out for Zendaya’s stunning performance. Also, don’t forget to recognize BTS Jungkook’s song Euphoria in the series.

Among the web series Hollywood, this series has eight episodes, and it follows the lives of the students of an elite school who come across each other from different socioeconomic backgrounds. The plot is attention-grabbing and thrilling. If you are into high school drama, this is the best Hindi dubbed web series and it’s really made for you.

If you have watched the first season of this series you should not miss out on the second one. For those who haven’t watched it at all, now is the time to start watching. Bridgerton, the series is based on the Regent era of England where 8 siblings of the influential Bridgerton family try to find love. It is a period drama and a must-watch for history enthusiasts. This one surely makes it to the best Hollywood web series list.

The plot revolves around two sisters who face some supernatural elements when they come to know that their parents died by participating in a cult ritual. If you are into horror thrillers, this is the best web series Hindi dubbed for you to watch.

After the popular series How I Met Your Mother, which has a massive fan base, the sitcom How I Met Your Father was released on 18th January 2022. Its story revolves around Sophie played by Hilary Duff, who tells her son about how she met his father. This web series Hollywood is quite funny and entertaining.

It is a much-awaited Marvel Studios web series where Marc Spector, a mercenary, and Steven Grant are set to investigate Egyptian gods from the same body. If you are a Marvel Fan or just love to watch fiction, action, and superhero series, don’t miss out on this one. It will be released on 30th March 2022.

The plot revolves around Terry Seattle and his partner, who is a celebrity trying to solve a scripted murder investigation without a script. This is a crime series with a hint of comedy. Watch this hilariously entertaining series on Netflix.

Jack Reacher, a veteran military police investigator, enters civilian life when he is falsely accused of murder. In the drama series, Jack Reacher is played by Ritchson who went through a rigorous workout routine to train for this role.

Mark Scout leads a team at Lumon Industries, The plot revolves around some employees who have undergone a severance procedure, surgically dividing their memories between personal lives and their work.

This series is quite popular and people are very excited about the new season. The story revolves around Mrs. Maisel, who was leading the life of an ideal woman in the 1950s whose life takes a surprising turn when she discovers a hidden talent, that is stand-up comedy. It is a must addition to your Hollywood web series list

The Witcher: Blood Origin will serve as a prequel to the Netflix television series The Witcher. It is an upcoming fantasy miniseries adapted from The Witcher book series by Andrzej Sapkowski. The prequel is most-awaited and yet to be released on Netflix. So, look out for this Hollywood web series.

The show revolves around 10 commitment-phobe singles who visit paradise to mingle where they can win $100,000, on one condition, they have to refrain from intercourse. It has a fun and controversial plot. It is one of the popular, and best Hollywood web series to watch.

This series is based on real-life events and it’s one of the best in this genre. The plot follows the life of Queen Elizabeth II from the time of her early reign to modern times. If you have an interest in historical events this one is a must-watch.

Season 6 of this series is going to release this year. This show is a massive hit. The show follows Tommy Shelby, who is a dangerous man. Peaky Blinder is a gang based in Birmingham led by Tommy, who faces a threat from the inspector Chester Campbell who tries to put an end to Tommy’s criminal activities. If you are interested in History and crime, this one is perfect for you.

21. House of the Dragons (Netflix)

This Hollywood web series is set to release in 2022 and is a trending topic right now. It is a prequel to the popular web series Game of Thrones. This show will be about the story of the Targaryen civil war, 300 years before the “Game of Thrones” happened.

This Ricky Gervais-led drama, comedy is wrapping up with its third and final season. It’s about a man grieving the loss of his wife, he tries to embrace the future as he lets go of his past in the last installment of this series. Watch out for some extraordinary performances by the actors.

23. The Woman in the House Across the Street From the Girl in the Window (Netflix)

Heartbroken Anna whose life is confined to just looking outside a window sets eyes on a handsome new neighbor when she witnesses a murder. If you like murder mysteries and thrillers, this one is for you.

It is a high school drama in which a teenage girl who is obsessed with Superman gets hold of some superpowers. The cool and confident teenage girl with loving adoptive parents and friends, her life changes when she discovers the multiverse in search of answers.

It is a thriller series in which a married woman faces a situation when she has doubts about her close ones after spending a passionate weekend.

In the new season, you will get to see Superman and Lois Lane as parents of two twin teenagers. The superheroes face the biggest challenge in their lives, being working parents in today’s time.

After the murder of their father, three siblings move into a house full of reality-bending keys. The series is thrilling and mysterious. You should definitely give it a watch.

It is an upcoming American horror comedy, revolving around the character, Wednesday Addams of The Addams Family. Initially introduced by MGM Television, the series is set to premiere on Netflix. Jenna Ortega plays Wednesday Adams in this.

Reunited after their billionaire father’s death, the siblings reunite with their superpowers to find the reason behind their father’s death leading to a huge threat. The Umbrella Academy is based on graphic novels and comics.

Genre: Superhero; Release: 2022(yet to release)

Who isn’t aware of The Male Hulk, but this is a Web series produced by Marvel Studios where Jennifer Walters undergoes a blood transfusion which brings about Hulk-like transformations in her, thus, becoming the She-Hulk.