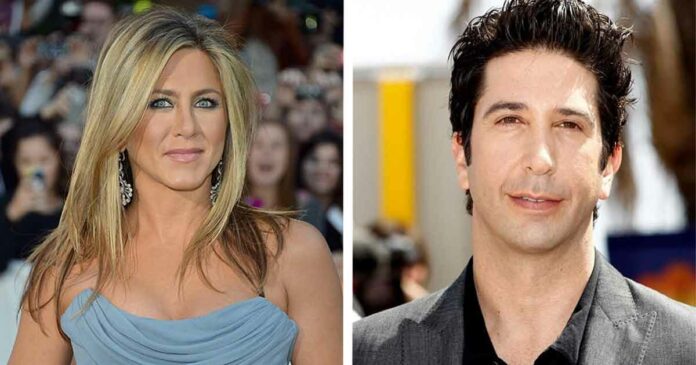 For 236 episodes, the cast of FRIENDS was there for each other just as much as they were there for its audience. Those who watched the original NBC run reminisced over their own 20s vicariously through them and hoped to someday grow up to be like them. For the audience, the show itself has become the seventh friend. The streaming of the series on various streaming services allowed its fans to watch it again, while others found it new for the first time and marked it as a piece of comfort television.

But which FRIENDS scenes are the best? Could this BE any trickier? Using the powers of unagi and to celebrate FRIENDS and the people associated with them, we have ranked the best scenes from the series. Scroll down to check out if your favorite scene is on the list or not. Let’s take a look:

Peter DeLuise as Carl and Nicky Katt as Arthur were the ones who bullied Ross and Chandler in FRIENDS. They were guest stars who were invited to play this part as they were shooting some other project nearby. They agreed to do it and gave a wonderful performance. They gave us laughs and also highlighted a very important problem in everyone’s life. The scenes involving the bullies were hilarious and so we have it on our list.

Can you ever forget Chandler’s special dance on the table? None of us ever can so it was ought to be featured in the list of hilarious scenes from FRIENDS. The way he gets excited after learning he’s the best Monica ever had was priceless. The immature behavior and the level of craziness were unexplainable. On top of that, Monica too tries to imitate the dance and surely took it a LEVEL HIGHER!

We know Ross was badly and madly in love with Rachel but sadly his love was not reciprocated in the beginning. It was bold of him to keep loving for so long because it’s really hard to do that. You might remember it vividly that on one of Rachel’s birthdays he couldn’t attend but managed to send her a gift through CVHandler and Joey. That was the moment that Rachel learned about the love which still burns in Ross’s heart.

4. The One Where Chandler Crosses The Line

Chandler’s crush on Kathy really challenges the viewer because as a matter of fact, we wanted them to be together but that is so wrong because they’re both cheating on Joey. This scene converts from flirting to hair-dressing and hair-dressing to kissing. In this scene, there was love between Chandler and Kathy, and most importantly there was guilt for cheating Joey. It was an emotion-packed scene.

5. The One With The Cleansing Ritual

This amazing scene is in the episode “The One With The Candy Hearts”. It is Valentine’s day and boys are the only ones who have got dates. So, as per Phoebe’s advice, the date-less girls start to perform a cleansing ritual. For this ritual, they begin to burn in keepsakes from boys they want to forget. However, Paolo’s grappa contains too much alcohol and it ignites fire aggressively, resulting in three hunky firemen to the apartment. The way girls feel that the ritual worked and they finally got the right guys were hilarious. And that is why it is on the top list.

Recommended List: Success Of FRIENDS Cast After The Show Ended

6. The One Where Joey Kisses Chandler

New Year’s Eve came a little bit early on the first season of the series and it turns out that it is not a very happy New Year for the core group of six. They all were alone, it was almost midnight, and they have no one to kiss them when the ball drops. Chandler keeps screaming for someone to kiss him because he is quite upset. And like a true friend, Joey comes to the rescue, while Ross catches the moment on film.

7. The One Where Phoebe Meets Mike’s Parents

The entire journey of Mike and Phoebe’s relationship is amazing. But, the scene where Phoebe meets Mike’s parents is just another level. In the episode “The One With Ross’ Inappropriate Song” Mike introduced Phoebe to his parents. Phoebe being Phoebe, things weren’t going well between her and his parents. However, Mike accepts her craziness and they said they loved each other for the first time. With all her childhood stories, puking on his parent’s wardrobe, and their acceptance of love for each other, this scene became special.

8. The One With Monica And Her Fancy Plates

It is Thanksgiving Day and Rachel’s middle sister, Amy shows up to spend the night with the group at Monica and Chandler’s apartment. On the other hand, Chandler persuades Monica to use fancy plates this year for Thanksgiving and she agrees. Later, after dinner, Rachel and Amy get into a fight that results in breaking one of the fancy plates. After seeing this Chandler took charge of the situation and separates them. However, later Chandler goofs and smashes the entire set in pieces.

9. The One Where Chandler Gives A Lap Dance To Monica’s Father

This hilarious scene where Chandler gave a lap dance to Monica’s father is in the episode “The One With Phoebe’s Cookies”. Monica’s father invites Chandler and Ross to play racquetball so that he can bond with Chandler. After playing, they all went to the steam room to relax. But, Chandler sits on his lap accidentally while they’re both naked. Chandler’s reaction in this scene is the funniest.

10. The One Where Will Hates Rachel

At the Thanksgiving dinner, an old high school friend of Monica’s, Will is invited. But Monica is unaware that he isn’t exactly fond of Rachel. While Will is hating Rachel to date, she is immediately attracted to Will but unable to recognize him. Later, he announces that he hates Rachel, and back in high school days, he and Ross founded the “I Hate Rachel” club. Not just that, they also initiated a rumor that she was a hermaphrodite.

11. The One With The Blind Dates

Joey and Phoebe think that Ross and Rachel should get back together with Emma. But instead, Ross and Rachel ask them to find them a date. They purposely set both of them on horrible blind dates where Rachel’s date is a cry-baby and Ross’s date didn’t even show up. Ultimately, Ross and Rachel find out that what Phoebe and Joey have done. From Rachel’s cry-baby to Ross’s free crab cakes, everything was hilarious in this scene.

12. The One Where Chandler Was Used

Phoebe plans to celebrate her birthday at a fancy restaurant with her friends. Joey and Phoebe were waiting at the restaurant and meanwhile, Monica and Chandler have a big fight because Chandler smoked and didn’t really apologize. However, since Monica was ovulating, she wanted to try to have a baby, but Chandler denied it because of the quarrel between them. So, to trick him into bed, she acts as she has forgiven him. Afterward, when she tells him the truth, he feels used and they start fighting again.

Oh, God! We loved the reunion and still can’t get over it. So to keep up with the excitement and to keep the party going here’s a small clip from the reunion. You remember the fashion show from the reunion right? Well, it was fun! We got to see so many iconic dresses all in one place and as FRIENDS fans we could not be more overjoyed!