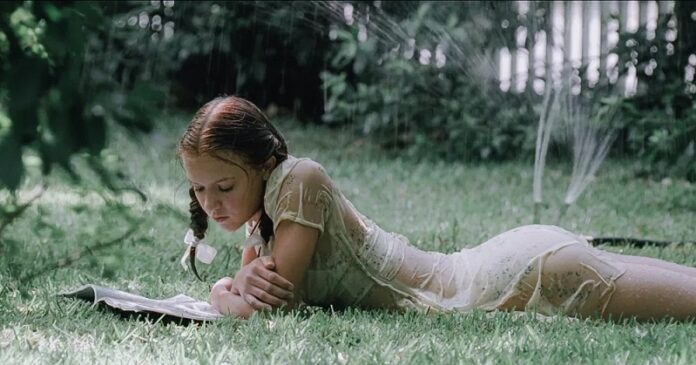 Humbert Humbert is a professor with classic old school. He has gentlemanly taste in literature and has different intellectual passions as well. Moreover, he meets a widow and marries her because he wanted to be close to her young and beautiful daughter, Lolita. This movie is loved by the audience because of its story and scenes.

Lee is a patient who has mental issues and hurts herself. To an esteemed lawyer, she gets the job of a secretary and turns the professional relationship into a sadomasochistic one. These turn of events leave them both hanging on for sanity.

James gets into a car crash that nearly takes his life. After this experience, he finds himself drawn to the subculture of similar survivors. These people turn the feelings of ‘accident’ adrenaline into sexy danger. And this eroticism of mortality and death turns him on.

Tomas is a surgeon and travels a lot for operation. On one of his trips, he meets an innocent young woman, Tereza, and gets smitten by her. He brings her back with him, but in the meantime, Tereza finds out that Tomas has a mistress. Eventually, this results in a complicated yet steamy relationship among these three.

Seligman, a single, lonely but wise man discovers a woman lying beaten up on a roadside. He escorts her back to his home. Little did he know that she is a self-diagnosed nymphomaniac. She starts to tell him her story and how she got there in her life.

John and Elizabeth are the two strangers who meet, and fireworks explode. With a highly passionate affair, they begin. Gradually, it on to bondage, striptease, and other sexual stunts. However, as quickly the things get heated, as quickly they burn out as well.

A murder case was given to Detective Nick to solve. For him, the prime suspect was the victim’s girlfriend. However, she seduces him when he calls in to interrogate her to begin an intense fling. But, this fling reaches a new level of manipulation and lust.

Jay and Claire hook up weekly but things get fired up when Jay begins to wonder about the woman. He wants to know more about her life. But he was afraid that his curiosity might get in the middle of their perfect sexual arrangement and will eventually kill their sexual wavelength ahead.

Murphy and Electra get involved in an extremely charged relationship. It crosses all lines with each passing day. Their experiments make them invite another woman in bed as they go ahead with their outlandish addiction. However, this equation didn’t work out well and throws the whole equation off-balance.

Two adolescent friends are really close, not in a sexual way. However, one of them wonders about going to the other side of the road. He experiences this with another boy and that made him realize what he craves. However, more people and complications come into play as they keep going.

Ari is a womanizer and proud of never repeating sexual escapades. His one-night-stands shake up a bit and want to commit when he meets an attractive woman. But after meeting her amazing friends, he was unable to control himself.

Adèle is confused about her sexuality and to understand how she feels, she unsuccessfully tries being with a man. However, she’s transfixed when a blue-haired girl walks into her life. The two of them start dating and can’t get enough of each other. Later, they face a crushing heartbreak.