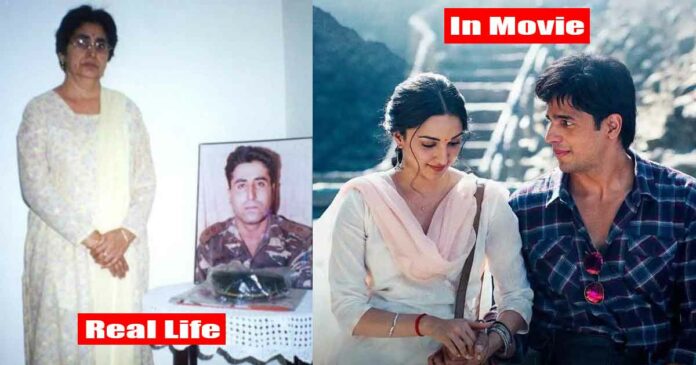 Our nation can never forget our Kargil war heroes. They kept their lives at stake to save us. In the midst of the martyrdom by many Bravehearts, Capt Vikram Batra got stuck in everybody’s mind. With the history of the Indian Subcontinent for the bravery, courage, and sacrifice, Batra’s name has been etched in our hearts.

After doing everything for the country, he left us with all his memories. However, we can never miss out on the name of his Girlfriend and fiance Dimple Cheema when we talk about Vikram Batra. Their love and sacrifice always make us believe in true love.

Dimple Cheema was born in 1975 in Chandigarh where she also completed her primary schooling. Later, she did a Bachelor of Arts (B.A) from a known college. After that, she got into Punjab University to complete her MA (English). However, she left college in the middle of the session because of some family issues. There she also met the love of her life, Vikram Batra, and then her life was never the same.

Dimple Cheema was the girlfriend of Capt. Vikram Batra. He was martyred in the 1999 Kargil War. At Punjab University in the year 1995, Dimple met Vikram Batra for the first time. That time Vikram just finished his bachelor’s degree. Even though he got himself enrolled for a Master’s in English later, always wanted to join the army. So, in the first year of his master’s degree, Vikram cleared his CDS and left the university. But, his heart always remained there with her as he was crazy about Dimple Cheema.

Before his posting to Kargil, Vikram Batra’s girlfriend, Dimple Cheema got engaged to him after dating for a year. One of the Dimple Cheema facts is that decided not to marry in her life after Vikram’s death and is living her life as his widow. There has been no day that Dimple has not remembered him in the past 22 years. Dimple believes that her and Vikram’s love will remain for eternity. Even though they were not married, she feels like she is Vikram Batra’s wife. In an interview, Dimple said, “I know in my heart we are destined to meet again, it’s just a matter of time.”

After meeting for the first time in 1995 at Punjab University, Dimple Cheema became Vikram Batra’s girlfriend and they dated for a year. After that in 1996, Vikram got selected for the Army and joined Indian Military Academy. His love for Dimple got more strong when Vikram got away from Chandigarh. The love and understanding between the two got stinger with time. After the distance in their relationship, they became inseparable by heart.

Their long posting and long-distance relationship always made Dimple worry. The two always talked about their future whenever Vikram comes back. One day, Dimple again started the topic of them being apart for so long. At that time, Vikram Btara cut his thumb, filled the blood in his Maang, like that she became Vikram Batra’s wife.

In an interview, Dimple recalls that day and says, “On one of his visits, I raised the issue of marriage as I was feeling a bit insecure. Without saying anything, he took a blade out of his wallet, cut his thumb, and filled my Maang with his blood.” She continued, “That is the most cherished moment of my life to date. Then, later on, I used to tease him that he is pure filmy.”

The two decided that they will soon get married when Vikram was home during his holidays in March. He promised Dimple to come back and marry her when Vikram got the orders to report back during Kargil War. He even shared the plans with his mother. They decided to marry once Vikram came from Kargil.

Unfortunately, Capt. Vikram left the world on July 7, 1999. Dimple decided to be his widow after his martyrdom and never got married in her life. The two spent the 4 years of their relationship together in Chandigarh. So, she decided to live there where their love story started.

Sidharth Malhotra and Kiara Advani starrer film “Shershaah” released on August 12 on OTT. The film revolves around Kargil war hero Captain Vikram Batra and the way he valiantly fought till his last breath. This amazing story also portrays the love life of Vikram Batra and shows us what true love is all about. Actor Kiara Advani plays the role of his girlfriend and fiancee, Dimple Cheema.

While actress Kiara Advani will be seen in the role of Dimple Cheema, actor Siddharth Malhotra will be playing the role of Capt. Vikram Batra. Vikram Batra’s twin brother, Vishal Batra made Kiara meet Dimple during the shooting of “Shershaah”.

Kiara told Indian Express while talking about Dimple and her relationship with Vikram Batra, “It was very warm because it was only the both of us. I was in Chandigarh shooting for something else and it was all thanks to Vishal Batra, who made us meet.” She continued, “There was no one else in the room and she spoke and I just listened to her. She reminisced about all her memories, their moments. How things were back then, writing letters, trunk calls.”

She further added, “It wasn’t as easy as it is today to have a long-distance relationship. In those four years, even though it was only a couple of times that they might have even physically met, you are so much in love with each other that you decide this is for eternity and that’s a choice you make.” She said, “Today to see someone actually decide and choose “I don’t want to marry anyone else ever in my life,’ imagine what it speaks for the love they had.”

5 Reasons The Harry Potter Movies Are Still Worth Watching

Best Horror Movies On Amazon Prime To Get You Through Night

The 10 Best Animation Movies Of All Time