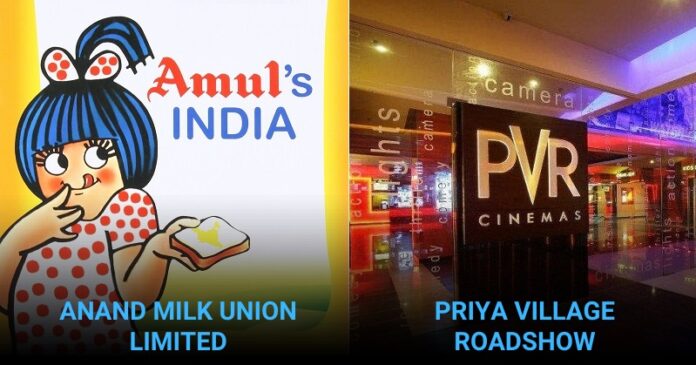 On a daily basis, we use some of the brand names but never really bothered that what actually these names stand for such as L&T, P&G, DLF, and the list goes on. You will be surprised to know the full form of such famous brands. Here is the list of those popular brands and their full names. Let’s take a look:

The brand which is quite famous in Delhi is just the acronym of Delhi Land & Finance. In 1946, this brand was founded by Ch. Raghvendra Singh. Currently, DLF operates many shopping malls, housing societies, and business centers in Delhi, Noida, and Gurgaon.

Before getting over-shadowed by now-famous brands, it was one of the most used and famous brands in the market. Little did we know, he stands for British Physical Laboratories which was founded in 1963.

This Italian automobile company was founded back in 1899 by Giovanni Agnelli. After FIAT, many automobile companies came into the market, but it still remains one of the most trusted and popular ones. It stands for Fabbrica Italiana Automobili Torino and is the largest automobile manufacturer in Italy.

The full form of the famous brand BSA is Birmingham Small Arms Company Limited. This popular brand is famous for making bicycles.

HDFC stands for Housing Development Finance Corporation. It is one of the most famous privately-owned banks in India. This bank was founded by Hasmukhbai Parekh in 1977.

It stands for International Business Machines Corporation. It is one of the most popular brands in the market which was founded by Charles Ranlett Flint in 1911.

HTC, which stands for High Tech Computer Corporation marked a new era of smartphones. This electronics company was founded in 1997 by Taiwanese. Surprisingly, this was the major vendor for companies like Samsung and Apple.

This 1944 company stands for Industrial Credit and Investment Corporation of India. It is one of the most famous private banks with a presence in 17 countries including ours.

JBL stands for James Bullough Lansing. It is one of the most reputed brands in sound devices. It is an American company which is founded by Lansing. It produces devices such as headphones, AirPods, speakers, and many more.

LG stands for Lucky Goldstar and as per its name, it is an unparalleled electronics company in the country. Its products are quite popular and well-known in the market.

Amul stands for Anand Milk Union Limited, one of the most famous and widely-used dairy products companies. It is also known as the milk capital of India.

PVR is actually an acronym of Priya Village Roadshow which is one of the largest multiplex cinema chains in India. The concept of multiplexes was introduced in India by PVR in 1997.

Read more: 15 Popular Indian Brands We Thought Were Foreign, But Are Actually Not