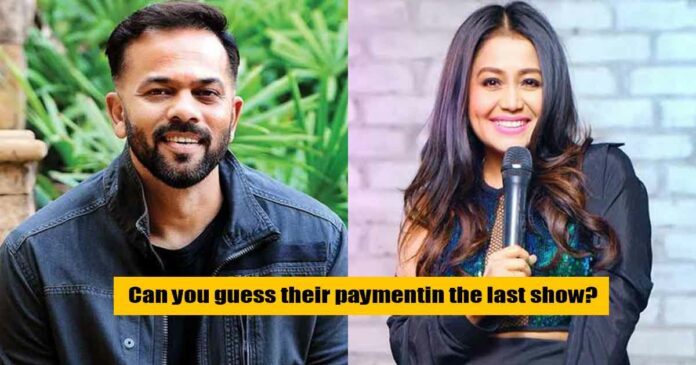 In India, reality television shows are immensely popular. It’s a fantastic platform for artists looking to make a name for themselves in the industry. These reality shows also feature well-known actors as judges, these judges are eye-catchers of the shows. These television shows have a large audience and a large fan base. The judges demand a staggering amount every episode for TV shows with high TRPs.

So, let’s take a look at some of these highest paid reality shows judges of all time:

Amitabh Bachchan hosts one of India’s widely popular quiz shows. “Kaun Banega Crorepati” is the name of the show. For more than ten years, the audience was enthralled by the actor’s charisma. He charged roughly twenty-five lakhs per episode in the first season, rising to 3.5 crores per episode in season 11. It’s just too hard to believe.

Shilpa Shetty, one of the most well-known actresses of the 90s, has been in the profession for a long time. She judged a number of TV series in the latter half of her career. Because of her engaging presence, the show’s TRP was constantly high. She charged a whopping fourteen crores for the full season of the reality show Super Dancer when she was judging it.

Speaking of Salman Khan, one of the highest-paid actors in Indian Cinema. He has a huge fan following across the country as well as the world. The actor hosts/judges the famous reality TV shows Bigg Boss. Due to the presence of the actor, the show is widely popular. Salman Khan charges around 6.5 crores per episode prior but the amount gradually increased to a staggering 8.5 crore per episode, the actor makes around two hundred crores per season of Bigg Boss.

Karan Johar is a well-known Indian director and the founder of Dharma Productions. He also conducts a lot of judging on reality TV shows, and his gossipy nature helps to boost the show’s TRPs. He won a hefty amount of rupees ten crores as a judge on the reality show “Jhalak Dikhhla Jaa” at the end of the season.

Anurag Basu is a well-known Indian filmmaker. He has directed a number of well-known Hindi films. He also serves as a judge on a number of Indian reality shows. Because of his perfect job as a judge, television networks are clamoring to sign Anurag Basu. He recently appeared on the reality show “Super Dancer” as a judge. He was paid a whopping six lakh every episode. He is presently one of the highest-paid judges on Indian television shows.

Vishal Dadlani is a well-known Indian singer, songwriter, and composer. He also serves as a judge on a number of singing reality shows. He is now serving as a judge on “Indian Idol”. For the show, he charges a whopping five lakh every episode.

Anu Malik is a well-known Indian singer, songwriter, and music producer. Often referred to as “Bollywood’s voice.” The megastar has appeared on multiple seasons of the television show “Indian Idol.” He charged four lakh per episode for nine years. Producers stayed with him for a long time because of his honesty while judging.

Remo D’souza is one of the most popular dancers, choreographers, producers, and directors. He is known for bringing various dancing styles to the Bollywood industry. Remo is known for starring as a judge in various dance reality shows. During his time in Dance India Dance (DID) he charged 2.5 lakhs per episode. Recently he is judging a reality dance show known as “Dance+” where he charges five to six lakhs per episode. He is one of the highest-paid choreographers in the industry.

Neha Kakkar is a well-known Bollywood vocalist. Her flawless voice and successful songs have made her a household name. She also serves as a judge on many reality singing competitions, including “Sa Re Ga Ma Pa L’il Champs” in 2017. She is presently a judge on the popular singing reality show “Indian Idol”. She is being paid a whopping five lakhs per episode. Because of her sweetness and beauty, she draws in a large number of viewers.

Rohit Shetty is one of India’s famous directors, known for producing various family-friendly films. He also stars as a judge in numerous reality TV shows such as “Khatron Ke Khiladi”. It is always there in the news that how much the contestants of the show earn, but would you not like to know how much the show’s anchor/judge earns? He has been judging the show for five long years and charges a jaw-dropping fourth nine lakhs per episode.

Here, we listed some of the highest-paying reality show judges/hosts, but several other stars earn a hefty amount by judging such kinds of shows. For example Geeta Kapur, Himesh Reshammiya, Honey Singh, Kiron Kher, Malaika Arora, and Archana Puran Singh.