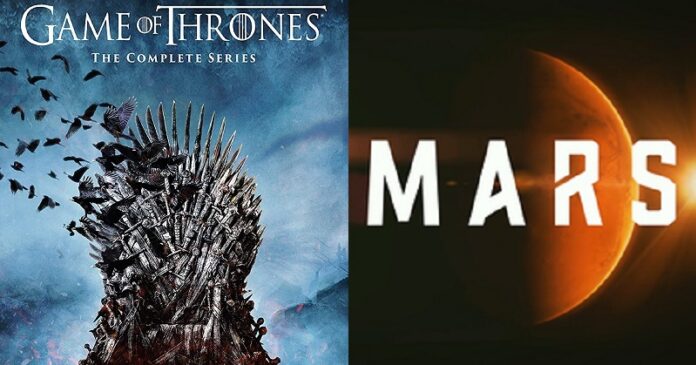 With new and exciting shows and movies releasing every day, Hotstar has established itself as a prime mode of entertainment. Be it Hollywood or Bollywood, Hotstar has it all. The Hollywood web series available on Hotstar are of various genres, languages, and backdrops. Hotstar has made dubbed versions of the best shows on the platforms to be enjoyed by all. The dubbed versions of these shows are just and entertaining and maintain the original charm.

To enjoy these shows in Hindi, scroll through our Hollywood web series in Hindi dubbed list.

The first show on our Hollywood web series list is, Wanda Vision. The show was released in 2021, and so far has 1 season and 9 episodes. The series has a great rating of 8.1 on IMDb. The show takes place three weeks after the events of Avengers: Endgame. Wanda Maximoff and Vision are two superhumans who are living an idle suburban life and trying to hide their identities. Soon, they start to notice the wired change in their surroundings and question their lives.

2) The Falcon And The Winter Soldier

Up next on the web series Hollywood list, we have The Falcon and The Winter Soldier. For all the Marvel fans, this show is a treat. Two superheroes Falcon and the Winter Soldier team up for an adventure that will test their skills and their power. The show excels in the action-fiction genre and has an IMDb rating of 7.5.

Everyone loves Thor, but how many of us know the real story of Loki. The villain of the Avengers series, Loki is the God of Mischief. Loki steps out of his brother’s shadow to continue his journey after the events of Avengers: Endgame. One of the best Hollywood web series in Hindi for an Avengers fan, Loki has an IMDb rating of 8.5

One of the most popular shows in the world and arguably, the most successful is Game of Thrones. This how tops the list of Hollywood web series in Hindi list for its unexpected twists, and brilliant storyline. Nine noble families battle with everything they have to gain control over Westeros. The show has an IMDb rating of 9.2, and with its cult-line fan following in the world, it is a must-watch.

Big Hero 6 The Series follows the events of the movies Big Hero 6. The 14-year-old tech genius Hiro Hamada continues his adventures with the lovable robot Baymax. Together with their friends, they go on a new high-tech journey to protect their home. The series is perfect for the entire family to watch together and has an IMDb rating of 7.2. This show is entertaining and funny and a good series to fill the best web series Hollywood in Hindi list.

Cosmos is a Hollywood web series presented by Neil deGrasse Tyson. The renowned and respected astrophysicist takes us on an unforgettable journey of discovering the cosmos. Scientific concepts along with the right amount of skepticism and wonder are presented. The show has an excellent 9.5 rating on IMDb and is worth a watch and deserves a top spot on our best Hollywood web series in Hindi list.

The show features six men and women who travel to Mars to colonize the planet in the year 2033. To achieve this feat, the show highlights the people behind this mission. The show has an IMDb rating of 7.5 and is a must-watch for people who like drama and science fiction. With two successful seasons, the show ranks high on the Hollywood web series list.

8) Suite Life Of Zack And Cody

For the kids of the mid-2000s, this show is the ultimate top-tier comedy. The Suit Life is was a widely successful show on Disney and now can be enjoyed in Hindi as a dubbed Hollywood web series on Hotstar. Zack and Cody are two twins who live with their mother in a hotel in Boston called Tipton. With unique and quirky characters, a funny script, and an amazing cast, the show was a fan favorite. For some nostalgia, this show is a perfect watch.

The next show on the best web series Hollywood in Hindi list is Cosmos: Possible Worlds. After the success of the first Cosmos, the sequel had big shoes to fill and it exceeded all expectations. Neil deGrasse Tyson returns to expose more secrets of science and take views on spiritual explorations. The show takes us on the uncharted territories of unknown worlds and the places which humans might inhabit someday. Just like the original, the sequel also has an excellent IMDb rating of 9.2 and easily tops the bet web series Hollywood list.

Star War is one of the most popular movie franchises in Hollywood and has legions of fans all around the world. The characters of this show are first introduced in Star Wars: The Clone Wars. The Bad Batch takes a look at the elite and experimental troopers of Clone Force 99. These troopers together find their path in the shifting galaxy in the aftermath of the Clone War. For the fans of the Star Wars movies, this show is an absolute delight and definitely deserves a spot on our must-watch Hollywood web series in Hindi list.