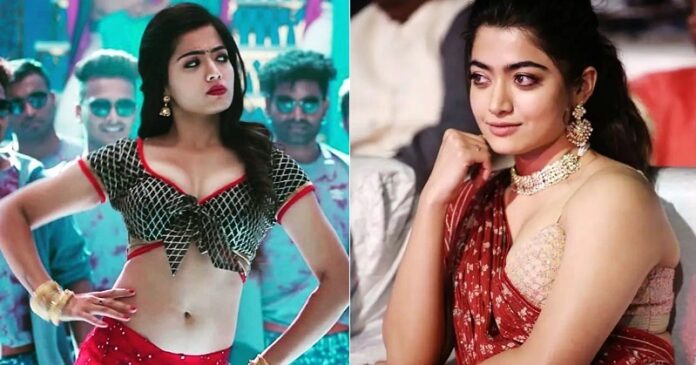 Rashmika Mandanna, a South Indian actress has also earned mass popularity in the north. The actress has been credited with some of the South Indian film’s best performances. Moreover, her style statement is quite admired by the fans. Recently, Google declared her the National Crush of India for the year 2020. Rashmika has become the most loving personality and her fans have been expressing their excitement ever since by trending #NationalCrushRashmika on Twitter.

Rashmika Mandanna joined the world of movies in 2016. She has starred in Telugu and Kannada movies and now is making her debut in Tamil and Hindi films. She started her acting career with the film Kirik Party. Later, she starred in several Kannada films such as Chamak, Anjani Putra, and many more.

Rashmika Mandanna made her debut with Chalo in Telugu movies and is all set to make her Tamil movies debut with Sulthan in 2021 opposite Karthi. Moreover, she is making her Bollywood debut with Mission Majnu. She is starred opposite Sidharth Malhotra. She is also doing a movie alongside Amitabh Bachchan, named Goodbye.

Rashmika Mandanna On The Title

While talking about being the national crush of India, Rashmika spoke in an interview and expressed her gratitude to fans for their sweet gesture. She also said that she never takes ‘pressure’ about her public appearances no matter what. Besides that, she also revealed that all the credit for her looks goes to her team and they work hard to make her look perfect. While talking to BollywoodLife, she also said, “There are a lot of exercises that happen behind to make a celebrity look a certain way that they do.”

Rashmika said that being titled as the national crush is something that just happened. And, it’s not something about which she pressurizes herself. She said, “I take it like an appreciation that I have got from the people for all the hard work I have done until now.” Besides that, she also mentioned that if the title lasts longer, she will be immensely grateful. However, if it doesn’t, she will be happy that she had it at some point in time. She expressed her gratitude and said, “I think it’s just the love that people are showing and I am supremely grateful.”

Netizens Reaction Of Rashmika Being The National Crush Of India

However, coming back to her being the National Crush of India, her fans flooded the internet with VMs of the Pushpa actress, beautiful portraits, and fan-made posters. They also shared her imitating the popular social media emojis. Let’s check out what her fans are tweeting about her:

She has only lovers not haters. Her expression is killer. She is so cute I love her and my dream to meet her. #NationalCrushRashmika @iamRashmika pic.twitter.com/VQWN77vjKu

Legendary fans of @iamRashmika are expressing their joy seeing their favorite actress as National Crush of India in Google..

She is the queen of expressions
Many people love her
She is very cute @iamRashmika #NationalCrushRashmika pic.twitter.com/F5VVsYNyjY

@iamRashmika Hey Lilly you are so damn perfect & inspiration to all that Everyone falls in love with you & huge respect towards you.#NationalCrushRashmika pic.twitter.com/xq6uLRskfi

Rashmika Mandanna rose to fame with the movie Geeta Govindam. It was the opposite actor Vijay Deverakonda. However, her acting debut was with the movie “Kirik Party.” Interestingly, it went on to become one of the highest-grossing films of the year in Kannada. If we talk about the National Crush of India 2020 Male, Vijay Deverakonda has bagged the title. He broke the record with his film Arjun Reddy. Now, his name is marked with golden letters in the industry. He also earned mass popularity among the fans.

Recently, Rashmika Mandanna broke all the records with her blockbuster film “Pushpa” along with Allu Arjun. If you don’t know, it is the first time she had been associated with a big project. In the beginning, she was unaware of the expectations she should keep from it. But, now the film is so successful, she is very grateful.

Read more: 10 Girls Who Became Overnight Sensation And Were Called The National Crush of India