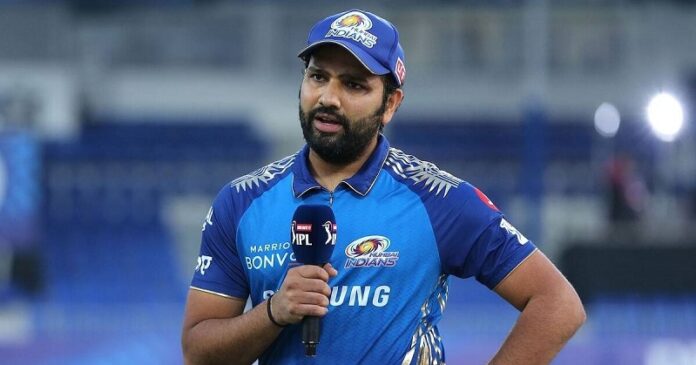 Mumbai Indians lost to Kolkata Knight Riders (KKR) by five wickets on Wednesday (April 6) which recorded their third consecutive loss in the ongoing Indian Premier League (IPL). The proceedings were under the control of the Mumbai Indians led by Rohit Sharma till the arrival of Pat Cummins.

In the 14th over Andre Russell was removed by Tymal Mills but things took a different turn when Australia’s Test captain walked in to bat while KKR still needed 61 runs off 40 balls.

A couple of overs later, Cummins smashed Jasprit Bumrah and Mills hitting a couple of sixes and boundaries before going all out and hitting Daniel Sams for 35 runs in an over to reserve a win for KKR.

The Mumbai skipper Rohit Sharma was visibly frustrated with the result after their third consecutive defeat. When the commentator made an effort to console and cheer him up by reminding him how his side has been a slow starter in the tournament and not lose hope, Rohit interrupted and cut him short by saying he doesn’t intend to win everything towards the backend of the league. He said at the post-match presentation:

Reportedly he was also seen letting out his frustration on the technical staff and even looked frustrated while gearing up for the post-match interaction.

Watching Rohit frustrated was a shocking sight for most cricket fans and they quickly took to social media to point them out.

Take a look at the fans’ reaction:

Rohit is full on angry 😲

First time saw Rohit getting emotional in post match presentation. Man you guys have won 5 trophies for us.

Wonder how kohli controlled those emotions for all those years.. here this guy getting rattled just after 3 matches … Rohit so frustrated 😂 #KKRvMIpic.twitter.com/ZqUc0wgEEP

This must be a humiliating punch . Rohit legit looks angry. 🤣🤣🤣

The five-time IPL champions, Mumbai Indians’ position has currently declined to the bottom of the table. Even the skipper’s own form with the bat is not helping.

Just like the defending champions Chennai Super Kings (CSK), they have also played three and lost three. To be included in the playoffs for the second season running they need to turn things around quickly or else they might miss out.