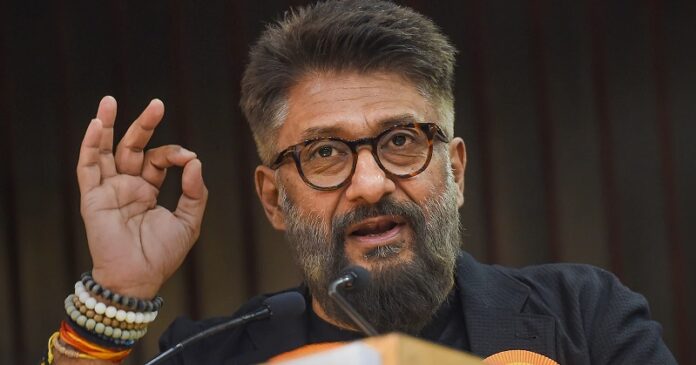 The film Kashmir Files is based on the exodus of the Kashmiri Pandits in the 1990s. The movie has been directed by Vivek Agnihotri and created quite a buzz on the internet since its release on March 11th. The movie has been a center of controversy, a new one emerged as soon as one rumour died. The film features some eminent actors like Anupam Kher, Pallavi Joshi, Mithun Chakraborty, and Darshan Kumaar.

The film has been produced under the banners of Zee Studios, IAmBuddha, and Abhishek Agarwal Arts. The Kashmir Files broke the box-office records ranking as one of the highest-grossing films post-pandemic.

For the unversed, the film is based on the actual narrative of a religious minority in the Kashmir valley, the Kashmiri Pandits (Hindus), who were forced to run from their homes by Islamic extremists in the 1990s. For more than 30 years, they had to survive in exile as the government refused to assist them in resettling. They had only one objective that was to be heard and their problems addressed. But sadly, their plight was only mentioned in political debates.

Through the film, The Kashmir Files, millions of people got to know about the horrendous genocide of non-Muslim Kashmiris and the tragic truth of Kashmir that has been kept under wraps or neglected for years. Some people believed the story and some found it difficult to believe that the film is based on genuine events.

The movie attracted a lot of negative reviews and haters, even though it showcased an open truth. With the recognition, it reached a huge audience and some people found the plot hard to digest.

Apart from The Kashmir Files, there have been other films about this incident. The Kashmiri Pandits are still seeking justice and acknowledgment. The Kashmiri Pandits (KP) have been living in exile for almost 30 years, and the locals encroached on their homes and shops. This film presents a persuasive argument, based on accounts from survivors, that this wasn’t just an exodus, but a brutal genocide that is still being brushed under the carpet for political purposes.

“It depicts the early 1990s exodus to be a genocide, a notion that is widely considered inaccurate” and “associated with conspiracy theories”

The Director Vivek Agnihotri Reacted To It Very Strongly:

On Sunday, he took to his Twitter account and slammed Wikipedia by sharing a screenshot of the Wikipedia page of his film, The Kashmir Files.

You are failing your Secular credentials. Hurry, edit more. pic.twitter.com/c0KyfCc1Co

Vivek Agnihotri is known for his bold approach to controversies and rumors.

The film will be available on OTT platforms in several regional languages like Hindi, Telugu, Tamil, and Kannada on May 13. The Kashmir Files’ success is a testament to Vivek and the rest of the crew’s honesty while working on it.

For those who missed this blockbuster on the big screen, The Kashmir Files will now be accessible on ZEE5. Grab this opportunity and watch it now!