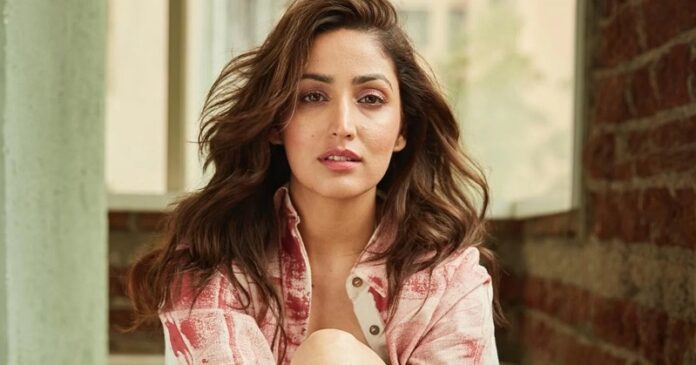 Bollywood Actor Yami Gautam Dhar, being married to a Kashmiri Pandit (filmmaker Aditya Dhar), had tweeted a few days ago that she was made aware of the “atrocities that this peace-loving community has gone through.” The Kashmir Files by Vivek Agnihotri has taken the box office by the storm. The film has been a blockbuster hit and crossed the Rs 200 crore mark. Yami even requested everyone to support and watch the film.

Actor Yami Gautam married Aditya Dhar on June 4th, 2021 in a low-key wedding ceremony. The couple got married in Himachal Pradesh in Mandi. Dhar, who is also a Kashmiri pandit is the director of the blockbuster Uri – The Surgical Strike.

In an interview with HT City, Yami said,

“We are very happy how the film has been received. And it’s not just the success or numbers but it shows what people connect with or want to see or how they feel. It is something we have not seen before, so it has connected everybody and most importantly, people now feel liberated when they feel they have been heard and got a chance to express what they have been wanting to say for so many years.”

“We have read or heard about it (The Kashmir exodus) briefly, but we never knew the details of what exactly happened. When I met Aditya and his family, [they told me] all this has actually happened. And it is so painful. That’s the truth and it was long due to be told.”

However, the actress confessed that she has not watched the film yet:

“I will watch it as soon as I can. I’m just busy shooting and working night shifts plus promoting a film (Dasvi). And The Kashmir Files is not a film which you can just squeeze in time for and go or watch after pack up. So I want to take my time… It’s not going anywhere from theatres. It’s not going to be an easy watch as you can see it from the reactions of everybody who has watched it.”

Yami, who was last seen in web film A Thursday, also revealed that her husband Aditya did book a ticket and reached the theatre, “But, he just couldn’t watch the film,” she said.

He went alone, and tried but just couldn’t enter the hall. It was very overwhelming for him. He said it would be too traumatic to revisit all those memories. It would be too painful and emotional to muster the courage to watch and relive the past even if it’s [via] a film.

When asked to comment on the film is being labelled as a propaganda project that plans on inciting hate and divide people, Yami says that the film The Kashmir Files is nothing as such.

“This is beyond filmmaking,” “Also, beyond a point you have to cancel a lot of things in your head. As long as you are a part of something which you believe in and you really like it, then you stick to it. When you know in your heart the intention [with which] something has been made [being tagged as a propaganda] it’s even more painful.”

Referring to the people who are raising questions on the intentions behind this film and talking about the trolls Yami suggested that they should talk to the victims:

“If someone feels the other way, why don’t they speak to people who have spent years and years in those refugee camps? So many of them are still there and it has become a home for them. I think they would be able to answer these people [asking questions] better.”

Yami says that she chooses to go with the sentiment of the people she trusts, she concludes,

“I would love to go with the majority sentiment, with my truth, with what I have heard, and who I trust. And so many people cannot lie. Emotional pain [shown in The Kashmir Files] is beyond all these debates and agendas.”

Check out filmmaker Aditya Dhar’s Tweet on The Kashmir Files:

You might have seen numerous videos of Kashmiri Pandits breaking down in the theatres after watching #TheKashmirFiles. The emotion is real. It shows how long we kept our pain and tragedy repressed as a community. We didn’t have any shoulder to cry on and no ear to hear our pleas. pic.twitter.com/cAXZpSzDnK

Being married to a Kashmiri Pandit, I know first hand of the atrocities that this peace-loving community has gone through. But majority of the nation is still unaware. It took us 32 years and a film to get to know the truth. Please watch and support #TheKashmirFiles . 🙏 https://t.co/rjHmKVmiXZ