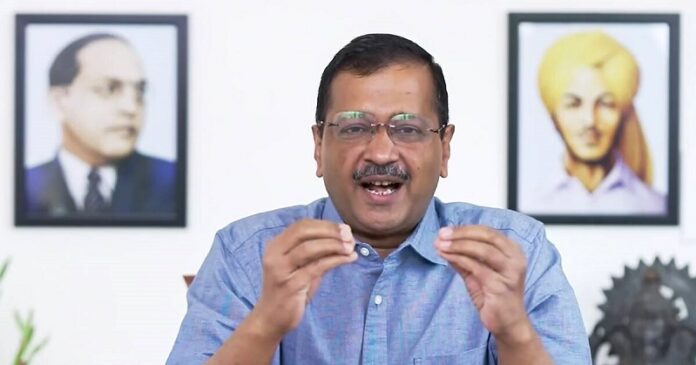 Recently, a clip of a video from the Delhi assembly where the Delhi Chief Minister Arvind Kejriwal was talking about making Vivek Agnihotri’s The Kashmir Files tax-free in the capital raised some eyebrows, and the politician was heavily criticized on social media. A few politicians also responded to his comment and he was slammed by the netizens all over the internet.

The veteran actor, Anupam Kher who plays a lead role in the film, also tweeted and urged his fans to watch the film in theaters. The film has already crossed Rs 200 crore mark and is a blockbuster hit. Though the film has been criticized by many, it did not affect its performance.

Delhi’s CM Arvind Kejriwal made a remark that Vivek Agnihotri should upload his historic hit on YouTube. Amid laughter and thumping of desks by Delhi meeting members, Kejriwal said,

“They are saying make The Kashmir Files tax-free. Well, put it on YouTube it will likely be free,” “Why are you asking us to make it tax-free. If you might be so eager, ask Vivek Agnihotri to place it on YouTube, it should all be free. Everyone will be capable of see it in a day. Where is the necessity to make it tax free?”

“Am I really supposed to react to something so absurd? Would he ask Steven Spielberg to upload Schindler’s List on YouTube? Not that I am comparing my small film to Schindler’s List. Just asking.”

At the Chitra Bharati Film Festival in Makhanlal Chaturvedi National University of Journalism and Communication, Vivek Agnihotri commented about the same and said,

“There are people who are fool, then there are mad and then there are idiots. All these three categories of people should be avoided, they should not be answered.”

“Some people were earning crores” by exploiting the suffering of Kashmiri Pandits, while BJP leaders had been “reduced” to putting up posters of the movie.” “If the BJP wants everyone to watch the movie, filmmaker Vivek Agnihotri should release it on YouTube so that it is available to everyone for free”