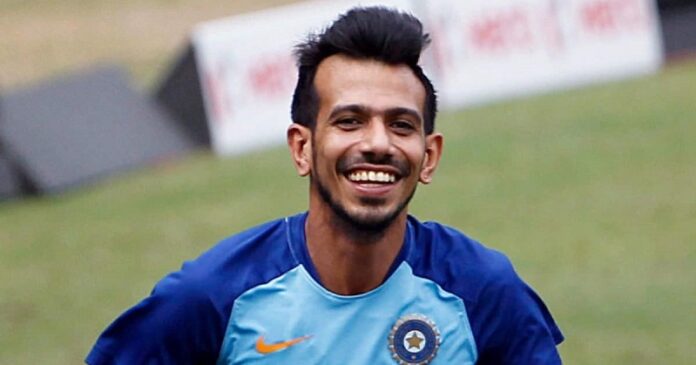 Liam Livingstone, the English cricketer came back to his best form and registered his maiden IPL fifty after smashing 60 off just 32 balls in the March 11 match between Chennai Super Kings (CSK) and Punjab Kings (PBKS) of IPL 2022.

He also made a record of hitting this season’s longest six, 108m one as CSK bowlers suffered his attack.

Twitter was set on fire with several reactions after that smashing six by Livingstone.

Aakash Chopra, a former Indian cricketer-turned-commentator went overboard and reacted by suggesting that sixes that go beyond the 100-m mark should fetch a batter 8 runs, instead of 6.

Yuzvendra Chahal, the Indian cricketer, and Rajasthan Royals (RR) spinner reacted to Aakash Chopra’s suggestion in his unique way. He told Chopra that if he intends to make changes in the batting rule, then the bowlers should also get a wicket for three consecutive dot balls.

Take a look at their exchange of tweets:

Meanwhile, the former Indian International cricketer and CSK star, Suresh Raina added a laugh reaction in replies by reacting to this exchange.

Check out some of the hilarious suggestions by the netizens:

Guessed it 6 hours before only.
Should I join you @cricketaakash
For Predictions.? 😂https://t.co/N5jkL6OrNS

Then how about 120+ metre six??😉 pic.twitter.com/EBbaMLyxSs

I think if this happen cheating in IPL will be at its peak Bcz audience can’t track the six is 99m or 100m & most important we have to believe on Empire like a god ..

150+kmph delivery should be counted as 2 deliveries

Create your own cricket where you can fulfill all your desires

And if two stumps are uprooted, next batsman should be given out

Why you guys are always in favour of batters? If 100 mtr hit deserves 8 runs dn a bowler deserves 2 bonus runs for sending a batsman back on a golden duck

Tata IPL 2022, also known as IPL 15 as it is the fifteenth season of the Indian Premier League (IPL), commenced on 26th March 2022. This season due to the addition of new teams, a Ten team format is being followed.

The 10 teams playing this season are: