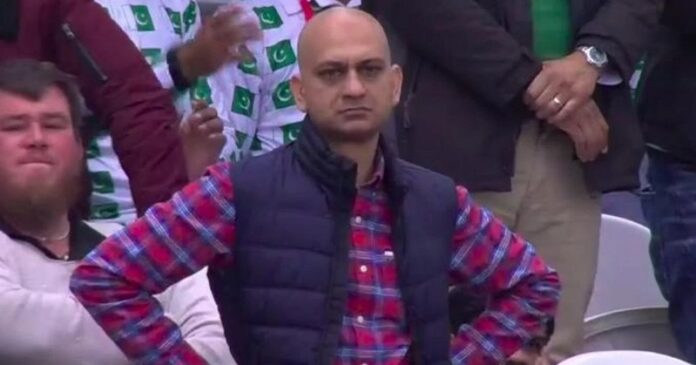 Watching a cricket match is thrilling and exciting especially when we are watching the match live. The anticipation and frustration at certain moments like your favorite batsman missing a ball can lead to some dangerous and awkward moments. Among the spectators, and on the ground, no one really knows what can happen while the game is on. Some spectator moments turn out to be more memorable than the match itself.

Here are 13 spectator moments that were more memorable than the cricket match!

Who can forget the “disappointed Pakistan cricket fan”? He was one of the most memorable memes of the 21st century. Since Pakistan vs Australia ICC Cricket World Cup 2019, Muhammad Sarim Akhtar became an internet sensation, his highly disappointed look when his team lost stirred the internet. Everyone could relate to Sarim’s expression.

During the India Vs New Zealand Test match, the video of a man chewing gutkha while speaking on his phone went viral, and netizens responded with hilarious reactions. The attitude of the man sitting leisurely and chewing gutka was enough to make everyone laugh.

Following the team’s loss in an India Vs. Pakistan World Cup 2019 match, another Pakistan cricket team supporter, Momin Saqib went viral for his rant. The British-Pakistani influencer became an internet sensation when he lashed out at the losing Pakistani team. He even went on to blame the team for not being fit enough for the match and also said that they were having “burger pizza” the night before the match. Ekdum se waqt badal diya, jazbbat badal diye.

4. Jarvis’s invasion of the pitch

A man wearing an Indian jersey entered the field during the India Vs. England Test, and tried to blend in with the players, and casually lined up with them. A YouTuber named Daniel Jarvis, also known as Jarvis 69, tried to convince the security who took him out pointing to the BCCI sign on his jersey. The Internet erupted with hilarious memes on this incident.

5. Then who casually caught an international cricketer’s ball without spilling a drop of his beer

An Australian spectator became an internet sensation after catching a ball hit by Ashton Turner in January during a Big Bash League game. The guy was holding a glass of beer in his other hand, everyone was impressed that he didn’t even spill a drop of beer from the glass.

What a catch from Old Mate! He’s just SO casually pouched this without a worry in the world 😮👏

6. Zaheer I Love You Story

A woman was seen holding a poster that said “Zaheer I Love You” during an India Pakistan Test match in 2005, she became lucky because when her image flashed on the big screen, the camera zoomed on to Zaheer Khan and Yuvraj Singh in the dressing room. When nudged by Yuvraj, Zaheer gave the woman her flying kiss back.

This man successfully caught one of Liam Livingstone’s sixes but stumbled over the front row while doing so. He kept holding on to the ball in The Hundreds. For his spectacular catch jaan ki baazi lagakar, he received loud applause.

Only thing better than all of Liam Livingstone’s sixes have been the crowd catches at Headingley. Catch of the night here 👇🏻 pic.twitter.com/6oTte47nxp

Do you have a healthy sleeping life? Well, this man surely does! During Essex’s T20 match with Hampshire in 2018, a video went viral. In the video, one can see the other spectators pile drinks and cardboard trays on a sleeping man, who continued to sleep even after the pile reached the third layer.

9. When the ball landed in a beer glass

In January, during the Big Bash League match between the Melbourne Stars and Hurricanes the English batsman Dawid Malan hit a six that landed unexpectedly in the beer glass of a man who continued to drink from it!

10. The copycat game by the audience

Ronnie Irani shared the moment with the Australian fans during a 2015 Australia Vs. England ODI, as the audience imitated the former England cricketer Ronnie Irani when he stretched to warm up.

During the 2019 World Cup, while India rejoiced over the win over Pakistan the audience went “aww!” when an Indian fan proposed to his girlfriend during the match. And she said yes!

During a match between Gujarat Titans and Delhi Capitals, a picture of a couple who were spotted kissing in the stands went viral on social media.

Ipl may come and go bruh but this stays pic.twitter.com/yydMGaL35a

Even when all the odds were against it, Mumbai Indians won the IPL 2017 in their final match against Rising Pune Supergiant. It was all because of the mother-in-law of Mukesh Ambani, Purnima Dalal, aka “prayer aunty”.