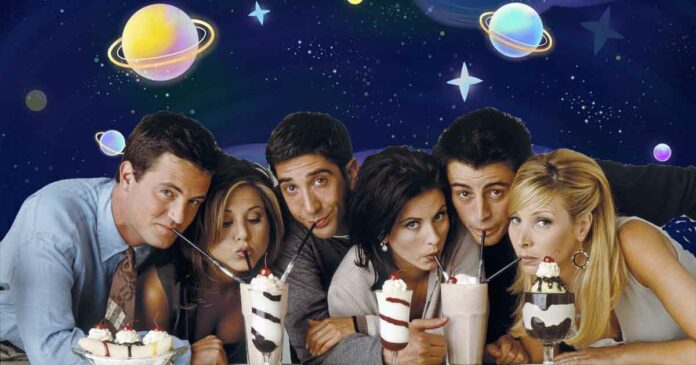 In a group of 10 ask them about their favorite show, most of them will reply with FRIENDS. And the rest people who don’t reply the same, either you can cut ties with them or take them to your house and make them enjoy a tub of popcorn while watching FRIENDS. For the people who said yes and were born around the ’90s, they might have been watching it since their childhood and are still regularly watching the reruns. A FRIENDS episode is like the comfort in life that fans are searching for. Central Perk is more than just a coffee shop to them. It’s like a second home for FRIENDS fans. And all the FRIENDS characters are not just fictional people, but their best friends too. And, if you often wonder which one of them you relate to the most, then let’s talk about their zodiac signs based on their birthdays. You will be amazed to see the similarity you share with the cast based on your zodiac.

To begin this exercise first you might want to check and remember your Zodiac sign based on your birth date. Once you have that handy, dive further into this article to find out which character resembles you the most. But before we get in. remember one thing, you are a unique individual and you have characteristics that can be good or bad, embracing all of them is the best way to lead a beautiful life. It also may happen that you might not find yourself resembling your favorite character, so don’t be sad or annoyed in that case. Just enjoy whatever comes up!

In an early episode of the show, Rachel and Ross make out under the “stars” in a planetarium. It was at the museum where Ross works. This is the only celestial reference that was made throughout the series. Yet, it’s fun to think about the show through the lens of astrology and making connections between the six famous characters and yourself. So, are you stubborn like Rachel, quirky like Phoebe, or reliable like Joey based on your zodiac sign? Let’s check it out:

This sign cares deeply about their relationships. This is their primary thing on which they focus. You hear a lot about how they value luxury items, but when it comes to relationships, other things don’t hold much importance in their life. It makes you Ross if you share similar traits. As for Ross, he had his fair share of romantic alliances over the series. In short, Libras loves to be in love. However, this explains why getting married three times is Ross’s thing.

However, they have trouble standing up for themselves. Maybe that is why it took him 9 years to confess his love for Rachel. And, when it started, they became an iconic couple. Moreover, Libras are quite intellectual and loves talking about facts, arts, or history. No wonder he loved paleontology and also loved talking about it.

Monica’s intense level of drive and passion reflects the Aries in her. Remember when he left Richard because she wanted to have a baby and he didn’t. Also, when she accepted to work in a restaurant with fake hair and breasts because she was so driven to work. Even her love for Chandler and sticking together through all thick and thin shows a real Aries in her.

This sign is incredibly caring but kind of high maintenance. Well, Chandler handled her quite well, when he said that he liked maintaining her. Aries people love getting cozy and comfortable at home at the end of a long workday. If you remember her bubble bath, you would exactly know what we are talking about.

Taurians usually move slowly and loves to take their time. They can be stubborn, but also sensual. If a similar trait is in you, then you are Rachel Green. Just like the real Taurian, she wanted to move slow with Ross. She wanted to take things forward slowly and at her own pace. Do you remember, when she held Ben like football and later argued with Ross because he planned their future together?

However, they do believe in strong relationships rather than just flings or shallow ones. They hate deviating from the plan and takes things a little too seriously. You must remember, when she was working as a waitress in Central Perk, she often said in anger and frustration that this was not the plan. And, of course, they love to shop, so does Rachel.

Chandler’s wittiness makes him none other than a Gemini. It is clear throughout the series that Chandler is an incredibly sensitive person. He has a heart full of feelings. But, he tends to use humor so that he can deflect from processing his emotions. It covers all the relationships Chandler ever has in the show, from Janice to Monica. Could he BE more Gemini?

Geminis are known for being great storytellers and having an amazing sense of humor. These signs like hearing about people’s opinions and chatting to them in general. Moreover, just like Gemini, he’s more intelligent than he might seem at first and also goes off on random tangents when he speaks. If you feel any of this trait is in you, then you are surely Chandler Bing.

What other sign could Phoebe be other than Aquarius? Aquarius is the rebel of the zodiac and has quite a unique personality. You can be very stubborn at times and hate being bored. Just like Phoebe, who’s been known to juggle up when it comes to her love life and profession. She’s the ultimate hippy chick of the gang and extremely emotionally driven. Do you remember, when she adopted the family of a mouse?

Aquarians are humanitarian, rebel, idealist, and never have a 9 to 5 job. They live life with positivity and lots of morals. This sign can be stereotypically aloof. However, they give you a lot of emotional love and support, once you’re their friend. Well, don’t get us started on Phoebe’s quirkiness and love for her friends and everything around her. She doesn’t just fit the sign of Aquarius, but surely serves as a perfect example of this water type.

Joey’s reliable and loyal presence screams Capricorn. He can be loving, caring, and your knight in shining armor. Remember, the time he proposes to Phoebe when he thought she was pregnant? However, when it comes to a real relationship, they are quite reluctant to open up. They are simple yet charismatic. If you have any of this trait, then you are definitely Joey Tribbiani.

Capricorns are the people who take the blame whenever things go wrong. Even when they are not at fault. Remember, he saved Monica and Chandler, when they were not ready to tell about their relationship? They often appear to be aloof, but once you get close, you will discover that he is just a little shy. Just pay him a compliment and you will watch him blush.

So, these are the zodiac signs of your favorite characters of FRIENDS show. Let us know in the comment section, which character are you. In case, if you are none of the above then don’t be sad just tag your friends to see if they match with these characters. It’s fun to see yourself sharing the same traits with your favorite character, isn’t it? Now, don’t just have all the fun yourself, share it in the comment section if you match with someone from the list. Let’s see how many Ross, Rachel, Joey, Chandler, Phoebe, and Monica we have in here!