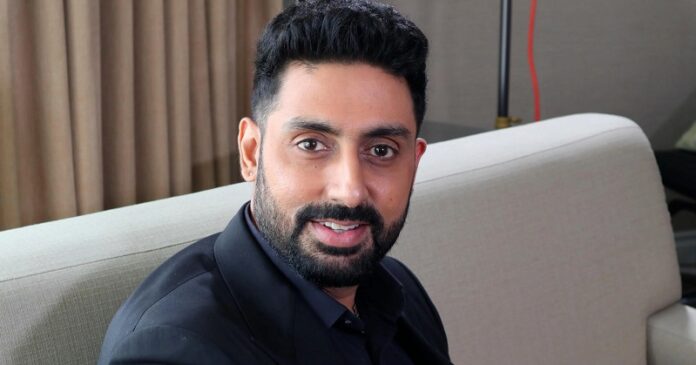 Many Bollywood celebrities have praised the recent blockbuster, The Kashmir Files, actor Abhishek Bachchan being the latest one. The director Vivek Agnihotri thanked him for his support by sharing a video of a recent interview on social media where the actor was found mentioning that the film made a mark at the box office because it’s good.

The film, The Kashmir Files, released on March 11, is based on the exodus of Kashmiri Pandits from Kashmir in the 1990s, the brutal deaths of hundreds of innocent Kashmiri Pandits, and the genocide that followed. The movie became a blockbuster hit as it managed to showcase the heart-wrenching events that occurred in Kashmir in the 90s. The film also had to face a lot of controversies but managed to come out clean and impacted a lot of people without any extravagant promotions. It stars Mithun Chakraborty, Anupam Kher, Darshan Kumaar, Pallavi Joshi, and others.

During one of his promotional interviews for his upcoming movie Dasvi, Abhishek commented on The Kashmir Files. In a recent interview with Times Now Navbharat, the actor was asked about politics and films, to which Junior Bachchan gave his view on The Kashmir Files. Many called his comment ‘diplomatic’, but the director Vivek, and the Twitter users are quite impressed by his words on the film.

“You were talking about The Kashmir Files. We’ve been talking for two or three days that you should politicize it, you should communalise it, that’s your opinion, but if the film isn’t good then it won’t work. There is no other reason for it to work. You can derive different meanings and ripple effects from it. Yet it is not for me to speak because I have not seen the film. But I haven’t heard from anyone that it’s a bad movie.”

That is the only truth of cinema. If a movie does good business-wise, it has to be a good film, else it won’t work

This clip of Junior Bachchan got several comments and is already getting a lot of attention.

The director, Vivek Agnihotri shared a part of the interview on Twitter on Friday, and wrote, “Thank you @juniorbachchan for your graciousness.” Abhishek responded to Vivek’s tweet by saying: “Look forward to seeing the film at the earliest. Best wishes.”

Look forward to seeing the film at the earliest. Best wishes. 🙏🏽

Also, check out the Tweets in response to Abhishek’s comment on the film:

Thank you Abhishek for acknowledging

That’s totally true!!! You may differ in opinion about the treatment but the fact is movie is rocking and masses are not fools.

Agree it’s a good film Though ! But ppl wanted to minimum know what really had happened to #KashmiriPandits #KashmiriHindus when the history was completely distorted by #Nehruvian /#Gandhis and that is y #kashmirifiles had all this success! My opinion ✋🏼

@juniorbachchan – I have not watched it too. But i love your answer and top of it. What a new look, keep it for a while you seems to me like a intellect and deep thinker author in your new look.