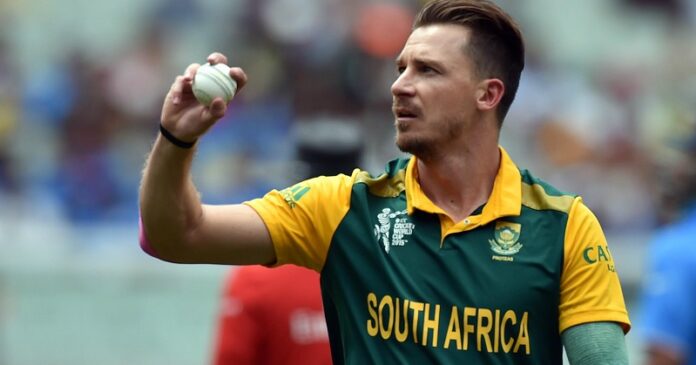 Dale Steyn, the former cricketer of the South African team won hearts and praises from all over the world including India for his witty and fitting reply to a fan’s tweet implying that Indian pacer Jasprit Bumrah is a better fast bowler than Steyn.

Dale Steyn played in a time when cricket was ruled by fast bowlers. In the last decade and a half, the norm has been below 40 average for batters, Sub-400 totals in Test matches, and matches finishing within four days. The growing popularity of T20 cricket and a number of factors have contributed to this, though it has given rise to errors in batters’ technique, the quality of fast bowling remains the most important.

One of the finest fast bowlers to ever play the game, with a clean approach to the bowling crease, an athlete-like run-up, and a motion that provided natural out-swing. The fact that he mastered the old ball, and frequently reversed it, made things much more challenging for the hitters.

At the end of his career, injuries hampered Steyn although he could have joined the 500-club like Glenn McGrath, James Anderson, Courtney Walsh, and Stuart Broad. He is one of the most productive match-winners with a 22.95 average in 93 Tests.

Recently, a fan reacted to Steyn’s tweet, who suggested that India’s Jasprit Bumrah is a better fast bowler than him, to which Steyn responded with an out-of-this-world response. Steyn proved that he is not only a brilliant fast bowler but he is also good at social media.

Bumrah is better than you.

Steyn said, “I’m sure he is, I’m retired.” His witty response suggests that the only reason why Bumrah might be better than him at the moment is that he himself has retired. The former South African professional cricketer is 38-years old and he no longer plays international cricket.

Check out his witty response:

Im sure he is, I’m retired.

His hilarious response grabbed the attention of fans who appreciated him for taking the random criticism in good spirit and giving a fitting reply:

@Jaspritbumrah93 himself will deny this with pride. Boom has along way to go.
Ignore these people Dale. They haven’t watched you. https://t.co/d3qAAGl6zm

Since making his debut in Australia in 2015, Bumrah has established himself as India’s go-to pacer in all three forms of the game in no time. In the IPL 2022, the right-arm pacer is playing for the Mumbai Indians. Though he has proved his abilities as a fast bowler, comparisons to Steyn might be immature.

Steyn announced his retirement in August last year. He played 125 One-Day Internationals, 93 Tests, and 47 Twenty-20 Internationals for South Africa and had a spectacular career by capturing close to 700 international wickets as a bowler.

Who do you think is better? Comment down below.